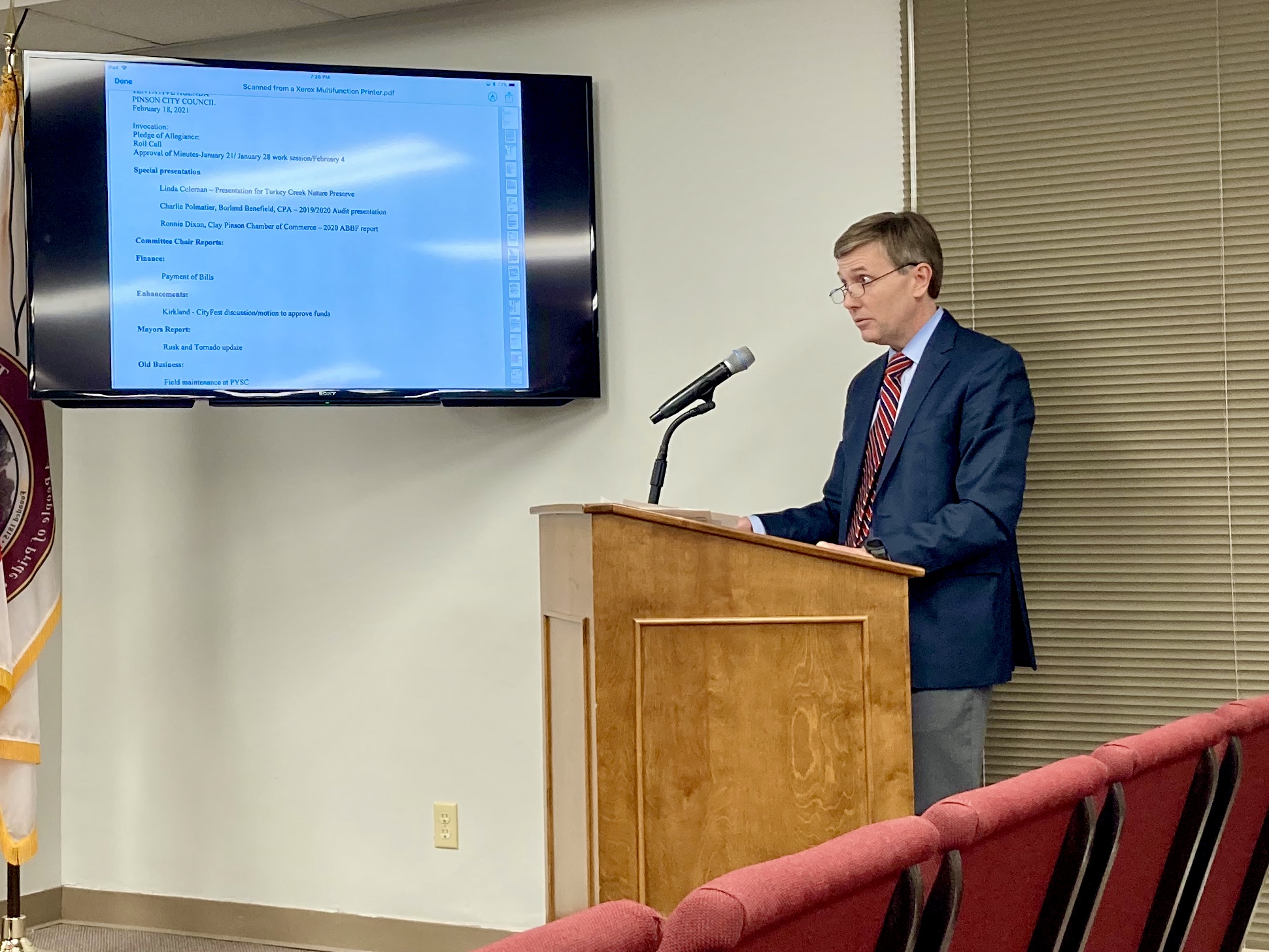 Polmatier said that the financial highlight was that despite having spent significant reserves the past two years in terms of capital improvements, including the Rock School Center, library and other items, the city was able to build back its reserves to a “strong, just-over-six-months operating reserve.”

“From a financial standpoint, the city couldn’t be healthier, from my point of view,” he said. “Congrats, because I’m always impressed. A year ago, I guess, everybody was chewing their fingernails off possibly about how (the pandemic) was going to affect not only everyone’s personal life, but their city. Fortunately, while it’s been a rough year for sure, the city has weathered it financially.”

Not only did the city weather the shutdown due to Covid-19, but Polmatier said sales tax income for the city of Pinson was higher from April through June 2020.

“The ‘doomsday’ has not turned out that way,” he said. “It turns out that local people shop local.”

The city council unanimously approved a motion from Councilor Dawn Tanner to adopt what she called “the 2019/2020 excellent audit.”

The council also approved a resolution to increase the city’s allocation to the Clay-Pinson Chamber of Commerce from $10,000 to $20,000. Resolution 21-3 passed with one abstention, from Councilor John Churchwell, who is a member of the chamber.

“They do great work in our community and we appreciate it,” Cochran said.

In other city business, the council passed the following:

Additionally, Mayor Cochran informed the public that there will be a barbecue cook-off at Bicentennial Park on March 6 to raise money for the Rusk Mobile Home Park tornado relief. The event will take place from 11 a.m. to 5 p.m.

“They will be taking financial contributions that day and supplies to help rebuild at Rusk,” Cochran said. “All are welcome to participate.”