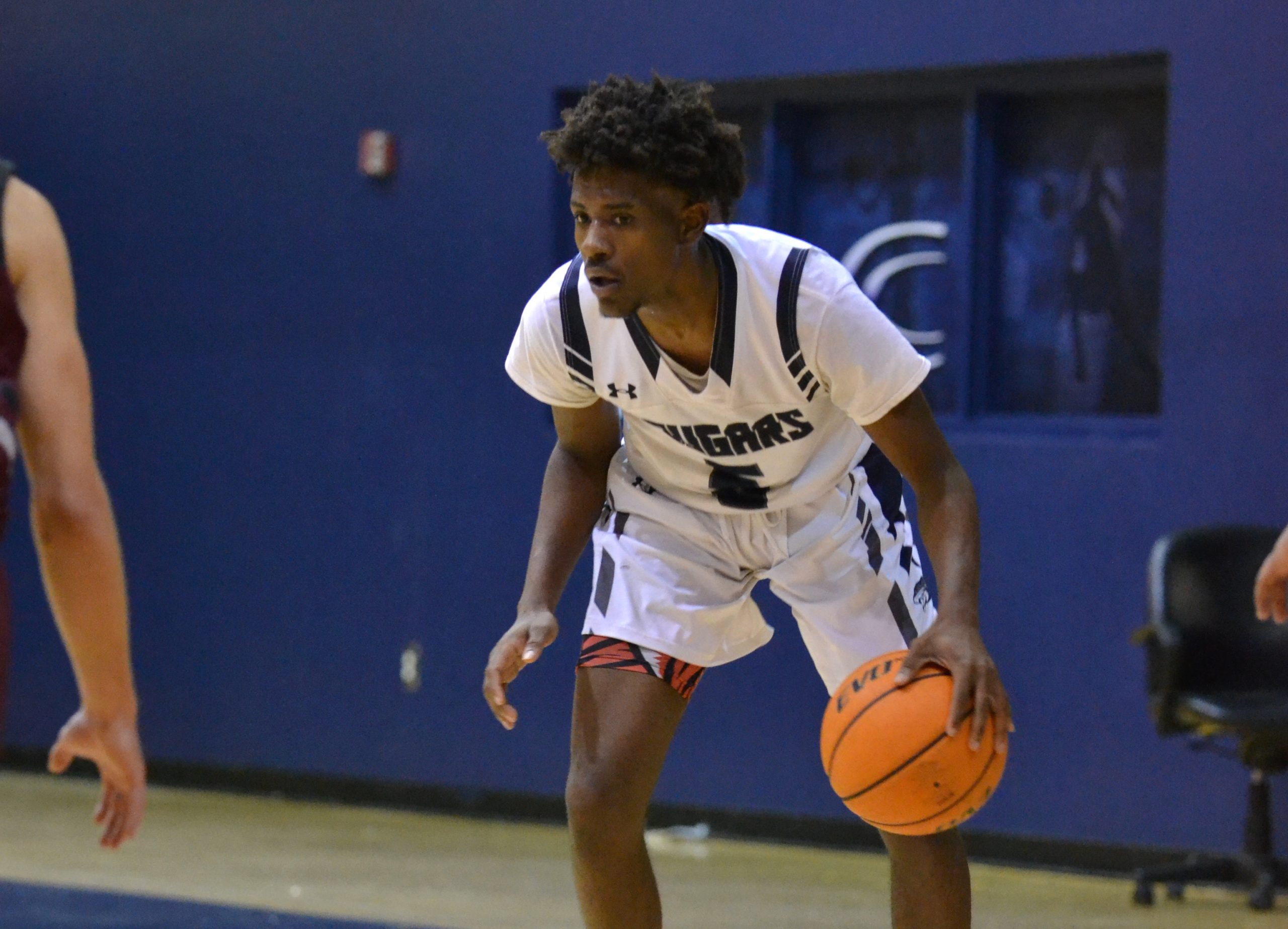 Clay-Chalkville guard Isaiah Daniel handles the ball during a home game with Gardendale on Jan. 19, 2021. Photo by Erik Harris

A pair of local boys basketball teams were in action on Monday night in the AHSAA state playoffs. See game recaps below.

Isaiah Daniel ripped off 30 points on Monday night to advance his sixth-ranked Cougars into the Class 6A Elite 8 for the first time in school history.

Daniel’s big night propelled Clay-Chalkville (21-4) on the road as the Cougars knocked off Buckhorn 52-47, matching them with Scottsboro in the Northwest Regional final on Wednesday in Hanceville. Senior point guard Donovan Shangase also chipped in with 12 points and senior forward Jonothan Harris reeled in 12 rebounds in the historic win.

The Class 6A, Area 12 champions opened up the playoffs on Saturday with a 58-40 home win over Muscle Shoals.

The season has come to an end for the seventh-ranked Center Point boys basketball team following a 66-43 second-round playoff defeat in Huntsville.

The Eagles kept things close for two quarters, but struggled down the stretch as Mae Jemison stretched what had been a 5-point halftime advantage into a double-digit lead that only grew from there. The Jaguars drove inside for bucket after bucket throughout the second half, outscoring Center Point 42-24 during the final 16 minutes.

Senior Jordan Chatman put up 26 points in the loss. KC Irby Jr. was the team’s next leading scorer with five.

The Eagles end their season at 11-8 overall after winning the Class 5A, Area 12 championship. Head coach Rodney Chatman’s boys opened up the playoffs with a 60-54 home victory over Wenonah last week.

As for Mae Jemison, the Area 16 runner-up now looks to a regional final bout with No. 2 Lee-Huntsville on Tuesday in Hanceville.