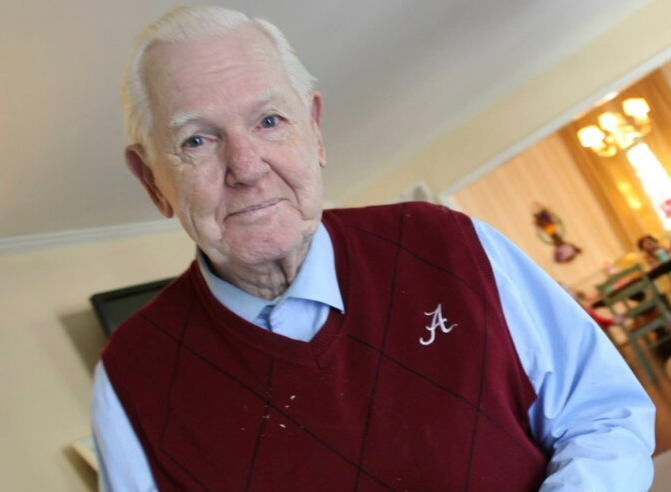 Benjamin Harrison Campbell, 93, of Birmingham went to be with the Lord on Wednesday, March 3, 2021.

Benjamin, who was called B.H., Bill, Ben or Sammy Bill by his friends and relatives, was born September 13, 1927, to Harrison and Dovie Campbell, of Gardendale. Because his father died when he was three weeks old, his mother took him and his five siblings to live at Masonic Home for Widows and Orphans in Montgomery, where he spent his childhood. He later published several books about his experience there.

Benjamin was a WWII vet who enlisted in the Navy during the spring of 1945 and trained for action in the Pacific. He was stationed Okinawa for fifteen months. He later moved to Birmingham, where he married Eleanor “Gay” Darby in 1949 and started a family. He was a printer, insurance salesman and church financial planner.

Benjamin was a follower of Christ and member of South Avondale and South Roebuck Baptist Churches. He loved animals, watermelons, Alabama football, fishing, church hymns and his family. He is remembered for his captivating stories, humor and kindness.

Benjamin was preceded in death by his parents; his wife, of 48 years, Gay Darby Campbell; brothers, Howard, Robert and Sam; sisters, Geraldine Hickman and Evelyn Raudman.

In lieu of flowers please send donations to Zamora Shriners P.O. Box 1000069 Irondale AL 35210 or to the American Cancer Society.