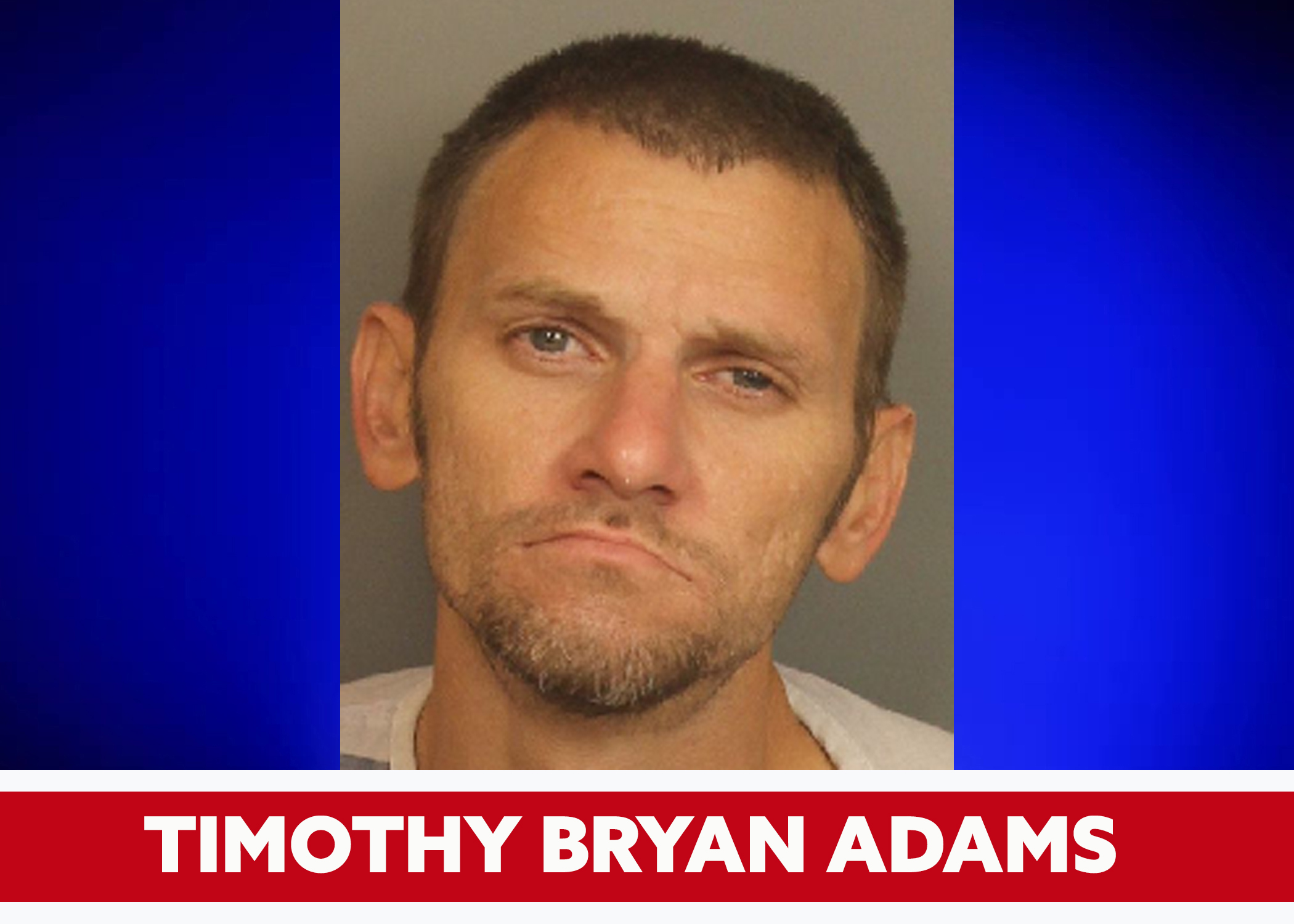 TRUSSVILLE — Crime Stoppers of Metro Alabama is asking for information locating the suspect in a theft from a truck parked at the Hampton Inn.

Trussville Police were called to the hotel on Edwards Lake Road on Tuesday, Feb. 23, 2021. The owner of the truck told investigators a toolbox was stolen from the bed of the truck sometime overnight. The owner said he had a heat gun, a drill, a sawzall, and a respirator inside the toolbox.

Timothy Bryan Adams, 40, is now wanted in connection to the theft. He is faced with felony warrants charging him with unlawful breaking and entering a vehicle and theft of property third-degree.

Adams’ last known address was in the 600 block of Boat Landing Road, in Oneonta. If you have information on his whereabouts, you are asked to call Crime Stoppers of Metro Alabama at (205) 254-7777. You will remain anonymous and could be eligible for a cash reward.