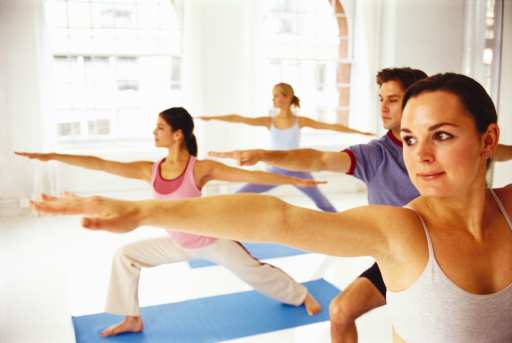 MONTGOMERY, Ala. (AP) — Alabama’s decades-old ban on yoga in public schools could stay in place a little longer following push-back from conservative groups who said they were concerned about ties to Hinduism.

The Alabama Senate Judiciary Committee on Wednesday did not advance the bill after a public hearing in which representatives from two conservative groups objected because of yoga’s historic ties to Hinduism. The legislation failed on a tie vote but the committee chairman said he would bring the bill back for another try when more members are present.

The Alabama Board of Education voted in 1993 to prohibit yoga, hypnosis and meditation in public school classrooms. The bill by Democratic Rep. Jeremy Gray of Opelika, says school systems could authorize yoga if they choose. Yoga done in school would be limited to poses and stretches, and all poses would have to have English names. The use of chanting, mantras and teaching the greeting “namaste” would be forbidden.

But it wasn’t enough for some groups.

“Yoga is a very big part of the Hindu religion,” Becky Gerritson, director of Eagle Forum of Alabama, told the committee.

“If this bill passes, then instructors will be able to come into classrooms as young as kindergarten and bring these children through guided imagery, which is a spiritual exercise, and it’s outside their parents’ view. And we just believe that this is not appropriate.”

John Eidsmoe, the senior counsel for the Foundation for Moral Law, said the exercises are the essence of Hindu religion. He suggested schools could have yoga clubs instead or parents could sign forms stating they “understand the Hindu origins of this.”

Gray said he was disappointed but hopes the bill will pass the next time it comes before the committee.

Gray, a former cornerback at North Carolina State University, said he was introduced to yoga through football, and enjoyed it so much that he later became a yoga instructor. He said the exercises can provide mental and physical benefits to students. Many professional and college sports teams incorporate yoga into their training because the benefits to flexibility and concentration, he said.

”This whole notion that if you do yoga, you’ll become Hindu — I’ve been doing yoga for 10 years and I go to church and I’m very much a Christian,” Gray said.

The House of Representatives had approved Gray’s bill on a 73-25 vote.

The 1993 Alabama yoga ban got new attention in 2018 when an old document circulated listing yoga — along with games like tag — among inappropriate activities in gym class.