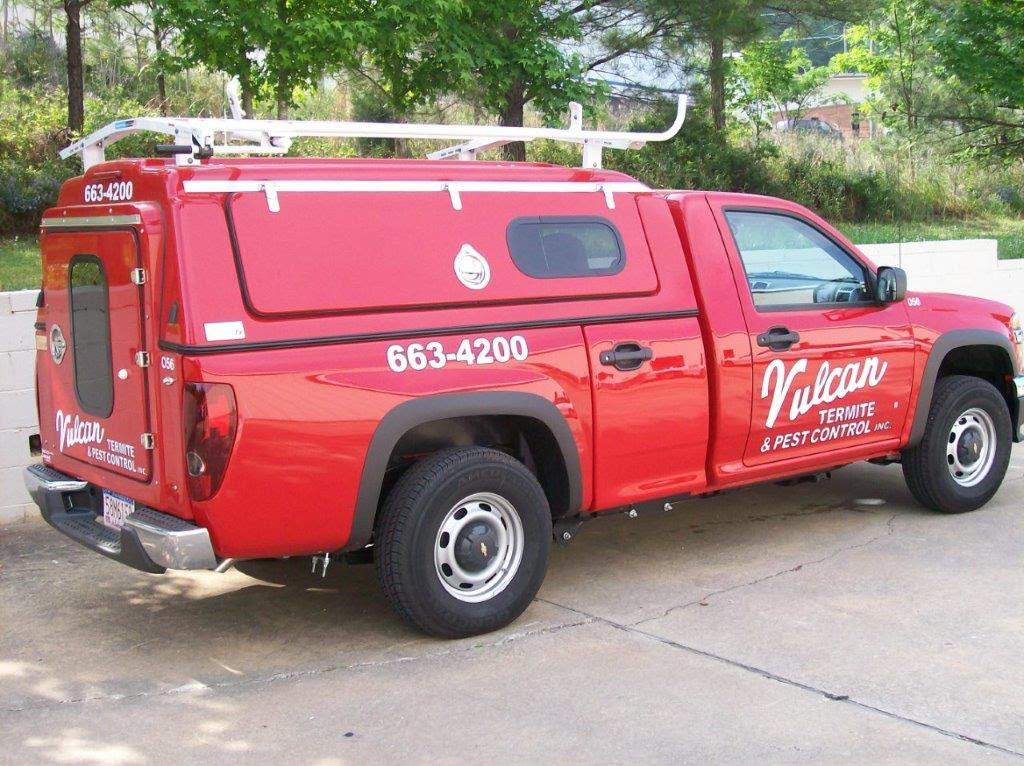 As unsightly and frustrating as a weed-ridden lawn might be, the true threat to a residential or commercial business does not bask in the warmth of the sun, but instead lurks within the foundations of buildings and conducts its business in solitude, until the worst comes to pass.

Those threats take the form of pests, such as termites, small rodents and household insects. Termites alone are responsible for more than $1 billion to $2 billion in property damage per year in the United States. The job of preventing those unwanted visitors falls to Vulcan Termite and Pest Control, which is locally owned and based out of Pelham, Alabama.

The company prides itself on a deft touch when it comes to protecting both residential and commercial buildings. With a staff of over 30 employees, which all told brings nearly 300 years of total pest control experience to the table, it is no wonder that Vulcan is one of the best pest control companies in the state.

“We are experienced, and we do care about our customers in a fashion that some folks don’t,” Vulcan Termite and Pest Control General Manager Fred Smith said. “We do believe in trying to build a relationship with those customers. Not only do we offer termite control, but we also offer pest control services, mosquito services and wildlife exclusion services.”

Vulcan, which was established in 1965, conducts its business within five counties surrounding the Birmingham metro area and has spent quite a bit of time working within the Trussville area as new homes rise throughout the rapidly growing city.

“With a lot of new construction and a lot of new neighborhoods being developed we find that people forget about their termite control,” Smith said. “People really do need to maintain that. This time of year, when people are working on their taxes, people also need to be looking at their termite contract. See what it says and study that. If they have any questions, call us and we’ll be glad to help them.”

Unchecked, termite infestations can wreak havoc on a residence or a commercial building. Termites can damage support beams, roof supports, ceiling joists, wall studs, posts and foundations, if not discovered. Adding upon the misery is the fact that termites thrive in warmer weather, and as such, are most prevalent in the South, Southeast, West and Southwest, with Alabama residing in the top five states at the worst risk of termite damage.

That is why maintenance and constant supervision are needed.

Knowledge, Smith said, is the best deterrent when combating pests and termites, which is why Vulcan does its best to educate its customers on termite control and the need to properly maintain their business or home. As a bonus, Vulcan extends repair contracts, which few other pest control companies offer. Repair contracts, according to Smith, offer customers a guarantee of a repair should termites bypass defenses.

“We go the extra step and have a repair on about 90% of our contracts,” Smith said.

In addition to termite eradication, Vulcan does a lot of small animal exclusion, which includes raccoons, opossums, squirrels, and bats, among others. Vulcan will safely remove the animal and further inspect the home to shore up any possible entrances. Once an animal exclusion is conducted on a house, Vulcan will offer at least a two-year warranty on the work that was performed.

For further insight, Vulcan retains a board-certified entomologist, who updates the company’s training and keeps it abreast of best “termite and pest control strategies.”

“We work to be the best value for the money,” Smith said.

For more detailed information regarding pests and termite problems, you can visit Vulcan’s website and access the company’s pest blog, which dives into various topics such as education and prevention and seasonal pests.