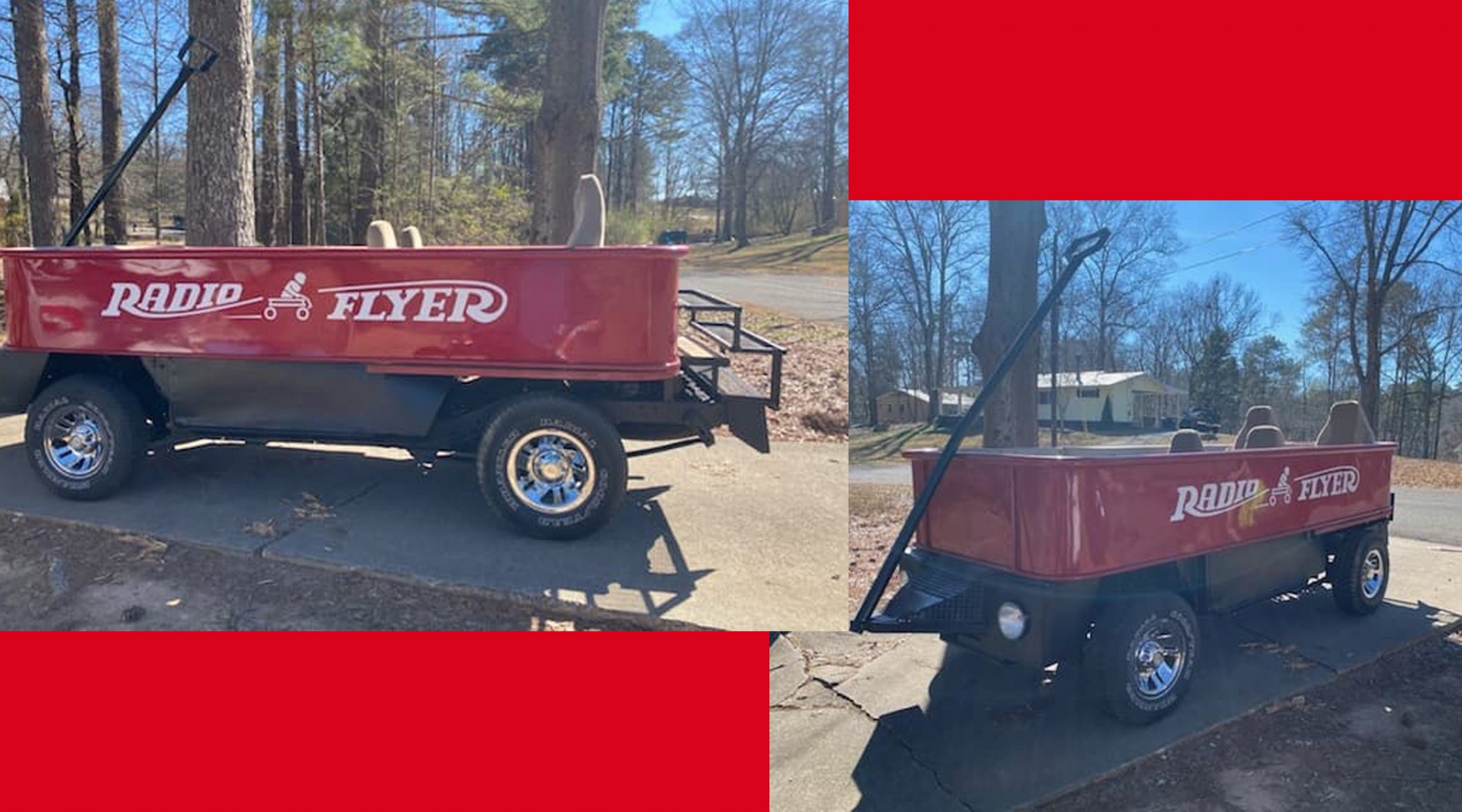 TRUSSVILLE — If you’ve been out and about lately, you may have noticed an interesting vehicle on the roadways. Kasey Graydon’s Radio Flyer wagon has been rolling through town and turning heads.

Graydon, who owns 5k Autos happened upon this unique vehicle and he had to have it.

The wagon was built by Keith Reed, of Snead, and his grandson, John Alan Schaefer. They built it from a 1998 two-door Ford Explorer. 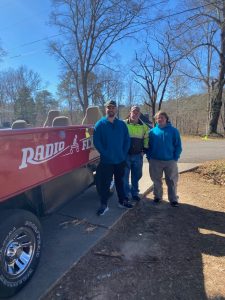 “Him and his grandson just cut the top off of it, took the seats out of it and everything and then they put fiberglass all the way around,” said Graydon. “He used a projector on the logo to hand-trace it. He put that giant handle on the front and it just looks like a big Radio Flyer wagon.”

Graydon bought the treasured vehicle and before he knew it, he heard from a car museum in California.

“Through the grapevine with all the car dealers I know from all over the country, this guy called me and wanted it,” Graydon said.

The guy is Phillip Koperdowski. He has a warehouse full of unique vehicles in Los Angeles, and he opens his collection as a museum in the fall.

Graydon has been driving the wagon around, when weather permits, since he bought it in January.

“We’ve been driving it around and having fun,” said Graydon. “I feel like Santa Claus and I have to wave at everybody. There is a lot of rubber-necking, people pulling over and taking pictures. The first time I drove it, I went to the Shell station on Deerfoot Parkway to put gas in it and there were people there taking pictures with it and smiling and waving. You have to make sure your hair looks good before you go out in it because everybody’s looking at you.”

He has even picked his kids up at school in the wagon. He said the first time he brought it to Cahaba Elementary, kids swarmed around it and hopped inside.

“There was a lot of shock and awe,” he said. “It makes anybody at any age smile.”

Graydon said he wanted to rent out the vehicle but since it had a Radio Flyer logo on it, the company would not allow him to do rentals.

“They sent me all kinds of cool Radio Flyer paraphernalia and said, ‘Thank you for loving us,” said Graydon. “But they couldn’t let me rent it out.”

Trussville Police have pulled over the wagon. On the scanner, you could hear an officer say, “Uh, I have a really large red wagon…”

The reason? No tag. Graydon said he forgot to put on the dealer tag before he left, so he was told to remember that from now and to add seatbelts to the vehicle.

The wagon will be in Trussville for a couple more weeks before it is picked up by the museum. Until then, you can expect to see the big red wagon out and about.

Koperdowski has also offered to fly Graydon to California any time he wants to see the wagon.