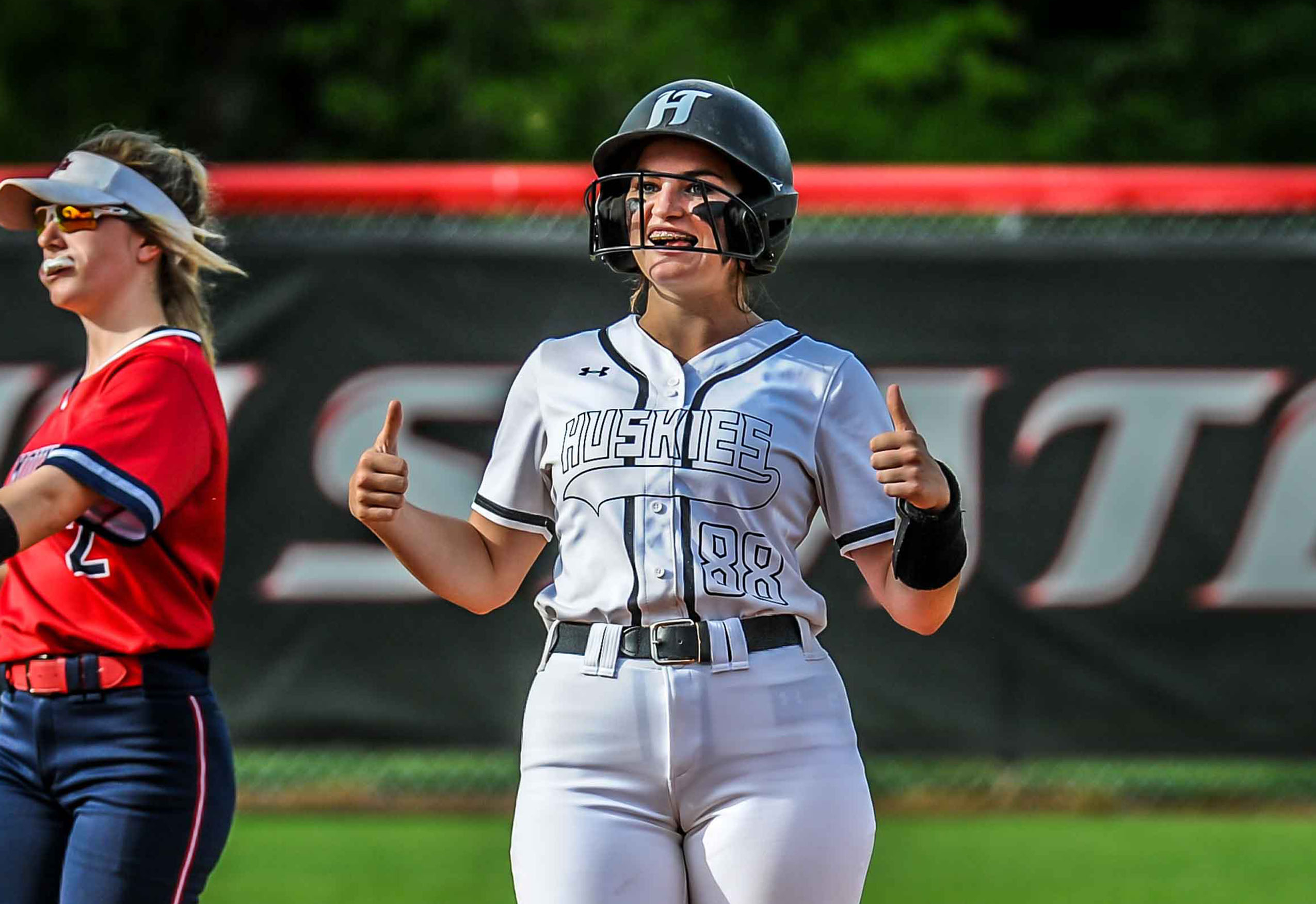 Hewitt-Trussville's Katelyn Murphy celebrates a hit during a home win on April 13, 2021. Photo by Vickie Unlap

TRUSSVILLE — The top-ranked Hewitt-Trussville softball team got back in the win column on Tuesday afternoon at home.

Senior Crystal Maze stroked two homers, freshman Sara Phillips tossed a complete-game one-hitter and the Huskies overpowered Class 7A, Area 6 foe Oak Mountain 9-0 to bounce back from a rare loss last week. With the win, Hewitt-Trussville climbs to 32-2-1 overall, including a 3-1 record in conference play.

The team’s one area blemish came last Wednesday in an 8-6 home loss to No. 4 Spain Park.

On Tuesday, the Huskies played longball with three solo shots, including two from Maze and one from Katelyn Murphy. Maze opened up the scoring in the bottom of the second with a line-shot to right field. She went to dead center field for her second home run, stretching the lead to 7-0 and sparking a three-run fifth inning. 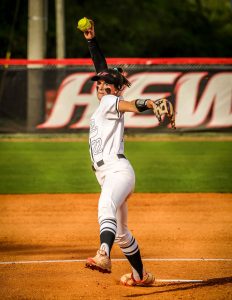 Murphy went yard in the home-half of the fourth — an absolute missile that cleared the wall in left-center field for a 4-0 advantage. Her homer also led to a three-run frame, as Kenleigh Cahalan followed with a two-RBI slap into the left-field corner.

Meanwhile, Phillips clamped down on defense with eight strikeouts and only one hit allowed in a complete seven innings pitched. The freshman righty worked three straight 1-2-3 innings to start the contest before allowing her only hit – a Dawn Autry double to left – in the fourth. She slipped into a little more trouble in the fifth with three walks, but escaped unscathed thanks to an inning-ending strikeout.

Hewitt-Trussville will be back in area play next Tuesday when fifth-ranked Vestavia Hills comes to town.