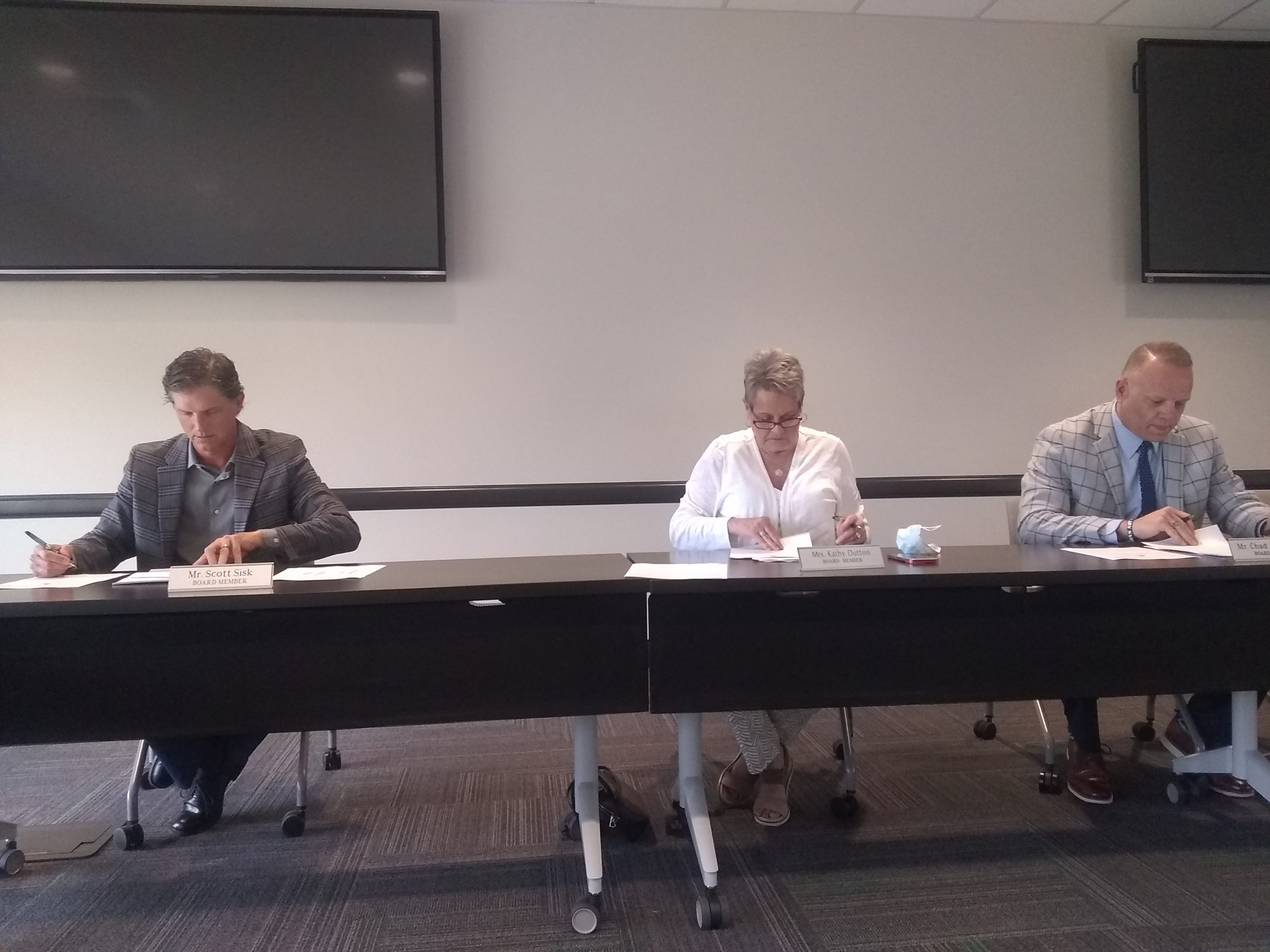 LEEDS – A meeting of the Leeds Board of Education on April 14 was attended by Superintendent John Moore, board president Scott Sisk, and members Kathy Dutton and Chad Anderson while members Jeff Hudson and Aaron Moyana were absent.

The meeting began with a March and February report from Finance Officer Ryan Miller. Miller reported that the system was in the sixth month of the fiscal year, which is half-way. As of March 30, the system is at 64.31% of the general fund revenue and 95.21% of the local revenue.

Miller said that this is an improvement over previous reports where the revenues had suffered a slight decrease. Other schools throughout the county and elsewhere had seen a decrease in their revenues as well, partly as an effect of the COVID pandemic.

The system, in total, is at 49.18% of the budget for expenditures, Miller said. Expenses for transportation is at 56.97% at the end of March due to the purchase of a bus and a mobile communications bill. Gross payroll for March was $1,000,5000. The month was ended with an excess of revenues over expenditures in the general fund of $2.3 million and the unreserved fund balance is $4.87 million.

“I feel good about where we’re at thus far,” Miller told the board.

The sole action item on the agenda was the surplus of nine busses from the school system that will be sold on govdeals.com. The buses are older models, necessitating them to be sold off. The action was passed unanimously.

Summer activities were discussed again, with registration now open for the Summer Enrichment Program at Leeds Elementary running from June 7 to July 23. The Alabama Reading Initiative’s Summer Reading Program at the primary school and will go the first three weeks of June. A third summer program is 21st Century Learning, which will have 40 students at the elementary school.

Summer school will be done at the middle school in two three-week sessions with one in June and another in July. The sessions will include three hours of instruction, as well as breakfast, and transportation.

In his comments Moore spoke about the recent stimulus package that was passed nationally and provides schools with funds, saying that the money has to be spent by the year 2023. Moore said that part of funds will go to buying teaching units.

$50,000 goes to summer school and a portion of it will go to paying three new district level employees. Next year, five teaching units will be purchased, and funds will go for three new district positions, equipment for an estimated $600,000.

Moore also mentioned the federal infrastructure bill being proposed in the government that will include school public facilities. Moore stated that if the bill is passed, the funds could be used to complete the stadium at Leeds Middle School.

“My thought is we need to finish the job out here,” he said, indicating the stadium that can be seen from the board’s building. He stated that they can address the restrooms and concession portion of the structure as well as other features.

Progress with the stadium is ongoing, with a major inclusion of a $300,093 lighting plan passed in February.

Before the meeting closed, it was mentioned that the system is receiving a $85,000 state-allocated grant for professional development for secondary and elementary in ELA (English, Language, Arts standards). $9,000 was also provided for assessment tools.

The next meeting is scheduled for May 11 at 6 p.m. at the Leeds City Board of Education Building, which is located at 1517 Hurst Ave.