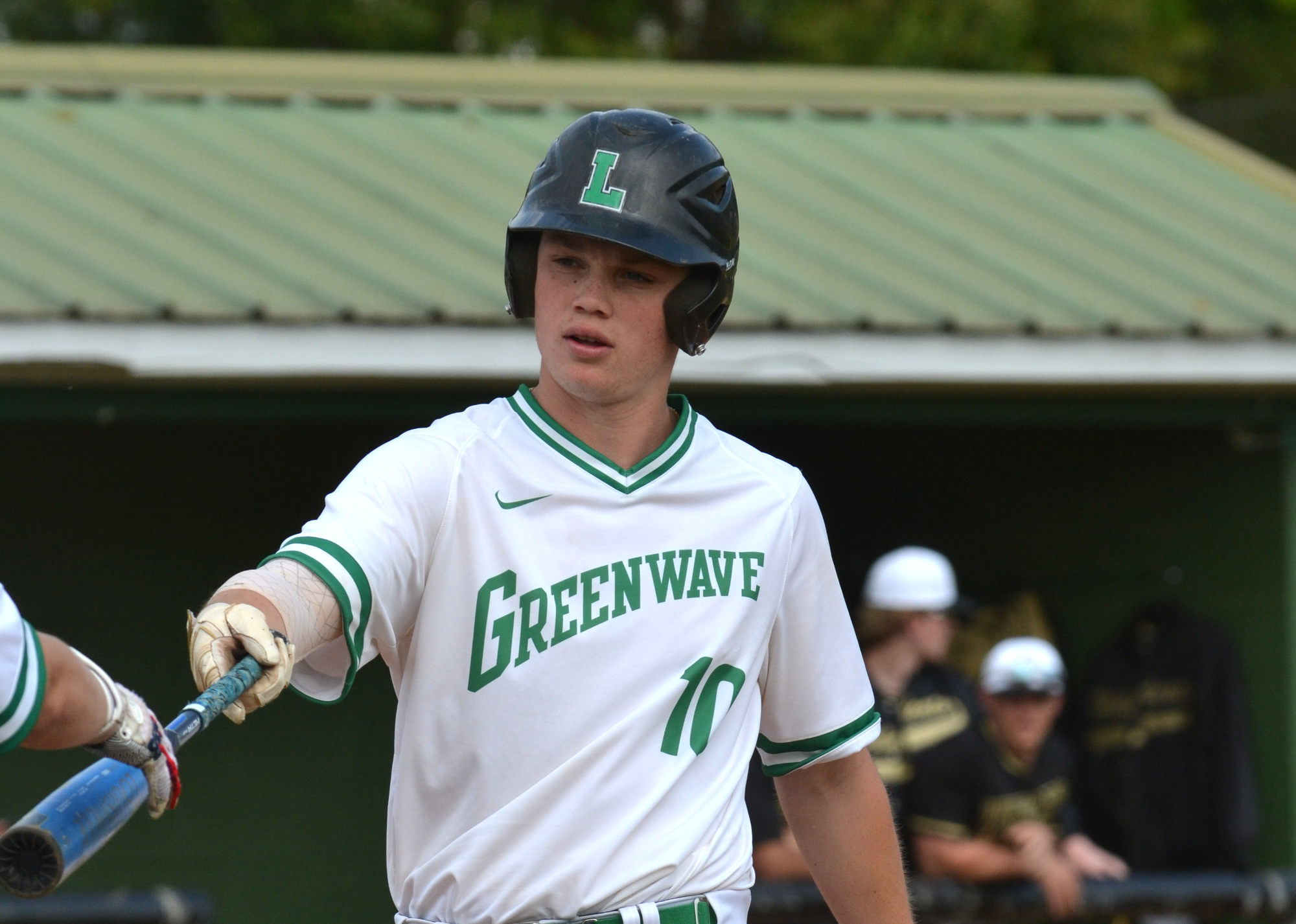 Leeds senior Tucker Jones takes the field during a first-round playoff game against Hayden on April 23, 2021. Photo by Erik Harris

LEEDS — The sixth-ranked Leeds baseball team saw its season come to an end on Friday night in the first round of the Class 5A playoffs.

The Greenwave, recently plagued with a rash of infield injuries, struggled with errors in the best-of-three series, dropping both games to Hayden Friday night, 7-1 and 10-2. Leeds (23-11) ends its season on a five-game skid after starting the year with nine straight wins.

The Wildcats advance into the second round opposite the winner of Sardis-West Point next week. 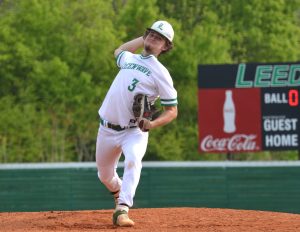 Leeds pitcher Jarod Latta fires a pitch during a first-round playoff game against Hayden on April 23, 2021.
Photo by Erik Harris

Hayden took control with a four-run sixth and never looked back. That’s all the support pitcher Cole Loftis needed on his way to a complete-game two-hitter for the Wildcats.

Loftis finished with seven strikeouts and tossed scoreless work through his final five frames. Leeds’ one run came in the second when Jackson Chambers reached on a hit-by-pitch and later slid home on a passed ball to even things up at 1-1.

Hayden answered with six unanswered, including two in the fourth and four more in the sixth. Shortstop Carson Snow drove a pair in for the visitors to go with one RBI apiece from Braden Hodges and Kyler Leamon.

The Greenwave finished with five errors, which led to five unearned runs.

It was a fast start that spurred the Wildcats in the nightcap, as they followed a seven-run first with a three-run second and coasted home with a first-round road sweep.

Hayden righty Sammy Collins worked another deep start for the Area 12 runner-ups, pitching six complete with five runs, two hits and six strikeouts. His offense supported the work with 13 hits and nine RBIs, some of which came from his own cuts.

Collins paired his pitching efforts with a 4-for-4 outing with a run scored and three RBIs for Hayden.

Leeds’ two runs came in the third off an RBI bunt from Alex Bradford and a fielding error at first base, cutting the deficit to 10-2.