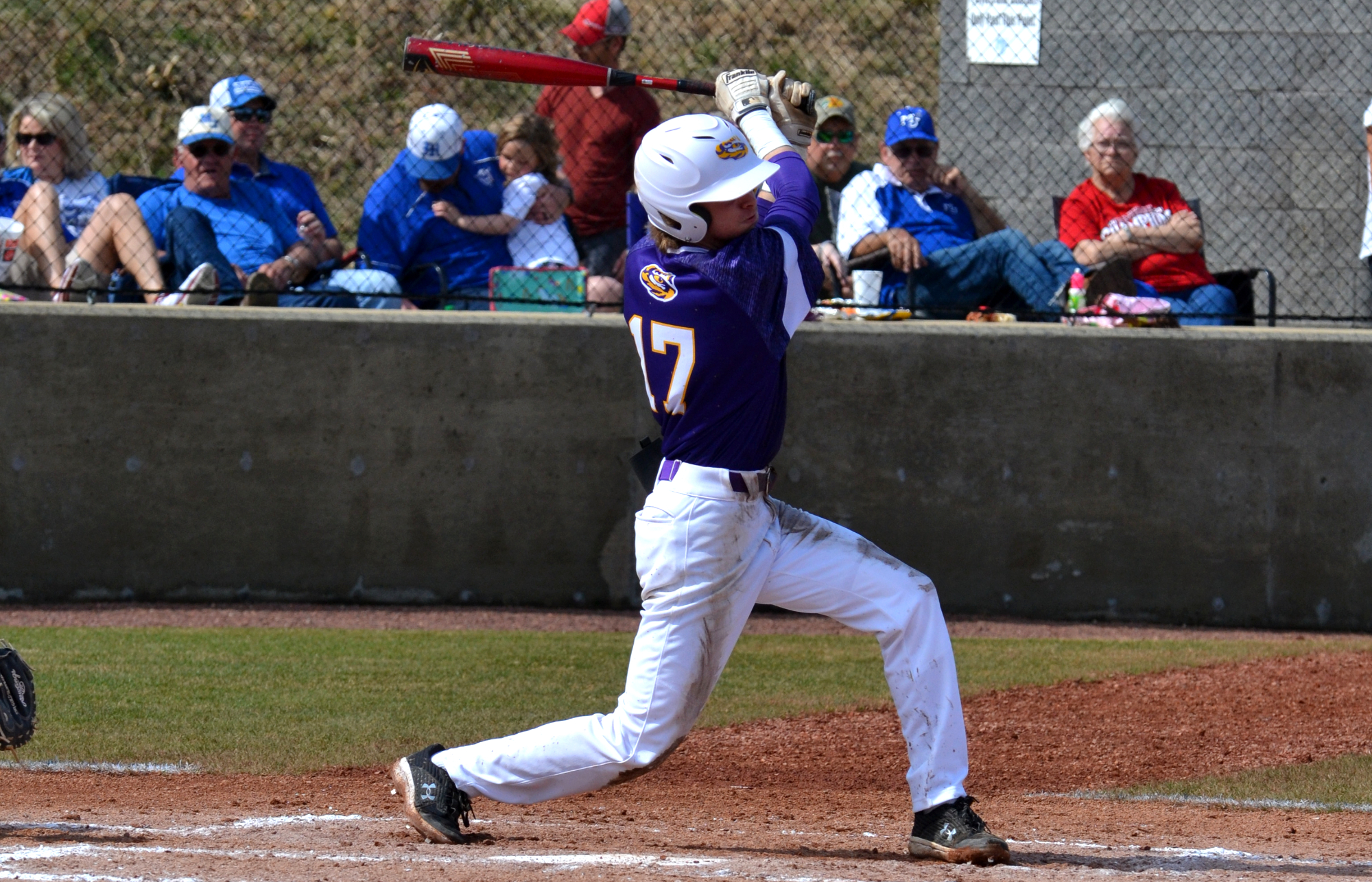 Springville's Jake Ballard swings through a pitch during a non-area game on Feb. 27, 2021. Photo by Erik Harris

The Class 6A, Area 13 runner-up Tigers started both games of a doubleheader with four first-inning runs, which ultimately culminated in wins of 7-4 and 5-4 over Fort Payne.

The Tigers (22-11) have won nine of their last 11 games and now look to a second-round series against Gardendale, who took two of three games from Minor in Round 1.

Springville began its playoff climb with another strong outing from ace pitcher Owen Prickett, who hurled all seven innings with three hits allowed, six strikeouts and one walk. The senior consistently fired strikes to earn the 7-4 win in 75 pitches thrown.

He took the mound in the bottom of the first with a 4-0 cushion and went to the sixth inning with a 4-1 advantage. Sophomore Matthew Bryan Jr. came through with three hits and an RBI to go with two RBIs apiece from Rece Gleason and Jacob Neal for the visiting Tigers.

Springville’s largest lead came in the top of the sixth at 7-1, but was quickly cut to 7-4 in the home-half thanks to a three-run shot off the bat of Cooper Harcrow. That score would later go final.

Another fast start aided the Tigers in Game 2, as they sent in four of their five runs in the bottom of the first thanks in part to a two-run single from Joshua Hunnicutt.

Springville would go on to a 5-4 win, but needed a timely strikeout from right-hander Trey Windle to strand the tying and go-ahead runs on base in the top of the seventh. Windle fanned Will Abbott for the final out — his fourth strikeout in two innings of relief.

Brady Gillespie got the start and went five complete for the Tigers with seven strikeouts and seven hits allowed. Springville managed to draw eight walks and finished with five hits, including a double and a game-winning RBI single from Gleason.