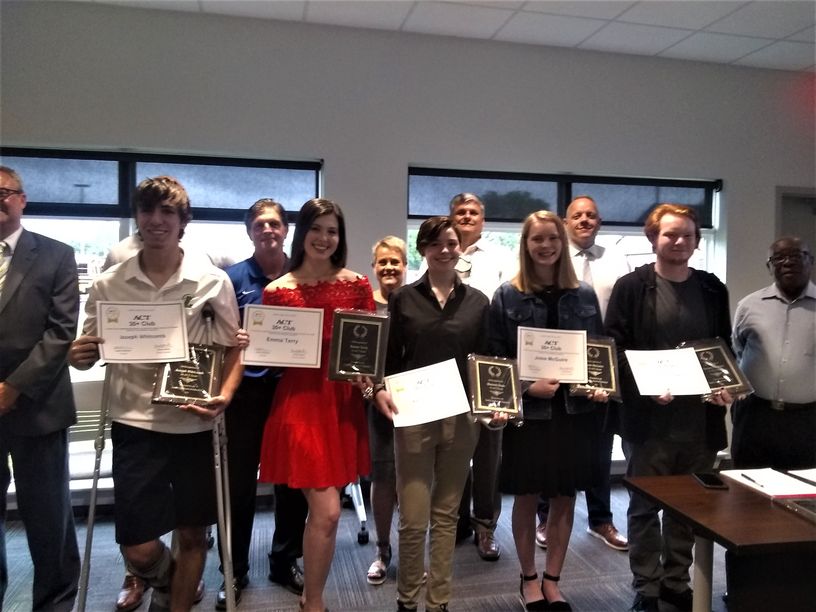 LEEDS – Six Leeds High School (LHS) students who scored a 30 or higher on the ACT were recognized at a meeting of the Leeds Board of Education on Tuesday, May 11, 2021.

Leeds High School tennis coach Jeff Thomas brought his team to the meeting where he thanked the board for their help in expenses for a trip to Mobile. In addition to playing tennis games there, the team spent time at the beaches and toured the U.S.S. Alabama. 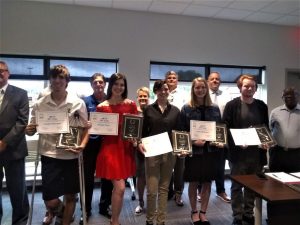 Afterward, the board recognized the six LHS students. These were: Zachary Flowers, Josie McGuire, Hannah Stone, Emma Terry, Joseph Whitcomb and Jonathan Robbins. Each student was given a plaque and a certificate. Robbins was not in attendance at the meeting.

Schools Finance Officer Ryan Miller gave a presentation for the amendment of the fiscal year 2021 budget in May for the consideration of the board. The amendment adds new personnel, supplements or extra pay – including extraordinary compensation and 2% state raise – and expenditures after the original budget was approved.

In a copy of the amendment was included a number of added state revenue. Among these were funds from the Alabama Reading Initiative for summer reading for $25,800 and intervention for $4,816, as well as a donation from the state legislature of $32,000.

The amendment adjusted local revenue in the following:

Miller said that they are still in the application process for funding from the Elementary and Secondary School Emergency Relief Fund or ESSER II for $1,166,153 and ESSER II ALSDE Reserve for $85,032. The amendment’s second page listed expenditures not included in the original budget. These were for various equipment, grant expenses, furnishing and upgrades to the stadium.

The budget amendment was later passed by the board. Financial reports can be seen on the Business and Finance section of the Leeds City Schools site.

During his comments Superintendent John Moore said that graduation for Leeds High School students will be held on May 27 at 6 p.m. Ceremonies will be held at the Church of the Highlands, Grants Mill Campus. No tickets are necessary for this event.

Moore also mentioned the recent passage of the TEAMS Act, which will raise the pay of teaching positions for science, math, and computer science.

The next meeting is scheduled for June 8 at 6 p.m. at the Leeds City Board of Education Building, which is located at 1517 Hurst Ave.