Here is a look at where some key issues stand:

One of the most pressing issues is to give final approval for the general fund budget for next fiscal year. The bill is in conference committee to work out differences between the House of Representatives and Alabama Senate. The $2.4 billion spending plan is up a modest 3.6% over this year. The budget includes a 2% pay raise for state employees.

The bill by Republican Rep. Wes Allen of Troy would explicitly forbid election workers from setting up curbside areas for people to vote as well as forbid the setting up of voting machines outside a polling place. Curbside voting is a voting method that civil rights organizations had sought during the COVID-19 pandemic and have argued that it would make it easier for people to vote, particularly the elderly, disabled and parents with young children. The House approved the bill and it is awaiting a vote in the Senate. 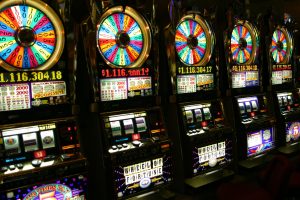 House leaders are doubtful a gambling bill will return for a House of Representatives vote on the last day. The Senate-passed proposal would allow a state lottery and nine casinos in the state. However, negotiations in the House of Representatives fell apart. Republican Rep. Chris Blackshear, who handled the bill in the House, said he doesn’t expect either the gambling bill to make a return in any form. Blackshear said if lawmakers can come to an agreement, he is hopeful Alabama Gov. Kay Ivey will call a special session on the issue later this year.

The bill would make it a felony punishable by up to 10 years in prison for a doctor to prescribe puberty-blockers or hormones or perform surgery to aid in the gender transition of people 18 or younger. The Alabama Senate approved the bill in March, and it awaits a vote in the House. Opponents, including parents and trans youth, say such measures interfere with medical decisions and target trans individuals for the sake of politics. Sponsors counter that they are trying to protect children from decisions that should wait until adulthood. Arkansas earlier this year became the first state to enact such a measure. 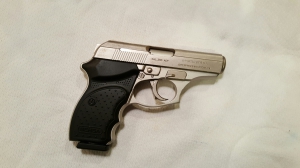 The Alabama Senate approved legislation to make it a crime for local police officers to enforce any new federal gun restrictions, part of a wave of GOP nullification proposals to try to resist any new gun control measures. Senators voted 21-5 for the bill by Republican Sen. Gerald Allen of Tuscaloosa. The bill is awaiting a vote in the House. Republicans in several states are pushing such measures. Opponents of the bill argued that the U.S. Constitution already protects gun rights and that Republican lawmakers are going to get the state embroiled in a costly lawsuit that they will ultimately lose.

After COVID-19 disrupted two school years, Alabama lawmakers are weighing a pause in an upcoming state requirement for third graders to pass a reading test before moving up to the fourth grade. The Senate-passed bill by Sen. Rodger Smitherman, D-Birmingham, would delay the promotion requirement now set to take effect next year. Smitherman and others said it would be unfair to force the requirement on students who were out of the traditional classroom for long stretches during the pandemic. Rep. Terri Collins, who sponsored the original law creating the requirement, said she would prefer to wait until after spring test scores are in before deciding if a delay is needed. 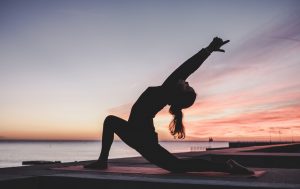 The bill by Democratic Rep. Jeremy Gray of Opelika would allow public schools to teach yoga. He says he is weighing whether to accept the changes or go to conference committee and risk running out of time to pass the bill on the busy final legislative day. Gray says he thought some of the Senate changes showed phobias or blatant disrespect to the Hindu culture. Gray is attempting to void a decades-old ban on yoga in public schools. The Alabama Board of Education voted in 1993 to prohibit yoga, hypnosis and meditation in public school classrooms.