A strip mall in the Trussville Shopping Center sits with only three operating spaces after the closure of Frontera Grill.

TRUSSVILLE — A fourth store announced it will be opening soon in the Trussville Shopping Center, off Chalkville Mountain Road. 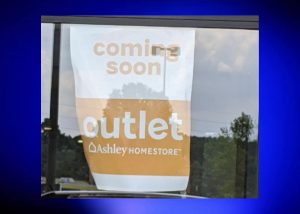 Ashley Homestore Outlet will go in the space of the former Office Depot. The store offers room-to-room furnishings including furniture and decor for living spaces, bedrooms, kitchens and more.

Previous announcements for the shopping center included the former Kmart space, which will be split into three businesses. Tractor Supply and Ollies announced they will be two tenants and Crunch Fitness has expressed interest in the third space.

The former Kmart building sat empty for several years as Aronov, the management company of the shopping center, worked to place tenants. Aronov was previously in talks about remodeling the center but no plans have been released. 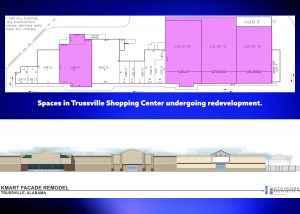 The Trussville City Council recently approved economic development incentives for the four new businesses that will go in the Trussville Shopping Center.

A tax reimbursement agreement covers 107,400 square feet of the center. The city will pay back the developer, Trussville Retail, LLC., two-thirds of its city tax revenue, up to $2.5 million, or for the first 10 years of operations, whichever comes first.

Specific opening dates have not been announced for the new stores, but Tractor Supply hopes to open by the end of June 2021.