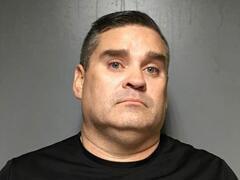 Posted By: Erica Thomason: May 29, 2021In: Crime, Metro/State/Nation
Print Email

Wathan, who works at the Pell City Police Department, was booked into the St. Clair County Jail in Ashville and was later released on a $75,000 bond.