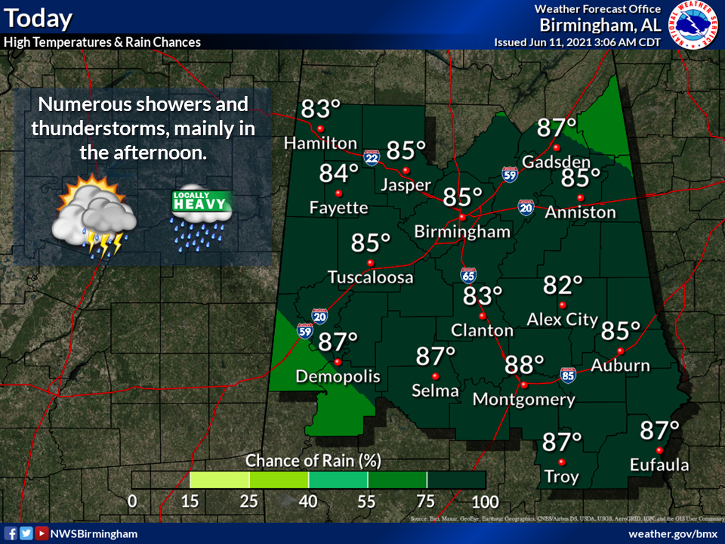 BIRMINGHAM — The National Weather Service in Birmingham has issued a Hazardous Weather Outlook for much of central Alabama, ahead of more thunderstorms and rain showers this afternoon.

Counties in the NWS area should expect numerous showers and heavy downpours at times. The storms moving over already saturated areas could mean localized flooding across northern and central portions of the state.

A Flash Flood Warning was already issued for Tuscaloosa County Friday morning and into the afternoon. Flooding caused Alabama State Route 171 in the county to be closed at mile marker 12. The Tuscaloosa County EMA said Jackson Trace Road was also closed after three to four feet deep water was reported.

Emergency officials say, “Turn around, don’t drown,” anytime there is water on the roadway.

Rain is expected to decrease in the evening hours with a chance of isolated to scattered showers and storms remaining. On Saturday, the highest chances of rain will be across southern counties.