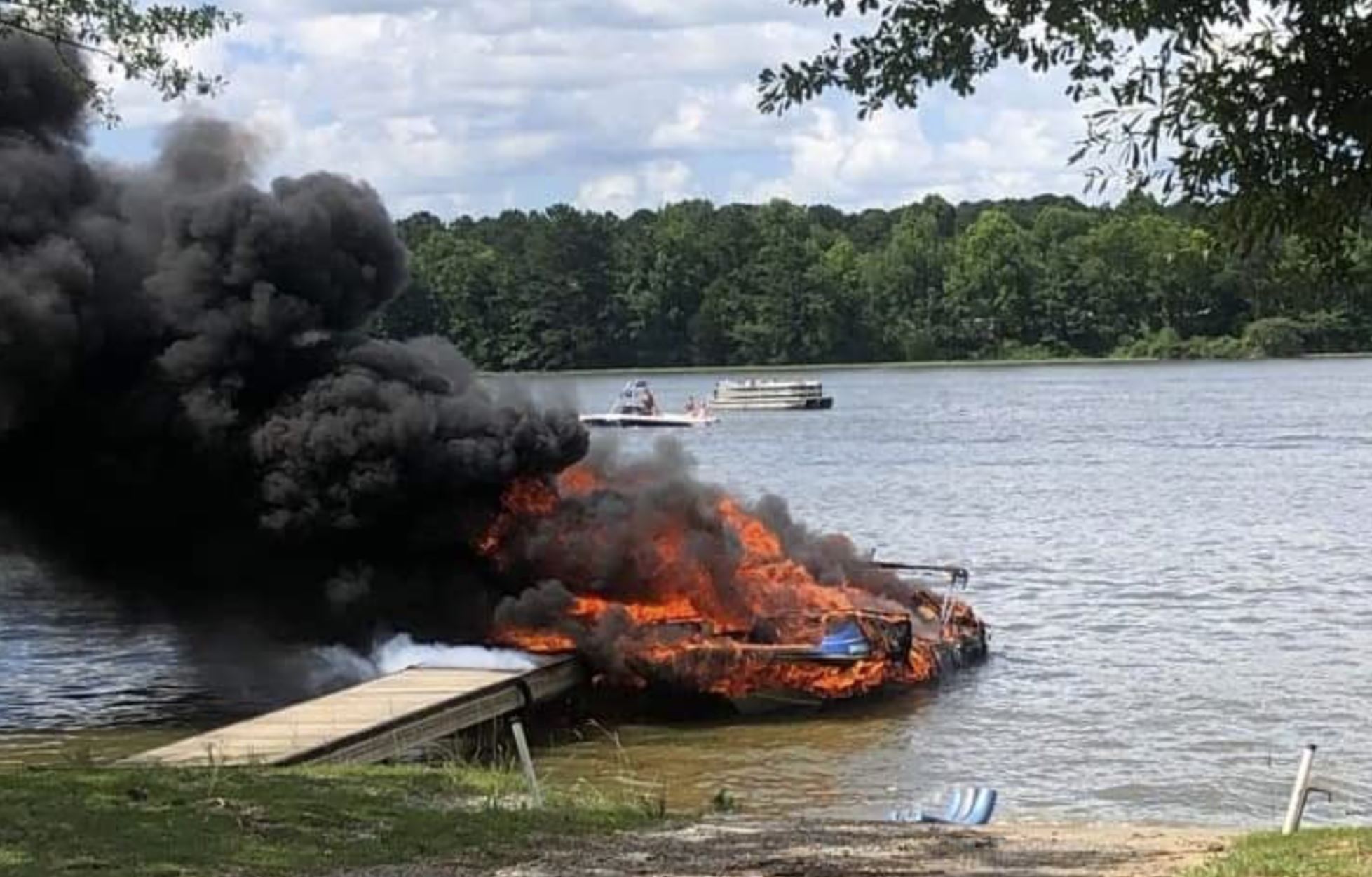 ‘Just one of them things’: Family thankful after boat explosion on Logan Martin Lake

LINCOLN — The family that owned a boat that exploded on Logan Martin Lake Sunday, is thankful after the experience. You may think the word “thankful” isn’t what would come to your mind after such a disaster, but the Johnson family, from Sylacauga, simply has a very positive outlook. 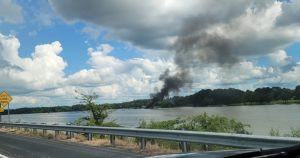 “My feelings are hurt but what can I do about it?” Ronny Johnson explained. “It’s just something that can’t bother you.”

Ronny Johnson, his wife Marie, and their granddaughter, Nyla, were getting ready to take the boat out when the unthinkable happened. Ronny was in the boat, and Marie and Nyla were in his truck.

“Me and my grandmother were in the truck backing it up,” said Nyla Johnson. “My grandfather got in the boat and tried to crank it.”

It was what happened next that could’ve changed their lives forever.

“We’re not sure what happened,” said Marie Johnson. “He had the blower on when he was trying to crank it. It cranked one time and he went to crank it again, but he made sure we could hear the blower running. When he cranked it the second time, it just exploded.”

The 2002 Hurricane deck boat quickly burst into flames, with Ronny in the captain’s seat. He was blown into the floor of the boat and miraculously, he was not hurt from the explosion. But a huge explosion wasn’t enough for Ronny to forget some important items. He quickly moved to grab his wife’s bag, which held her wallet. Unfortunately, he was unable to save everything, but his sense of humor is still intact.

“I hate that we lost six new life jackets. I lost a Yeti cup, you know? Cell phones are drowned. The cell phones had the extent of the most major injuries,” Ronny Johnson said.

The family said it wasn’t long before people started coming to see what had happened.

“Everybody started coming out of their campers as soon as the explosion happened,” Nyla Johnson said.

“All of the sightseers from across the United States came to see,” Ronny Johnson added.

Pontoon boats anchored across the way and dozens of onlookers watched as a plume of smoke continuously swirled into the sky.

Although he said he did get a little hair singed and a scrape on his leg, Ronny Johnson said it wasn’t as serious as people originally thought.

“I’m not hurt,” argued Ronny Johnson. “Everybody keeps fussing about a scratch on my leg, but I actually got it stepping off the boat launch getting my wife’s bag.

Thinking back on what she saw, Marie Johnson said the vision is reminiscent of an old country music video.

“It sort of looked like that Reba McEntire video,” Marie Johnson said. “All at once, it was just a big, huge explosion. It shook the whole truck and everything.”

Although he’s only had the boat for about a month and a half, and he’s been working on it to get it ready for the 4th of July holiday, Ronny Johnson isn’t one to dwell on the past.

“It’s just something that happened,” said Ronny Johnson. “I would’ve probably been upset had it damaged my truck.”

The truck and the boat trailer are salvageable, the family said. However, the boat is a complete loss and part of the pier where the fire happened was badly damaged.

The incident happened just after 3 p.m. and the Lincoln Fire Department responded within minutes. Marie Johnson said she is thankful that the 911 dispatcher stayed on the phone with her until first responders arrived.

Thankfully, the family has two other boats they can use for the 4th of July.

If you’re wondering what Marie Johnson was talking about when referring to the Reba McEntire video, no worries. You can watch the original video below, but you will have to watch until the end to see the big explosion.