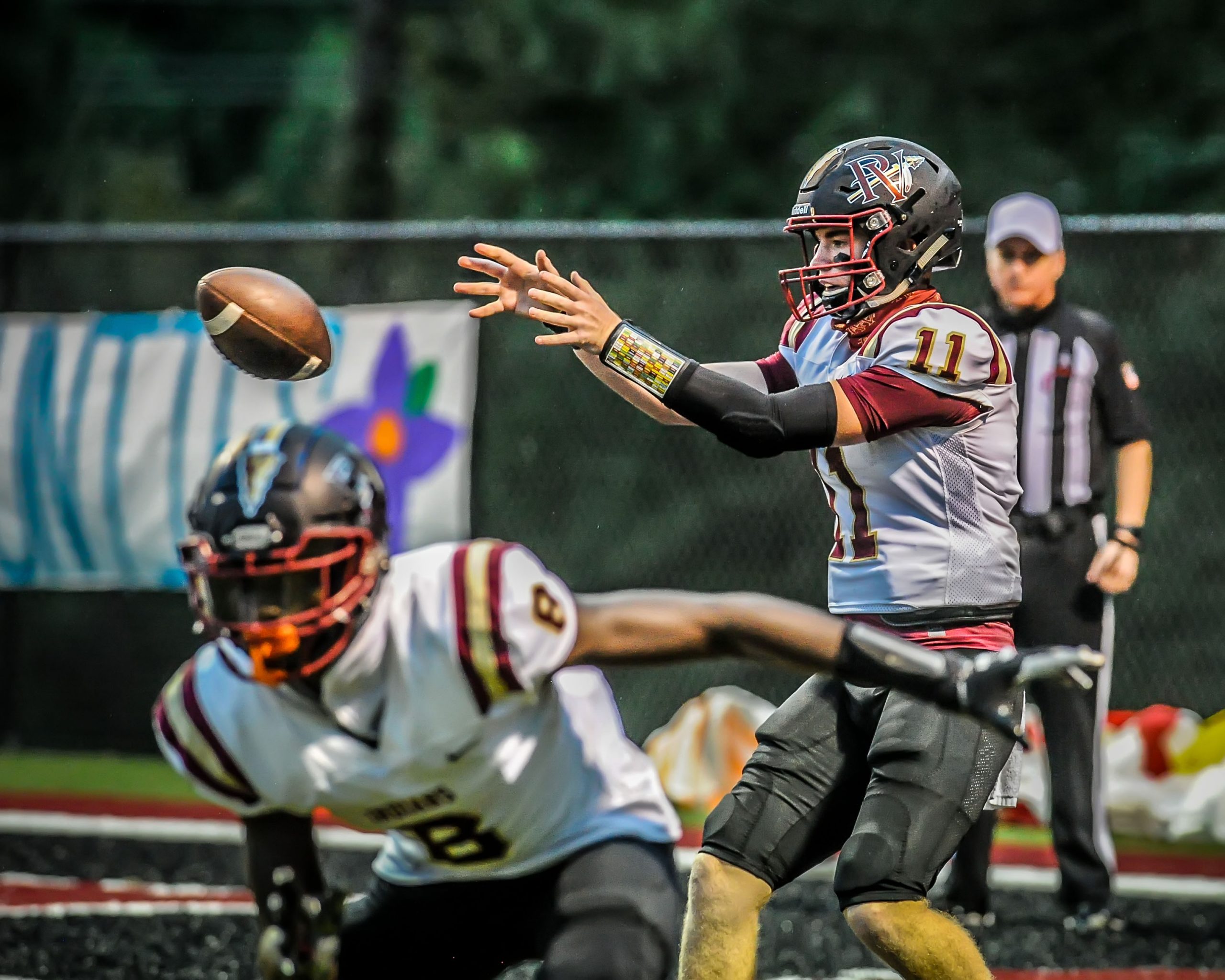 Can Pinson Valley repeat in Class 6A? 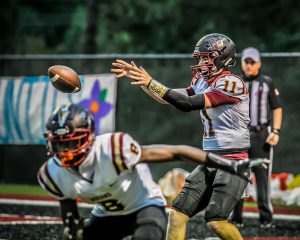 And second-year Pinson Valley head coach Sam Shade has 15 starters to replace from the 2020 Class 6A state championship team, including Alabama Mr. Football award winner “Kool-Aid” McKinstry, who will suit up for Alabama head coach Nick Saban this fall. McKinstry’s exit represents 45 receptions for 706 yards and 11 touchdowns along with 12 pass breakups and two interceptions returned for touchdowns last season.

Shade says the replacement process — not only for McKinstry, but for all 15 graduating starters — began last fall with an opportunistic approach. For a 2020 squad that won seven games by two touchdowns or more, late-game reps were available for several younger players.

“If we got up in games (last year), we tried to play our backups as much as possible,” said Shade. “Sometimes your coaches would say, ‘Man, we’re going to give up some yards on defense.’ or ‘We’re not going to score as many points.’ but I’m not a big stats guy. I’m into developing guys, whether they’re the starters or they’re backups and we feel like we’ve done a good job of that since last season.”

Several spots are up for grabs this fall, but Shade likes the pieces he has to work with.

“We’ve been identifying those guys since last season,” Shade continued. “You look at your guys that were backups, role players or maybe that fifth defensive lineman that rotated in, that fourth linebacker, those are the guys that you’re looking to step up this year.”

Coming off a state championship season — Pinson Valley’s third such run in four years — the coaching staff was eager to create a competitive atmosphere this offseason. It’s a concept Shade brought with him from eight seasons playing in the NFL.

“When you’re evaluated, you’re always looking at ways to improve… so I take that approach with this team all the time,” Said Shade during his session at High School Football Media Days last week. “I’m always looking for these guys to get better and improve and develop, so I don’t think these guys will have a let down, especially these guys that are sitting up here with me.

“But as a coaching staff, we try to do a lot of competition-type things whether it’s in the weight room or out on the field when we’re conditioning. It’s all about competition, so we try to create a (competitive environment). When you do that, I think it keeps everybody sharp.” 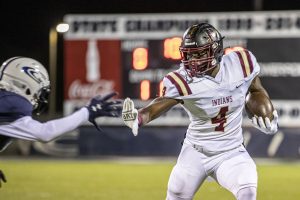 Alongside Shade last Tuesday at Thompson High School were a trio of talented seniors: quarterback Zach Pyron, running back Mike Sharpe and wide receiver BJ Diakite. Sharpe remains uncommitted with scholarship offers from Arkansas State, East Carolina, South Alabama and others in hand. Pyron and Diakite have announced their verbals to Baylor and Vanderbilt, respectively.

Pyron was named an All-Tribune honorable mention recipient last year after transferring to Pinson Valley from Fyffe. In his first season with the Indians, he quarterbacked a Class 6A state title journey — his third blue map in as many seasons as a varsity player. The 6’2” right-hander earned a spot in the Elite 11 Finals earlier this summer, and admits a fourth straight championship is important to his AHSAA legacy, at least in terms of his personal goals.

“That’s a big goal for me,” said Pyron. “The biggest reason is it wouldn’t be cool for me to win it all three years and then my senior season go without one. Senior season is big for everyone, so that’s the year I have to win it.”

To get back to the top, the Tribe will have to navigate what some call the toughest region in Class 6A. Like last season, Pinson Valley will square off with Gardendale, Minor, Jackson-Olin, Mortimer Jordan, Clay-Chalkville and Jasper in league play. Region 6 (Pinson Valley, Clay-Chalkville, Gardendale and Minor) combined for an 8-3 playoff record last year after winning three of its four first-round matchups.

“The region has a lot of good coaches,” said Shade. “They all do a great job with their players, getting their teams ready to play. You know every night you go out, you’ve got to go out and play well.”

Things don’t slack off in non-region play, as the Indians visit Hewitt-Trussville and Lee-Montgomery between home games with Shades Valley and Ramsay, each of which won playoff games last November.

The target on those black uniforms is big and red and obvious to anyone keeping up with high school football in Alabama, but what’s new?