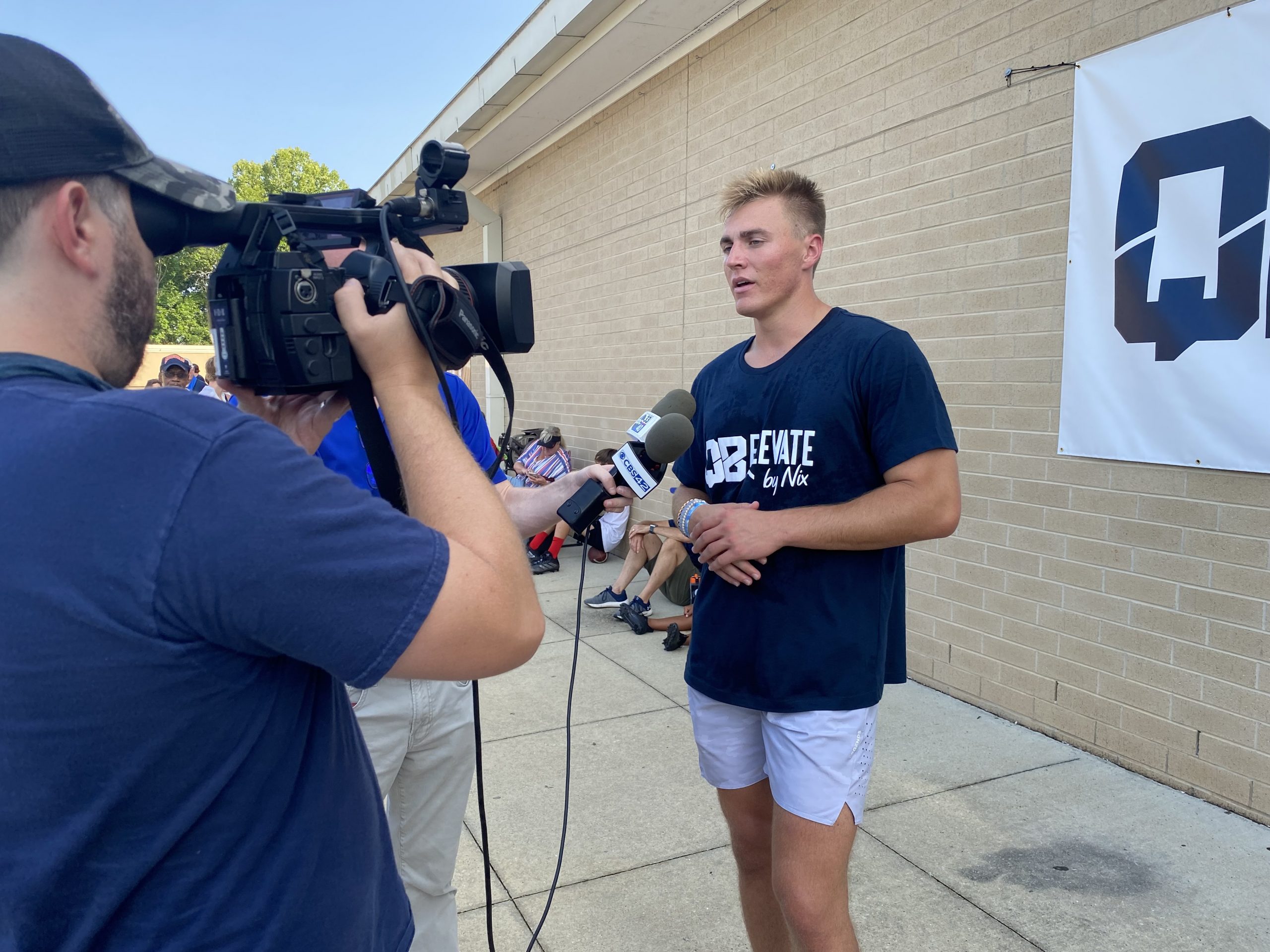 Hopefuls turn out for Nix-led QB camp at Pinson Valley

PINSON — Bo Nix knows how these kids feel. Nearly 50 young players — hopeful, ready to show what they can do — lined up on the afternoon of Monday, July 28, under the watchful eye of the Auburn quarterback and his father, Patrick, for the QB Elevate camp at Willie Adams Stadium. 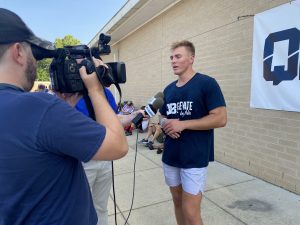 It’s a familiar place for the Nix family. It wasn’t so long ago that Bo Nix was on this field as a player, winning back-to-back 6A state titles and totaling more than 12,000 yards and 161 touchdowns as an Indian, before being named Alabama’s Mr. Football after the completion of his senior season, in 2018. Named the Tiger’s starting quarterback as a freshman, Nix led Auburn to a 9-4 season in his first year under center, including a victory in the Iron Bowl. Nix’s sophomore season was rockier, and the Tigers ended the season 6-5.

While the NCAA’s new NIL (Name, Image and Likeness) rules allowed Bo Nix to lend his name to the QB Elevate camp, he wasn’t satisfied with just having his name associated with the endeavor. Nix was on the field, along with the young players, teaching them the same types of techniques his father handed down.

“It’s a great opportunity for us players because it allows me to do things like this, where I can come out here and give back to the community and have some fun with these kids,” Bo Nix said.

While Patrick Nix moved on to coach Central-Phenix City after Bo graduated from Pinson Valley, he said that the entire family felt good coming back to Pinson.

“Everyone here has been so good to us, so welcoming,” Patrick Nix said. “It’s like old home week. There’s not a lot of places that you can come back to and just feel welcome like in Pinson.”

The elder Nix, of course, knows a thing or two about playing and coaching. Patrick Nix won back-to-back state titles as a coach at Pinson Valley, but he also helped lead Auburn to an 11-0 record as a sophomore in 1993. But seeing Bo and his younger son take leadership over the young campers was a special thing for the coach.

“It’s fun to watch (Bo) and Caleb, fun to watch them doing all of this together,” Patrick Nix said. “I’m incredibly proud of them for who they are as young men. The average fan cares a lot more about things like wins and losses, but as a Dad, there’s so much more that’s important.”

This week’s camp comes right before Auburn begins its preseason camp. After Gus Malzahn was fired at the end of the 2021 season, former Boise State coach Bryan Harsin was tapped to lead the Tigers. Playing for a new coach will be an adjustment, but that’s all part of the game.

QB Elevate was open to players as young as rising third graders to rising seniors in high school and will run through the week.