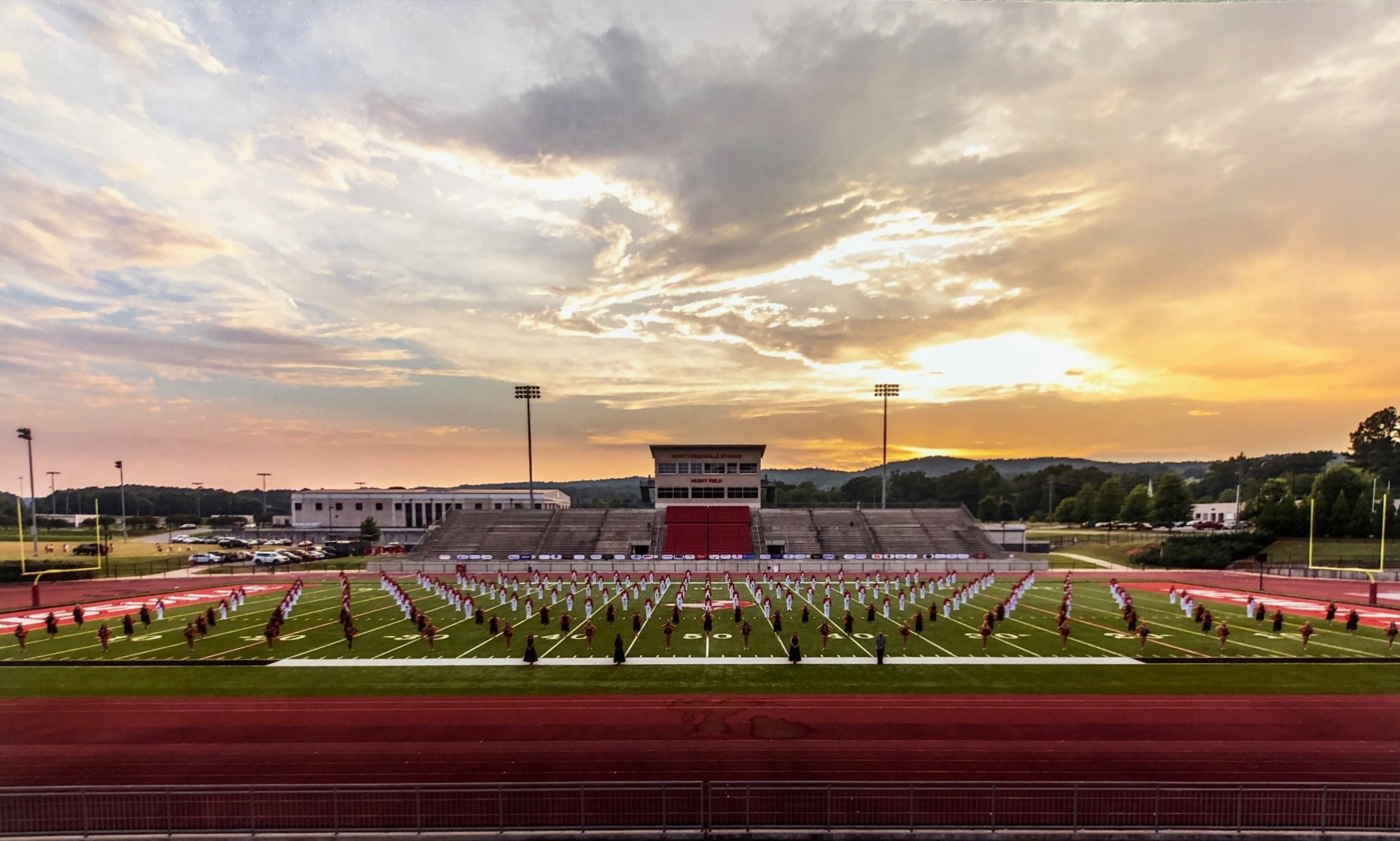 TRUSSVILLE — The Hewitt-Trussville Marching Husky Band is getting ready to wow crowds this fall. Band Camp began last week and will wrap up this week.

With steaming temps last week and a few rainstorms, the band has continued to learn and was able to complete three-quarters of the halftime show by the first week. Band Director Michael Guzman said they are working in 20-minute increments then stopping for a five-minute water break.

“It’s hot,” said Guzman. “It’s really hot but it’s going really well. We are getting a lot of stuff done and the kids are doing a great job.”

Because of the importance of staying hydrated, Guzman said they got creative and came up with a way to make sure band members have water available.

“It’s really been non-stop but we are just taking precautions because of the heat,” Guzman said. “We noticed there were kids that were not drinking enough water and they were feeling kind of woozy, so then when we’re learning formations, we replace their instruments with their water bottle. So, instead of holding their instruments, they’re holding their water bottles.”

If band members are feeling too hot, they are encouraged to sit out and hydrate until they feel better. With cooler temperatures expected this week, Guzman hopes they can finish learning the last bit of their halftime show. 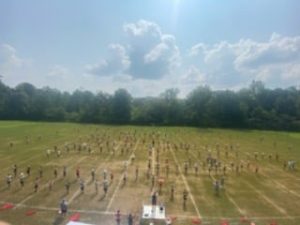 The theme for this year’s show has a Latin/Spanish theme, including numbers like Gloria Estefan’s “Conga”. Guzman said it will start out powerful and with impact.

“The Hewitt crowd is very supportive of the band and the band always rises to that expectation,” said Guzman. “But I think they will really enjoy this one. I think it will be a little more intense of a show than what we’ve had the last couple of years.”

Guzman said there are parts of the show where each group of the band will get a chance to show off. There is also a trumpet solo that will turn into a trumpet duet. The percussion also has a couple of features.

“There’s a lot of showing off in terms of individual groups just to get every group of the band to highlight themselves,” Guzman said.

The first game for Hewitt-Trussville football will be played at home, against Pinson Valley High School, on Friday, Aug. 20.