MOODY — The Moody Police Department recently received a $3,000 donation from a neighboring police department, to complete the Law Enforcement Memorial. 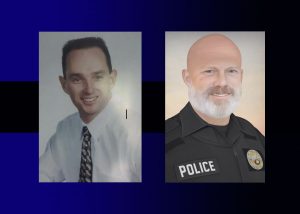 The memorial will go in front of the Moody Police Department and will be in honor of Officer Keith Turner and Lt. Stephen Williams.

The death of both officers sent shock waves through the Moody Police Department, the community, and the nation. That’s why the Trussville Police Department donated the last $3,000 needed to build the memorial.

“It means a lot to our department,” said Moody Police Chief Thomas Hunt. “It was a very nice gesture from Trussville PD. It just means a lot that our neighboring police department would do something like that. It shows their support for us as well and the support for the blue line family.”

The money from Trussville came from a drug bust. It was a way for Trussville Police to take money being used for bad things and turn it into something good.

Hunt said he does not have a date for the completion of the memorial, but he said it will happen soon.

The Moody Police Department will continue to take donations to the Law Enforcement Memorial Fund and use it for scholarships and classroom needs. If you would like to donate, you can do so at Metro Bank.