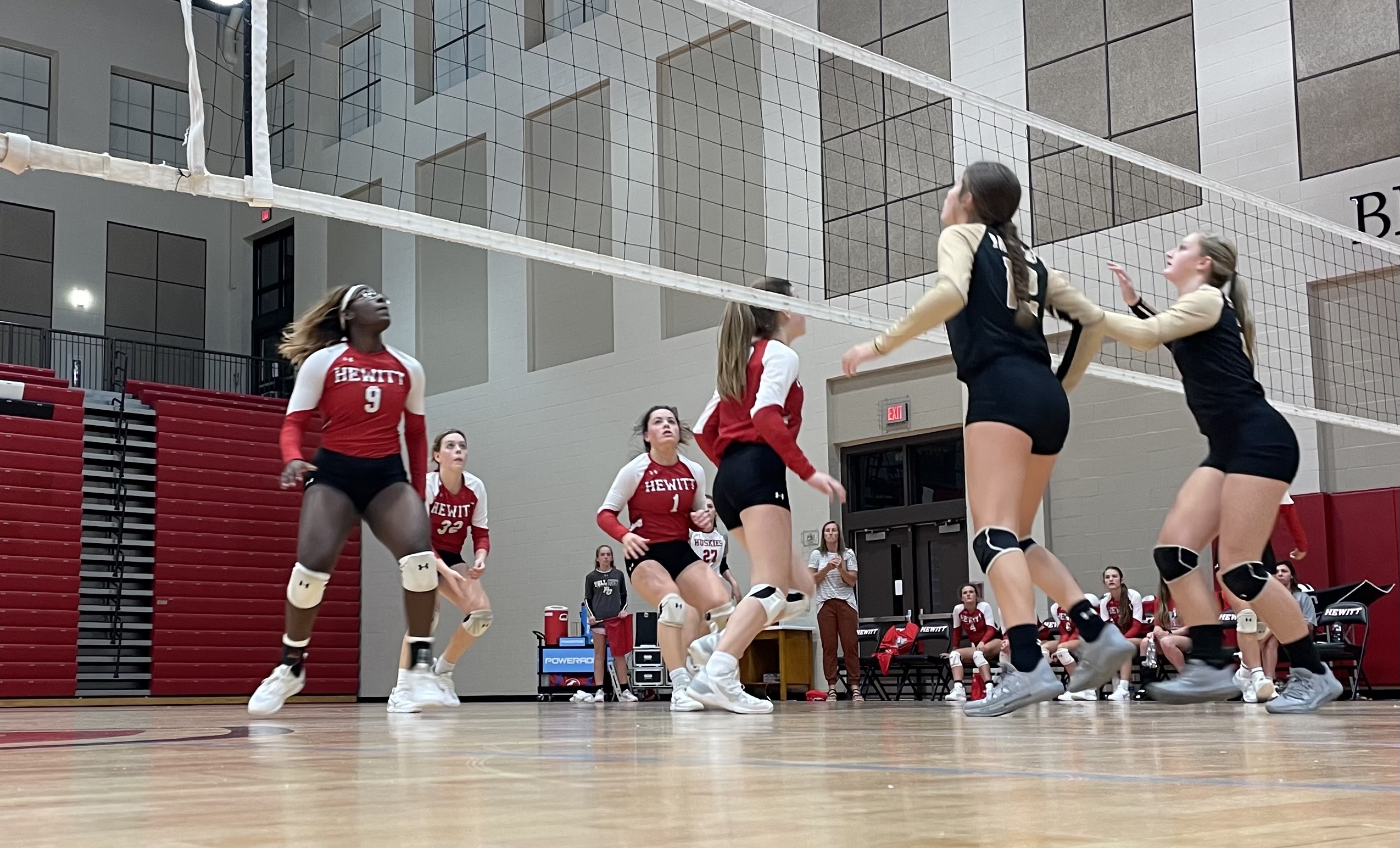 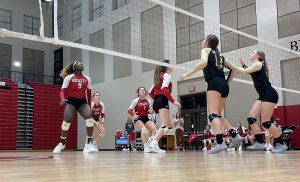 Senior Chrischandria James made the most of her chances at the service line, powering the Huskies to an 18-14 lead on four serves to try to break the Green Wave’s momentum. But it was a back-and-forth night for both teams, with Leeds extending the game deep into extra points until Hewitt-Trussville prevailed 29-27 in the first set.

“I think the difference was just executing on a few balls.,” Huskies coach Jackie Cox said about the closeness of the final score. “We felt like early on we figured out where their open spots were, and we were continued to hit those open spots.”

Hewitt-Trussville had a new setter for this match, calling up eighth-grader Anna Green, who served to win the first set.

The second set was again a back-and-forth affair. This time it was Leeds junior Darcy Phillips stepping up to serve four straight points for the visitors, to gain a 23-20 advantage. The Huskies wouldn’t quit, though, bringing the score to 23 all before Leeds scored back-to-back-points to win 25-23 and force a third set.

“There was more pressure on us in that second set,” Phillips said. “I paid more attention to where their defense was set up and then just tried to serve into the holes. Our coach really gave us a pep talk after that first set, too, and that helped. We really wanted to win that set badly.”

Because this was a tri-match with Pell City waiting in the wings, the third set would be the tiebreaker. And again, it was close. After Leeds took the first two points of the third set, James came to the line again and powered four straight serves to make it 4-2. But Leeds, a tough team with a scrapper’s mentality, wouldn’t go down easily. Instead, it went back and forth: The teams were tied five times in that third set before Hewitt-Trussville finally broke through.

Tied 9-9, the Huskies were finally able to gain a little momentum thanks to errors by Leeds. Even though the Green Wave stayed within striking distance, Hewitt-Trussville won, 15-13.

“They made fewer mistakes than we did,” Leeds coach Erin Wright said. “That was the bottom line. We both had serving errors, we both had balls that dropped in between people.”

The Huskies then waited for Leeds and Pell City to play, with Pell City coming out on top of an exhausted Green Wave team.

The layoff was tough for the Huskies to overcome, as they dropped the first set of their match against Pell City before finally getting back on track and taking the last two sets to win both matches in this tri-match.

“I think it took a lot of hard work and keeping our mindset right,” James said after the win against Pell City. “Even when we were down, we kept our focus. I think we really needed to go three sets with each of these teams tonight. I think it really helped us as a team to fight that hard.”

This pushes the Huskies’ winning streak to four matches, with the Husky Challenge looming Saturday, September 18. Hewitt-Trussville will host Pleasant Grove at 10 a.m. Saturday, and will then face Woodlawn at 11 a.m. and Carver at 1 p.m. in pool play. Senior night is Monday against Oak Grove.