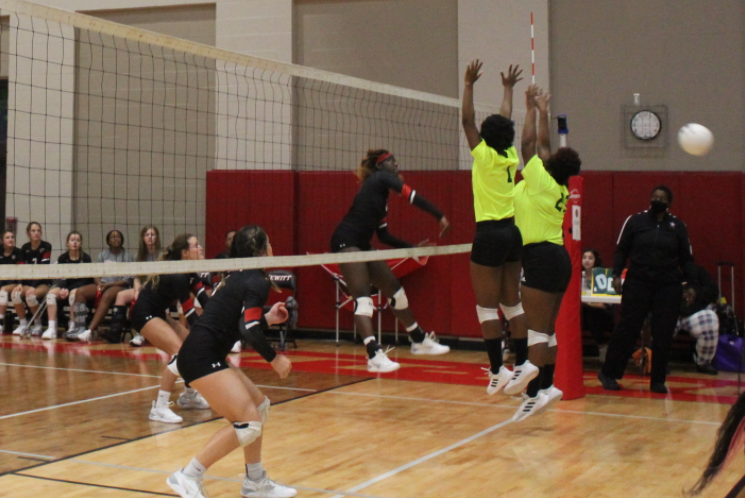 Senior Chrischandria James kills a ball vs. Woodlawn during the Husky Challenge on September 18, 2021. (Photo by Bobby Mathews) 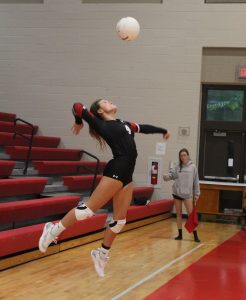 The Huskies started the tournament by beating Cornerstone in straight sets, 25-11 and 25-14.

In the second match of the day, Hewitt-Trussville rode the serves of James and Walker, as well as strong front line play from three-sport sophomore Sara Phillips and junior outside hitter Haley Wilkinson to defeat Woodlawn, 25-13 and 25-17.

The third match of pool play featured more of the same as the Huskies outpaced Carver, 25-17 and 25-17 to move on into the double-elimination portion of the tournament. Hewitt-Trussville beat Mortimer Jordan in the first round, 2 sets to none, before finally dropping a set against Oxford before defeating the Yellow Jackets 2 sets to 1.

The Huskies faced off against Springville in the finals, but the Tigers were too much for the host team. Hewitt lost the first set, 17-25, but then rallied to a 25-23 victory in the second set to force a third and final set for first place. Springville then won that final set 15-8.