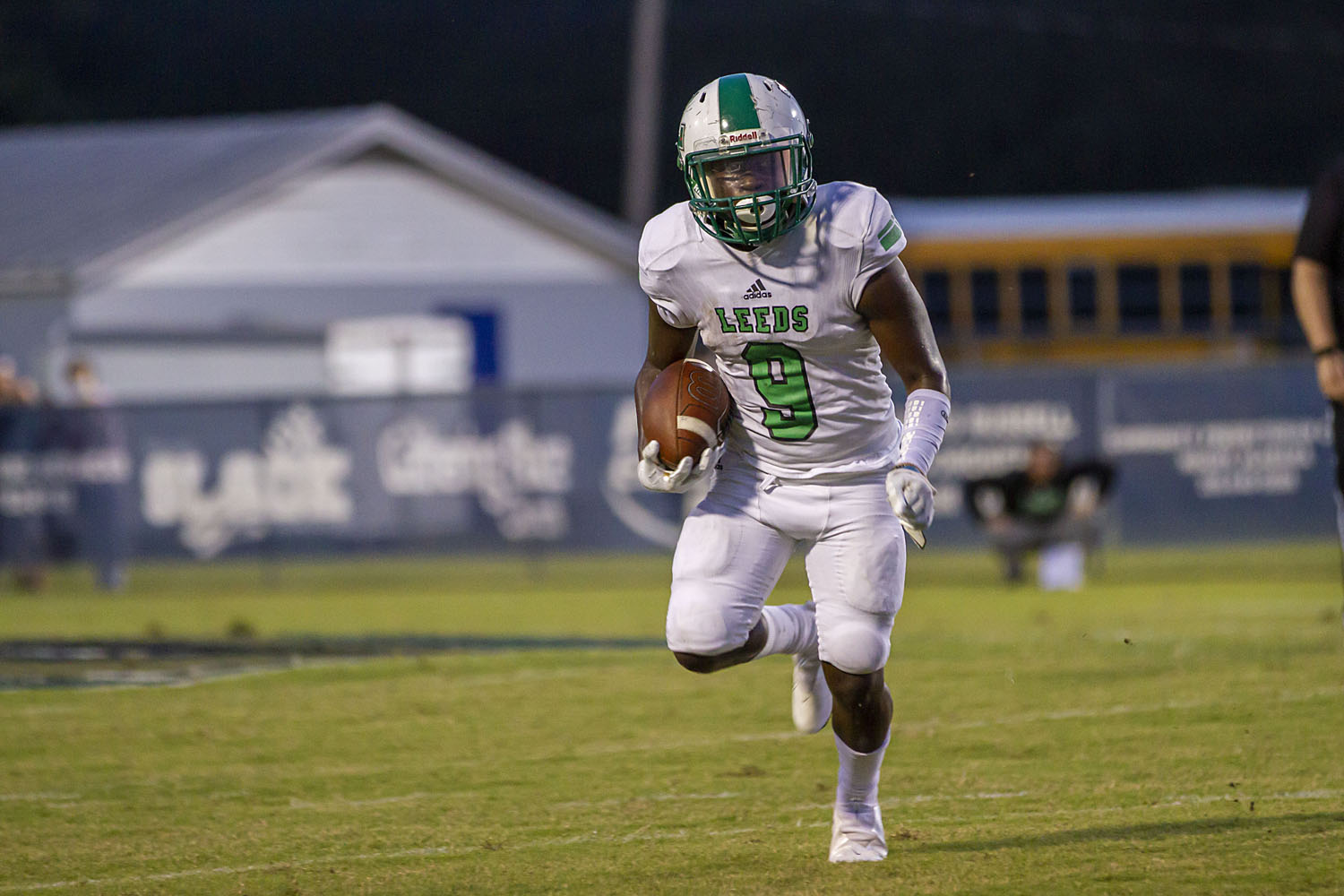 Leeds running back Rametrius Yelverton runs the ball against Moody on Sept. 11, 2020. Photo by Ron Burkett

LEEDS — Rametrius Yelverton has done it again. The Leeds running back is the first student-athlete in The Tribune’s coverage area to win Player of the Week twice this season.

Yelverton had five touchdowns in the No. 3-ranked Green Wave’s victory over St. Clair County. His performance not only against St. Clair but also throughout the 2021 season has led Leeds to a so-far undefeated season. That’s why he’s The Tribune’s Player of the Week. 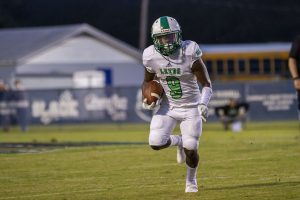 It was Yelverton who took over the game after St. Clair scored on a 60-yard touchdown run. The Green Wave running back scored touchdown runs of 5, 23, 6 and 5 yards to put the Green Wave up 35-6 at halftime. By the time he scored his fifth TD from a yard out in the third quarter, Leeds led 42-6, and inserted backups for the remainder of the game.

“We handled business, got all the kids on the team in the game, and that’s a big deal,” Leeds coach Jerry Hood said.

That’s nine touchdowns in two weeks for Yelverton, who scored all four touchdowns against Center Point the week prior in a 28-0 region shutout.

The senior has been a difference-maker for Leeds all season. In week 0, he helped the Green Wave come back from a 14-0 deficit to down Sylacauga, 40-20. Yelverton had 123 yards — 115 of them after halftime — and two touchdowns against the Aggies.

He added 93 yards on 21 carries on the road against Pell City to help Leeds to a 2-0 record. And again on the road, this time against Lincoln, Yelverton simply was the Green Wave’s offense. He had 147 yards of total offense and scored all three touchdowns in Leeds’ come-from-behind 19-13 victory.

Against West Morgan, Yelverton had 18 carries for 119 yards with two scores. When Leeds has needed him the most, Yelverton has stepped forward and put this Green Wave team on his back, following a stellar offensive line that leans on defenders into the late minutes of each game, grinding foward and allowing their tailback to chew up yardage.

In many ways, Yelverton embodies the Green Wave: the work ethic, the refusal to quit, the nose-to-the-grindstone get-it-done attitude. In an area stocked with terrific running backs, Yelverton can sometimes be overlooked. He’s 5-7, less than 160 pounds. But teams overlook him to their peril.  That’s why he’s The Tribune’s Player of the Week.

The Tribune Player of the Week is sponsored by OrthoAlabama Spine & Sports.