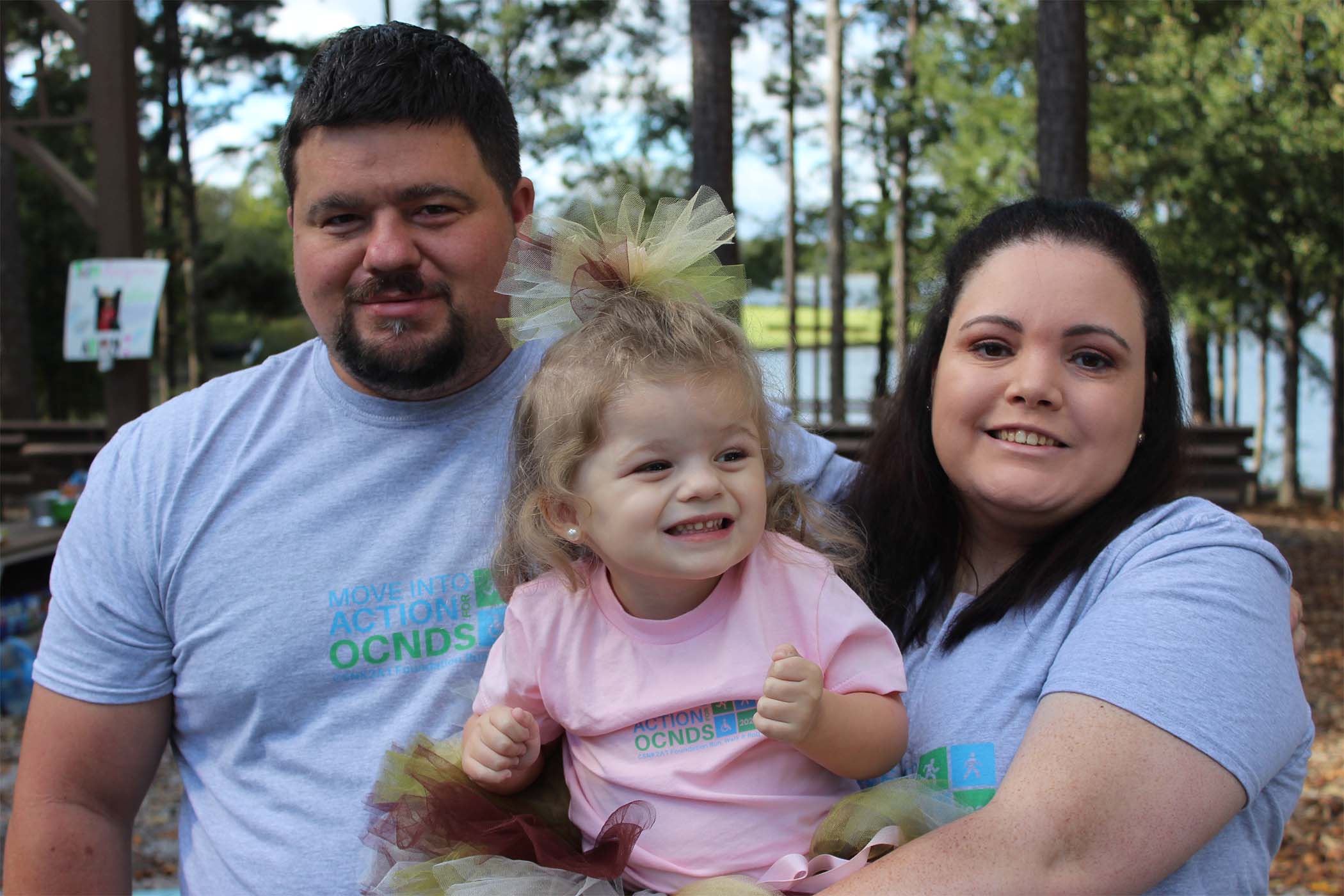 From Left to Right: David Cole, Adelynn Cole, and Kelsey Cole at the Moving into Action for OCNDS to raise awareness for OCNDS.

PELL CITY — A Springville family hosted Moving into Action for OCNDS on Saturday, October 16, at 10 a.m. at Lakeside Park in Pell City to bring awareness to Okur-Chung Neurodevelopmental Syndrome (OCNDS). 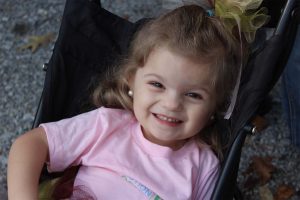 Adelynn Cole is all smiles for Moving into Action for OCNDS.

Over 20 participants joined Adelynn Cole Saturday morning to walk around Lakeside Park. The Pell City Line Dancers showed their support by rallying around Adelynn and her ray of sunshine. Even though Adelynn couldn’t walk the trail, her parents, David and Kelsey Cole pushed her in her stroller as she laughed and instructed them to go faster.

Kelsey Cole said it did not matter if people only took a couple of steps because having support from the community was enough.

“It’s kind of like a speechless feeling to have all this support, and it’s been emotional up until this day, just because it’s dear to our heart,” Kelsey said. “The one that you love is affected, and then you watch all these other children also fight. And just to have an army of support behind you just means everything.”

Moving into Action for OCNDS is a nationwide fundraiser organized for Saturday, October 16, and Sunday, October 17, that anyone can participate in. Participants can walk, run, or roll to help raise awareness for OCNDS sponsored by CSNK2A1 Foundation. 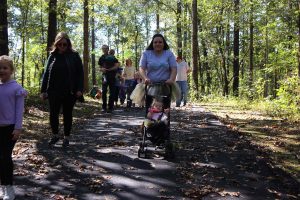 Kelsey said the support they received for this event was incredible and she hopes that the event continues to grow each year.

David Cole explained that OCNDS had a goal to raise $10,000 from the nationwide event this weekend and exceeded that goal.

“It was a good turnout because they made their goal, and then when everybody sends back their money, it’s going to exceed the goal,” David said. “So I hope it’s an annual walk and that more and more join us every year, and then we’ll have people that return and join us.”

Adelynn’s Army sold t-shirts, car stickers, and bracelets to help raise money for OCNDS. David explained that they raised $762 to donate for OCNDS research. Kelsey said that every donation makes a difference in the lives of the children that are affected by OCNDS.

“We’re thankful for every donation no matter how small, and just the support of everybody being here, but whether they made a donation or not just meant a lot because it’s not all about money,” Kelsey said. “Sometimes it’s just the word of mouth and getting awareness out there. So we can get better treatment for our children.” 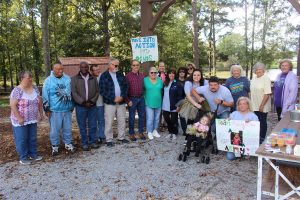 Adelynn’s Army proudly showing their support at Moving into Action for OCNDS.

It was an emotional day for the Coles to see everyone who supported Adelynn; they saw how much their 4-year-old affected the people around her and that she wouldn’t fight this rare disease alone.

The Coles are beyond thankful to everyone who took time out of their day to walk, run, or roll beside Adelynn because nothing would be possible without Adelynn’s Army.

“We’re just thankful, and it’s kind of like a speechless; we just don’t know how to appreciate everybody,” Kelsey said. “You can say thank you, but sometimes it’s more than a thank you because they didn’t have to take time out of their day, and they did.”

Adelynn’s parents are her biggest supporters; every choice they make is with Adelynn’s best interest in mind because they want to be able to say they tried everything to make Adelynn’s life easier. In addition, they hope that with the money they raised, they can make a difference in the lives of other children with OCNDS. 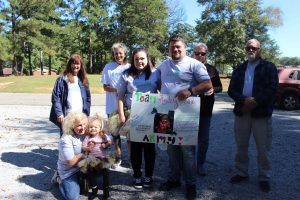 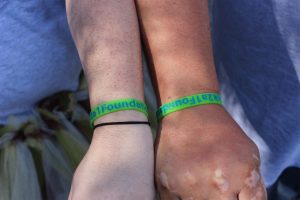 Each member of Adelynn’s Army wore a bracelet to raise awareness for OCNDS. 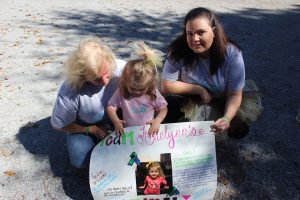 From Left to Right: Patty Fields, Adelynn, and Kelsey Cole 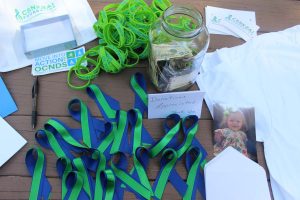 OCNDS had a goal of $10,000 and after this weekend they should exceed the goal. 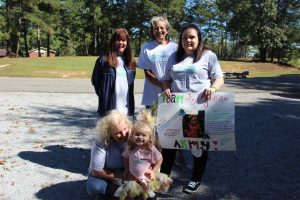 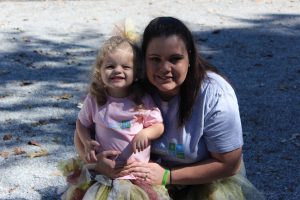 From Left to Right: Adelynn Cole and Kelsey Cole 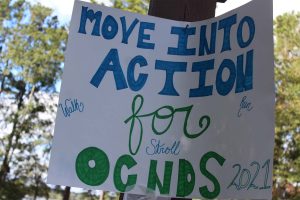 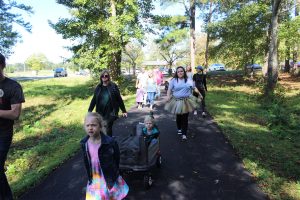 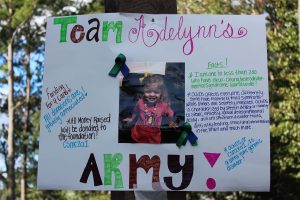 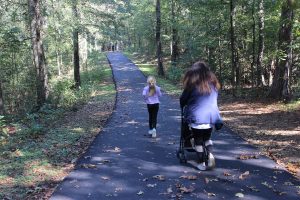 Vellera Cole and Everly Welch run with Adelynn in her stroller around the track at Lakeside Park. 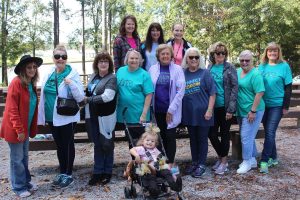 Pell City Line Dancer’s were also in attendance marching along side Adelynn. 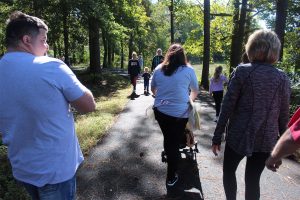 Adelynn’s Army were proud to walk beside Adelynn to show support in every way they could. 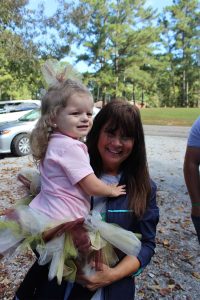 Vellera Cole and Adelynn enjoying each other’s company at Moving into Action for OCNDS. 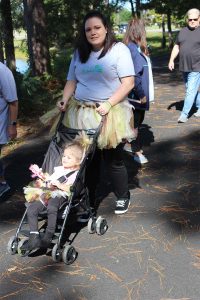 Adelynn had a blast rolling around the Lakeside Park laughing with everyone she met. 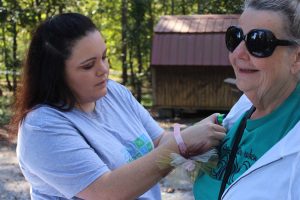 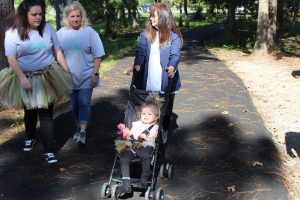 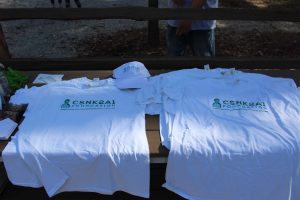 T-shirts were sold to raise awareness for OCNDS. 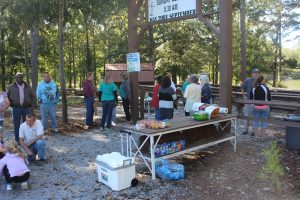 The event raised $762 that will be donated to research for OCNDS. 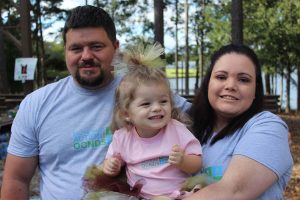 From Left to Right: David Cole, Adelynn Cole, and Kelsey Cole at the Moving into Action for OCNDS to raise awareness for OCNDS. 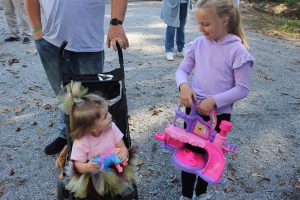 Everly Welch came to participate in the walk and brought toys for Adelynn to play with. 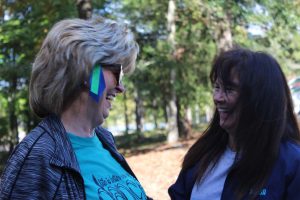 One of the Pell City Line Dancers wore her ribbon around her glasses to show support for OCNDS.