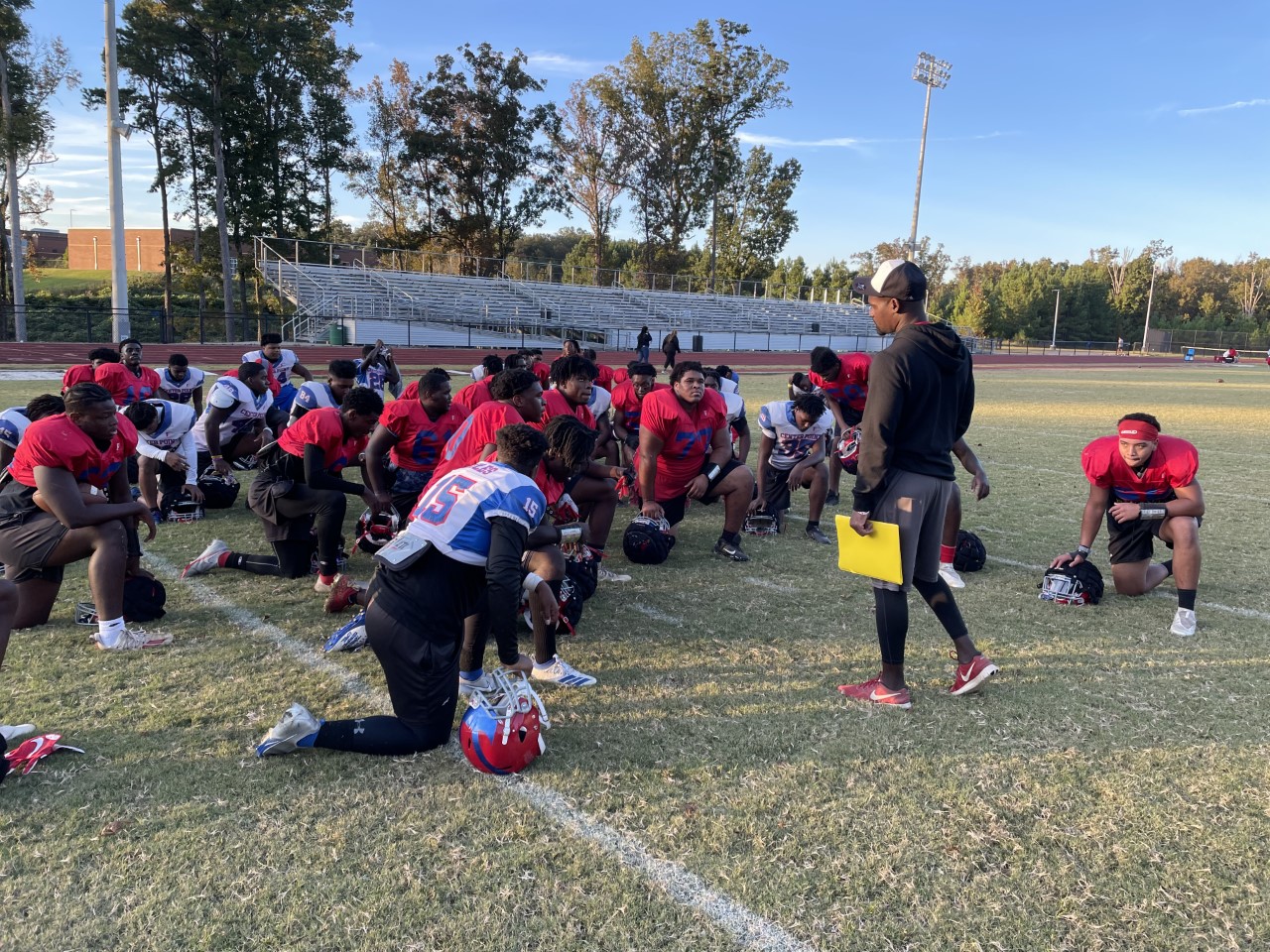 CENTER POINT — It’s easy to get distracted by Center Point’s offense. Quarterback Jabari Collier and running back Troy Bruce have given defenses fits for most of the year, and receiver Harold Holloman has been a dangerous deep threat. 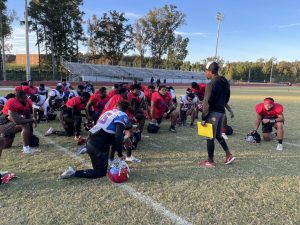 So most eyes will be on the Eagles’ explosive offense when Center Point takes on East Limestone on Friday, Nov. 5, 2021 in a first-round playoff game.

“We feel pretty good going into the playoffs as a No. 3 seed,” said senior defensive lineman Deraiven Crawford. “For the four years that I’ve been playing, we’ve gone to the playoffs every year, and we’ve worked harder and harder every year.”

This is a defense that four times this season has held its opponents below 12 points, including stopping a prolific passing attack from region foe Moody for a 40-11 victory one week after besting fellow playoff team Lincoln, 44-10.

“You do what you gotta do, do your assignment,” Crawford said. “We just keep our mindset, look for the next play, make the tackle, make the stop, get the offense back on the field.”

For senior Jaden Jones, helping lead the Eagles to their fourth straight playoff berth for the first time in 20 years has been a special moment. But he also wants to stay in that moment and keep himself and his teammates focused.

“I try to stay away from distractions,” Jones said. “As a freshman, I learned from the seniors before me. Now that I’m a senior, I’ve tried to take what those guys taught me and do what they do and set the example of how to prepare and play.”

When the Eagles play as one unit, they can make it very difficult on opposing offenses.

“Everybody on defense has the same mindset: We get the job done,” Jones said. “Everybody fills, the D-line gets in the right spot and the linebackers fill their gaps. We do that, and the running back can’t go anywhere.”

The Eagles are leaning heavily on the seniors in their stop unit, because there aren’t many of them.

“We’re only starting three seniors on defense so leadership from someone like Jaden is big,” Eagles head coach George Bates said. “The team listens to him. He’s a  good kid with nice size, good in the weight room, strong kid.”

Both Jones and Crawford also contribute on both sides of the ball. When the Eagles are on offense, the pair line up as offensive linemen. But even then, the way the two play defense informs the way they play ball.

“Crawford is also our starting center, which means he really understands what his assignment is, knows how to play both positions,” Bates said. “Defensively, we depend on players like them and Gerald Perry. When you see one of them, you see all three of them.”