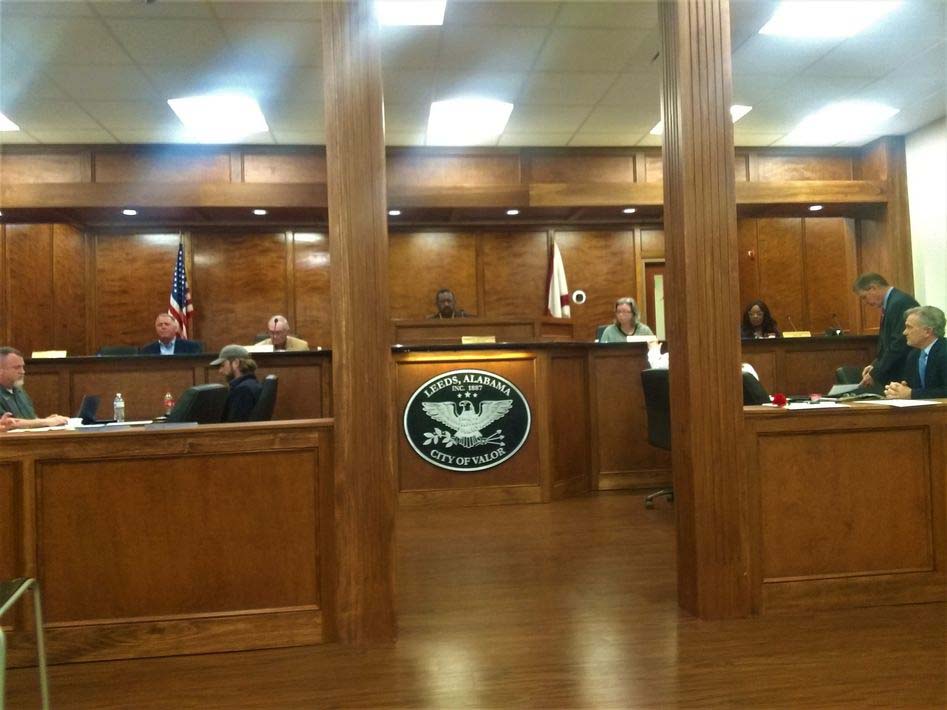 Council also heard from several citizens regarding an anonymous letter sent to residents that detailed criticisms against several city employees and accusations of ethics violations. (Photo by Nathan Prewett)

LEEDS – At a meeting on Monday, Nov. 15, the Leeds City Council passed a resolution to reserve its support in allowing Priority Soldier, Inc. to place a veterans counseling service at the Moton Center due to concerns about the Moton Education Foundation’s requirements for its board members. 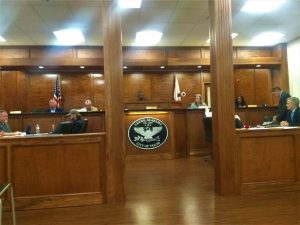 Council also heard from several citizens regarding an anonymous letter sent to residents that detailed criticisms against several city employees and accusations of ethics violations. (Photo by Nathan Prewett)

During the meeting, the council also heard from several citizens regarding an anonymous letter sent to residents that detailed criticisms against several city employees and accusations of ethics violations.

Councilman Kenneth Washington served as Mayor Pro Tempore, with Mayor David Miller being on vacation. The first item that the council took action on was the resolution involving the veterans counseling project at the Moton Center.

The resolution states that the Moton Education Foundation Board is “improperly made up of members who are not citizens of the City of Leeds,” as required by the articles of incorporation when the property was turned over to the foundation in 2012.

The full resolution can be seen on the City of Leeds website.

The council allowed those in attendance at the meeting to speak, with one being resident Betty Middlebrooks, who said that she owns property near the center. She asked if changes had been made to the articles, to which Washington replied that he didn’t believe there was but was looking into. City Attorney Scott Barnett said that he was not aware of any formal changes.

Moton Center Director Gloria Haynes was present and spoke, saying that some of the original members have left the board and are trying to get citizens of Leeds to join the board. She also stated that amendments have been made to the articles and said that she was willing to bring the meeting minutes where they were made to the city.

Haynes requested a meeting where she said she would bring documents before the council and current board members could also be present. The next council meeting on Dec. 6 was determined for that to take place.

During public comments, former council member Susan Carswell spoke on the letter and packet that has detailed concerns with city employees, including Glen Williams from the inspections department, Developmental Services Director Brad Watson, and a man named Lee Barnes that the packet claimed does not live in Leeds.

The letter alleges that Barnes is running a racketeering conspiracy, stated concerns with employee salaries and breaking bid laws, and influenced those who work for the city into cooperation with him. It includes statements about fees allegedly collected by Barnes and his associates from city projects, including Buc-ee’s.

The packet included documents regarding Watson having several bankruptcy actions taken against him, requiring a financial management course, and questioned him handling finances. Additionally, it criticizes Williams for being allowed a city vehicle despite a DUI arrest prior to working for Leeds. The letter provided the arrest report.

Carswell said that despite some of the claims, she did not believe that the council was aware of these alleged activities but suggested possibly bringing in an independent investigator. Though the letter has no signatures, she urged the council not to disregard it.

“I just feel like it’s damaging to us, and it’s damaging to potential people coming into this community,” she said. “And as far as people not putting their name on it, that could be that they’re afraid of retaliation.”

Later Carswell said that she would get copies to the council. Other residents spoke, including Scott Chambers, who asked what the council would do if a signature were attached.

A discussion followed on potentially sending the information to the Alabama Ethics Commission if it was signed. Chambers said that he did not send the letter but may be willing to endorse his name along with other residents to send it to the commission.

In other business, the council,