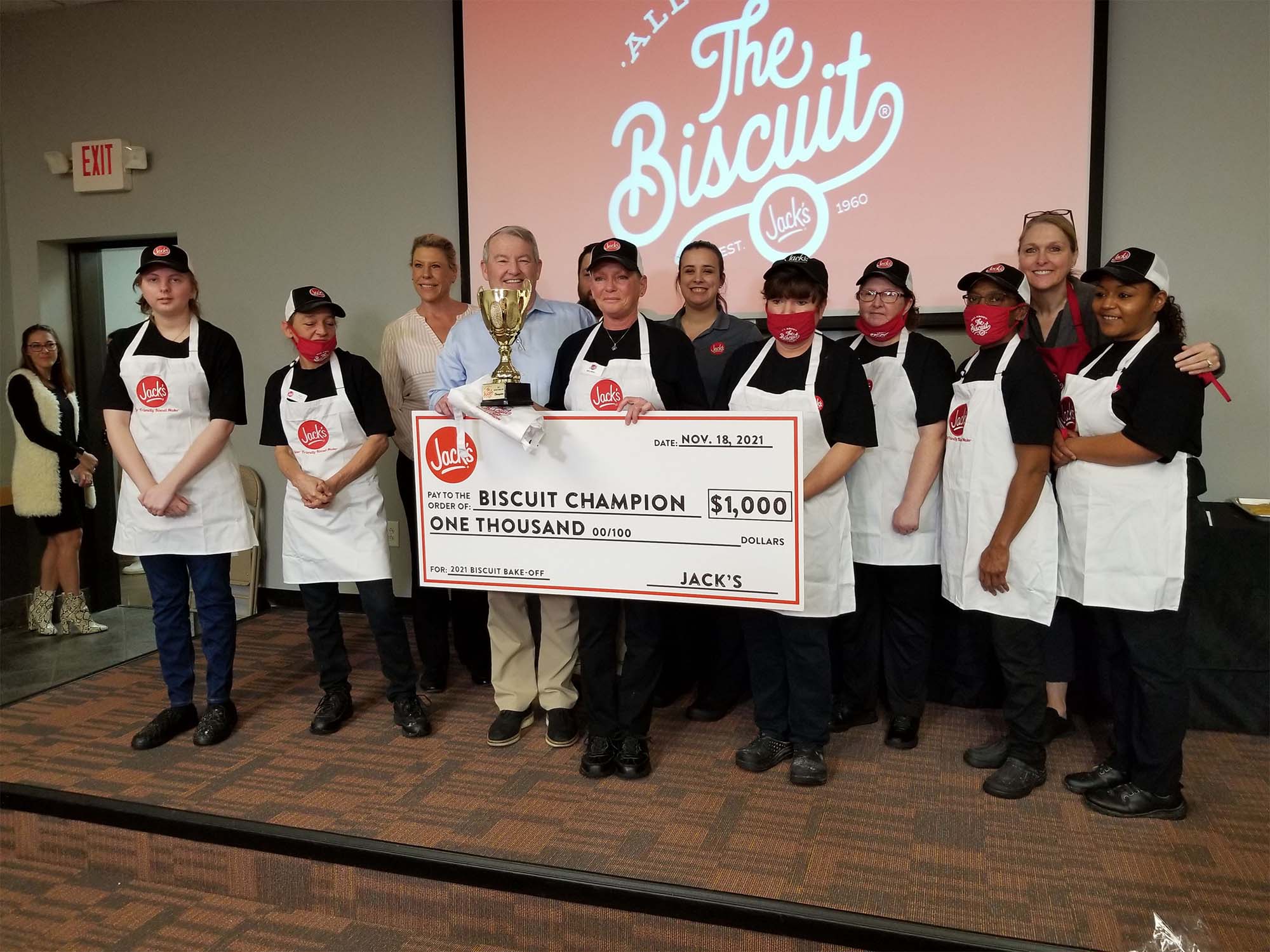 BIRMINGHAM — Known for its delicious, made from scratch Southern biscuits, Jack’s Family Restaurants (Jack’s) hosted its annual Biscuit Bake Off on November 18, 2021, in Birmingham, to crown the company’s best biscuit maker. 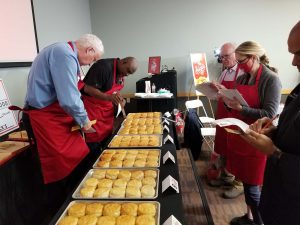 Hosted by WBRC FOX6 Sports Anchor and Reporter Jeh Jeh Pruitt, seven team members competed for a $1,000 prize and the title of Biscuit Bake Off Champion 2021. Melissa Jones from Summerville, Georgia, was awarded the championship for executing and presenting the perfect biscuit.

This year’s bake-off was closest in contest history, with only three points separating the winner from second place. Six community members and biscuit enthusiasts judged the live bake-off based on the height and diameter of the biscuit, the consistency of color on the pan, and the taste. Judges included: The Next Round Sports Host and Part Owner of DBL Down Media Jim Dunaway, Good Day Alabama Lead Weather Forecaster Mickey Ferguson, Jack’s Culinary Research and Development Leader Sean Landrum, Jack’s COO Karen Kelly, and Summit Hill Sr. Food Scientist Adam Rowell. Rowell has worked with Jack’s for almost 10 years and even helped perfect Jack’s signature biscuit mix, making him the perfect judge.

Experienced biscuit-makers know that while they need a trusted recipe, the real magic comes from love and dedication to the biscuit-making craft. 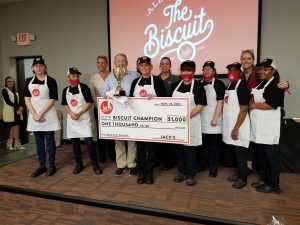 “We have been hosting this event for over 20 years because it’s a fun way to show our customers our true Southern roots and commitment to the quality of our signature biscuits,” Jack’s CEO Todd Bartmess said. “Fostering a community is one of our core values, and the annual Biscuit Bake Off has been a great way to connect with our neighbors and team members through a cause all Southerners can get behind: handmade biscuits made with care.”

The Biscuit Bake Off began in 1999 and has maintained its format of four rounds of competition. Each year bakers compete at the store level, area level, regional level, and finally at the company competition final round. Over 200 store competitions were held this year. Finalists started by winning their store’s bake-off competition.

Congratulations to Melissa Jones for taking the crown this year!