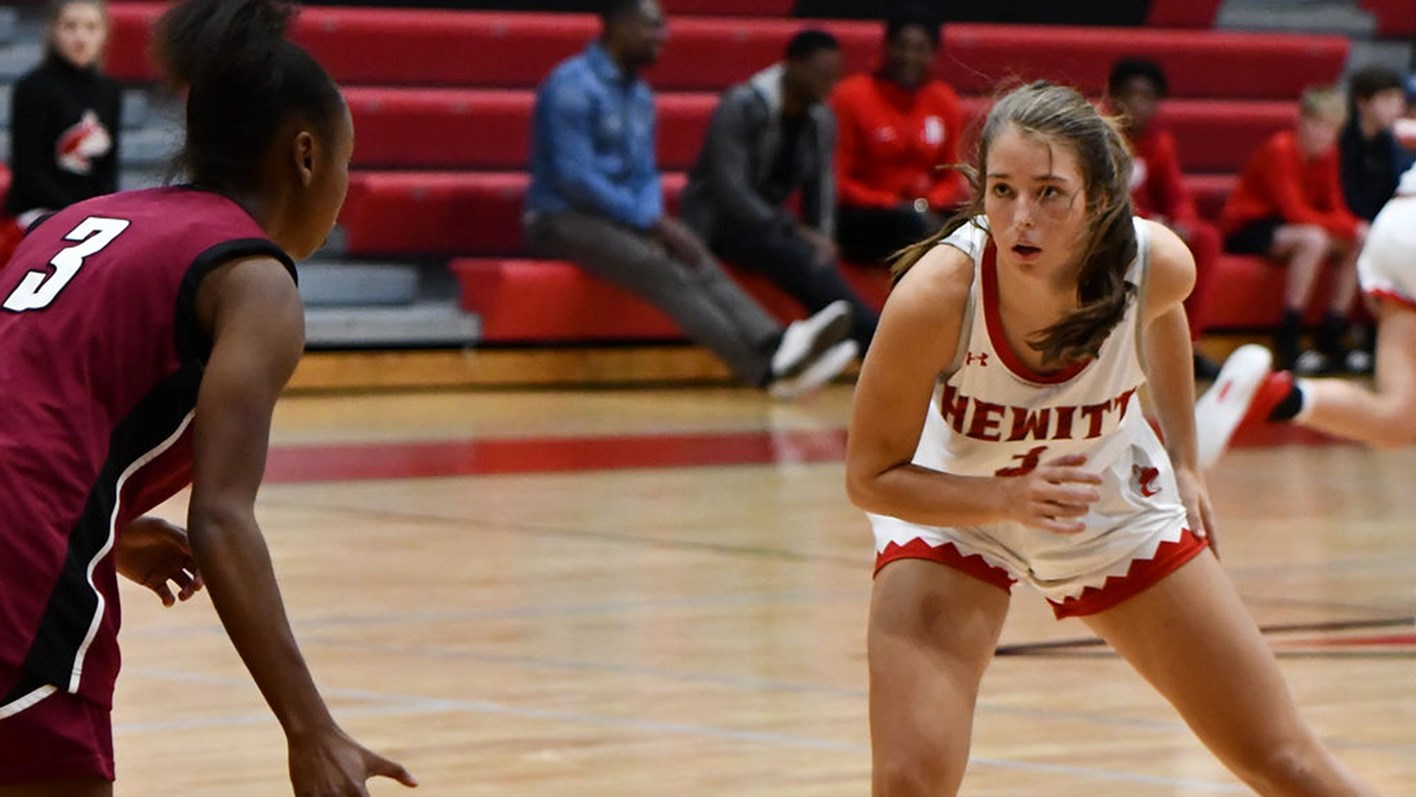 TRUSSVILLE — Hoover High School pushed around Hewitt-Trussville on the Lady Huskies’ own court Tuesday night, pulling ahead for a 22-point lead at points during the game before finally settling for a 59-44 victory. 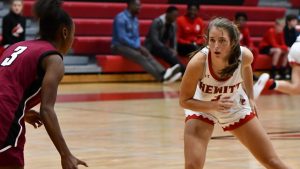 April Hooks hit a three-pointer to take the lead for Hewitt-Trussville with 6:15 left in the first, and D’Yona Jones took the ball hard to the basket on the Lady Huskies’ next possession, regaining a 5-4 advantage.

After that, it was pretty much all Hoover. The defending state champion Bucs went on a six-point run in the final minutes of the quarter before Jones stopped the bleeding for the home team by hitting a short jumper to pull to 18-14.

“You have to go back and watch every clip from this game and then you go back and work on the areas that you need to work on,” Hewitt-Trussville head coach Tonya Hunter said after the loss.

Hoover was strong on the boards, so rebounding will be a focus going forward.

“You could see visually that it was blocking out,” Hunter said. “I feel like talent-wise we’re fine, but we’ve just got to block out and get some rebounds from all spots.”

In the early minutes of the second, Hoover pushed the pace, using a full-court defense to pressure Hewitt-Trussville into mistakes. Down 30-17, the Lady Huskies were called for back-to-back offensive fouls, and Hoover’s Layla Etchison hit a three-pointer at the buzzer to make it 35-20, Hoover at the half.

From there, the Bucs pushed their lead to 22 points with three minutes to go in the third quarter, 46-24. Jones again found her range and was fouled. She missed the free-throw, and the score was 48-28 going into the fourth.

Jones had 19 points, while Hooks had 8. Audre Benson also had 8 for the Lady Huskies.

For Hoover, Reniya Kelly led all scorers with 17, Kristen McMillen had 12, and Alanah Pooler had 10.

Hicks hit a three to get the Huskies to 58-37, but despite their best efforts, the Bucs held on.

“There’s a reason they’re No. 1,” Hunter said after the game. “That’s why we play the top teams at this point in the year. You want to beat the top teams, you want to be one of them? I always want to play tough competition.”