LATEST NEWS
Home Sports So close: Hewitt-Trussville takes Hoover down to the wire 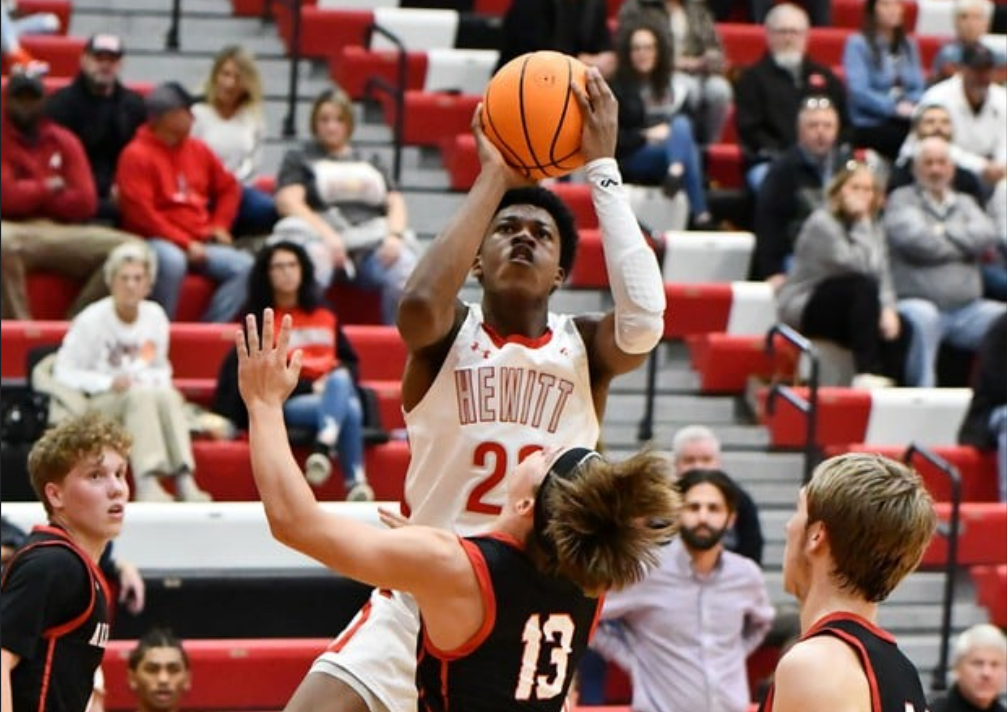 So close: Hewitt-Trussville takes Hoover down to the wire

TRUSSVILLE — With less than a minute remaining, Hewitt-Trussville had fought back from 12 points down in the first half to have a shot to win against Hoover in the closing seconds of the game, forcing the Bucs to hang on for a 57-53 victory. 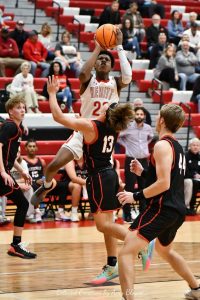 After a first quarter that saw Hoover edge the Huskies 12-9, Tim Brisco hit a scoop shot off the glass to cut the lead to 18-13 in the second period, but Salim London drained a three-pointer from in front of the Hewitt-Trussville bench to bring it right back to 21-13.

The Bucs turned on their full-court press after that, forcing a turnover and allowing Brodin Grady an easy dunk in transition.

Hoover pushed out to a 30-18 lead with a minute to go in the first half when Grady bombed a three, but Legion Gaston immediately answered for Hewitt-Trussville to make it 30-21, Hoover. Karnell Smith scored the final points of the first half off a Ray Rolley miss, gathering the rebound and getting the putback to make it 32-32.

In the second half, Hewitt-Trussville began to eat into the Hoover lead, but turnovers would again play a part in staving off the home team’s comeback. After Smith went lefty on a slashing layup to end the third quarter with the Huskies down 41-34, the Bucs again pressed the entire length of the floor.

Hoover forced two turnovers in the first minute of the fourth period and found themselves in the driver’s seat, 44-34 with a little less than seven minutes to go.

If momentum is a real thing, Brisco found some for the Huskies, making a heads-up play when trying to chase down a rebound. When he realized he couldn’t get to the ball to secure it, he tipped the rock to Gaston, who kept the possession alive.

Down eight points with less than four minutes to go, Smith hit a circus shot to get the score to 50-44, and the defense closed Hoover down for a four-possession stretch, forcing turnovers and out-rebounding the Bucs in a short space of time to keep Hoover stuck at 50.

London led all scorers with 17, while Grady added 16. DeWayned Brown had 7 for Hoover.

For Hewitt-Trussville, Karnell Smith had 12, while Legion Gaston had 10. Rolley and Emeka Anwah both had 9.

Hewitt-Trussville plays at Leeds on Thursday.