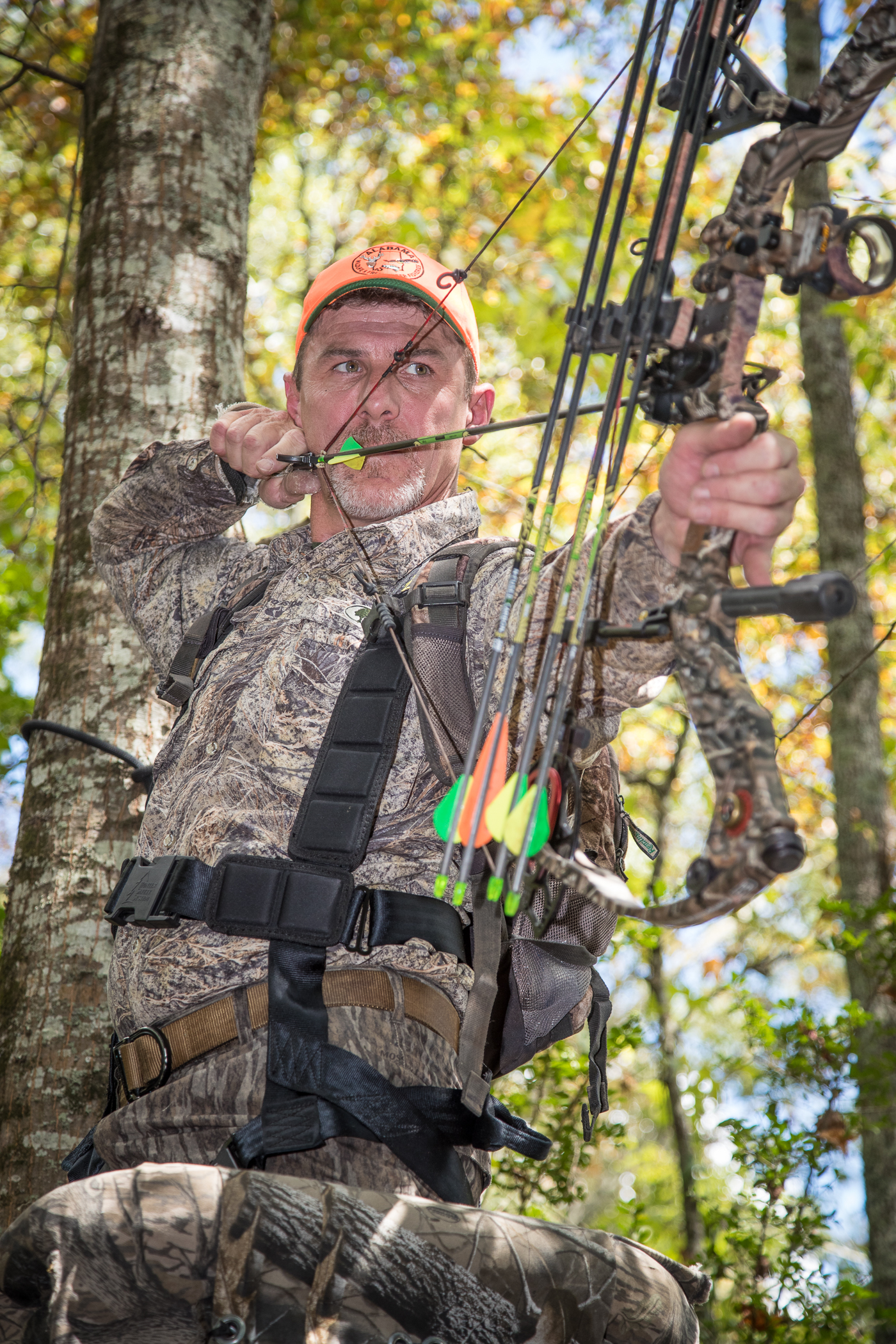 Heading into the most active time of Alabama’s hunting seasons, Marisa Futral wants to make sure hunters don’t take one thing for granted – hunter safety. 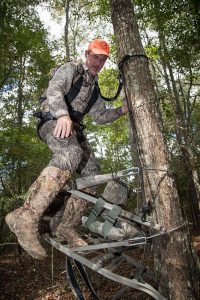 Modern safety harnesses are much more comfortable and easier to use. (Photo courtesy of Billy Pope)

Futral, the Alabama Wildlife and Freshwater Fisheries (WFF) Division Hunter Safety Coordinator, said January is the time when most people head to the woods to pursue deer, ducks, and small game.

“I’m pretty excited,” Futral said. “We’re tracking in the right direction. We only had one fatality last year, and the previous year we had four.”

The one fatality occurred in Fayette County when a hunter failed to identify the target. A group of people were searching for a deer that had been shot. The victim, a neighbor who was assisting in the search, was not wearing hunter orange and unfortunately lost his life.

“Whether hunting or not, during deer season, we recommend wearing hunter orange while in the woods,” Futral said.

Of the six non-fatal firearms accidents, one involved four victims during dove season. The victims were hit by shotshell pellets. 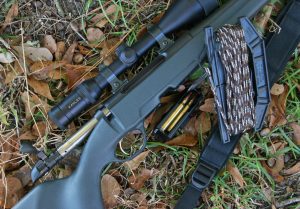 Always use a pull-up rope to hoist your unloaded firearm into the treestand. (Photo Coutesy of David Rainer)

“Someone was shooting at a low bird,” Futral said. “Don’t shoot at low birds. Everybody got pellets. Another incident in Tallapoosa County was the same thing, swinging on a low bird.”

The great news from the 2020-2021 season was there were no treestand accident fatalities. The Hunter Safety Section has had an ongoing treestand safety campaign for several years, and the number of accidents has steadily fallen.

“Although the numbers are down, I don’t want people to get complacent,” Futral said. “We’re moving in the right direction, but one accident is still too many.” 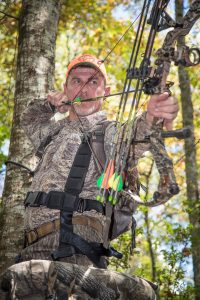 Futral thinks the reduction in treestand accidents is a result of several different factors.

“I think we’re doing a better job with outreach on wearing a harness and peer pressure from their family to make sure they wear a harness,” she said. “If you’re hunting from a treestand, make sure you’re wearing a harness and make sure you’re attached to the tree as soon as your feet leave the ground. I can’t emphasize that enough. Harnesses are a lot more comfortable and a lot easier to put on than they used to be. There’s no excuse not to use one.”

Futral said weather can also play a role in safety, especially when the temperatures get near or below freezing.

“A lot of our treestand accidents happen in January,” she said. “When it’s colder, the steps on a ladder stand or shooting house are slick. There may be early morning frost on the steps. We urge people to make sure they have three points of contact when you’re climbing steps, either two feet and a hand or two hands and a foot. If you do slip, you have a lot better chance to catch yourself.”

Futral also urges hunters to review and adhere to the 10 commandments of firearms safety: