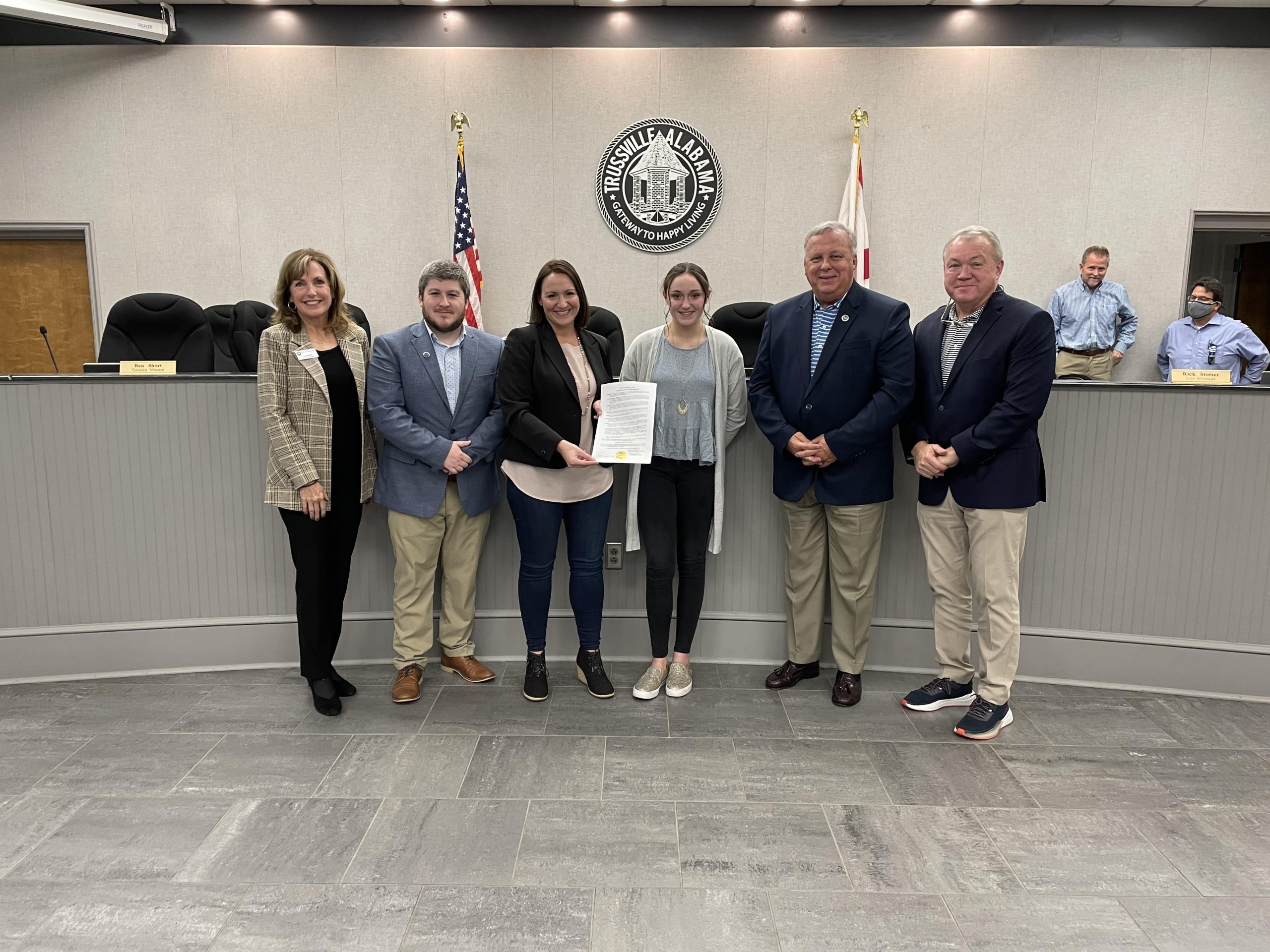 TRUSSVILLE — The City of Trussville declared the month of January Human Trafficking Awareness Month at the city council meeting on Tuesday, December 28. 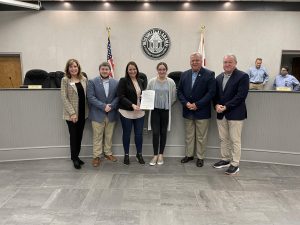 According to the proclamation presented to council members, the City of Trussville seeks to enhance public welfare, protect public safety, and promote human flourishing for all residents and visitors by declaring that freedom from human trafficking is a fundamental human right.

“It’s really important that we do this because this helps our entire city become aware of the signs of human trafficking and how to look for it, how to notice it,” Wager said.

Human trafficking is a form of modern-day slavery in which victims are forced to work in various forms of exploitation, including debt bondage, forced marriage, labor, and commercial sexual exploitation of adults and minors, that are induced through force, fraud, or coercion.

The Department of Homeland Security has estimated that in the Birmingham Metro Area, “sexual exploitation is about $110 million a year.”

“That’s just right here,” Wager said. “That does not include child sex trafficking or illicit massage parlors. I have been advocating in all these different industries that filter into this, and we are so appreciative of your cooperation and teach people how they can recognize the signs and help.”

The proclamation stated that Trussville is committed to ensuring that our community is prepared to recognize signs of human trafficking.

“Our police department has gone through training to identify human trafficking because it came about when Birmingham was awarded the World Games,” Mayor Buddy Choat said. “Were anticipating that number she called that’s, that’s a real number, $110 million, but Birmingham is a hotspot for 1-20 coming across.”

The risks of human trafficking have increased during the COVID-19 pandemic. Economic turmoil, financial hardship, isolation, and the shuttering of schools and other programs have resulted in increased opportunities for human trafficking, particularly online, and resulted in fewer places for victims to turn to report exploitation and fewer chances for the abuse to be recognized.

“The City of Trussville a Trafficking Free Zone and encourage all residents to join us in raising the visibility of this crime and to become more informed about ways to prevent, to recognize, and to respond to potential victims of human trafficking in our community,” Choat said.

The World Games 2022 Birmingham is an international sporting event that will bring thousands of athletes, as well as countless tourists and media, to the Birmingham metro area. An increase in tourists seeking entertainment, including commercial sex, increases the potential risk for exploitation and human trafficking.

The proclamation stated that due to its isolating nature, many individuals remain unaware that trafficking is a threat to their neighborhoods, families, and children. The first step in eliminating human trafficking in our community is to educate others. We must work diligently to ensure that all front-line industries, educators, and first responders are aware of this issue and how to spot it; and

The City of Trussville will continue its efforts to make the City a Trafficking Free Zone by combating the human trafficking of our children and vulnerable adults and mitigating the associated public safety, economic and health risks to our community in collaboration with the Child Trafficking Solutions Project and other anti-human trafficking organizations by: