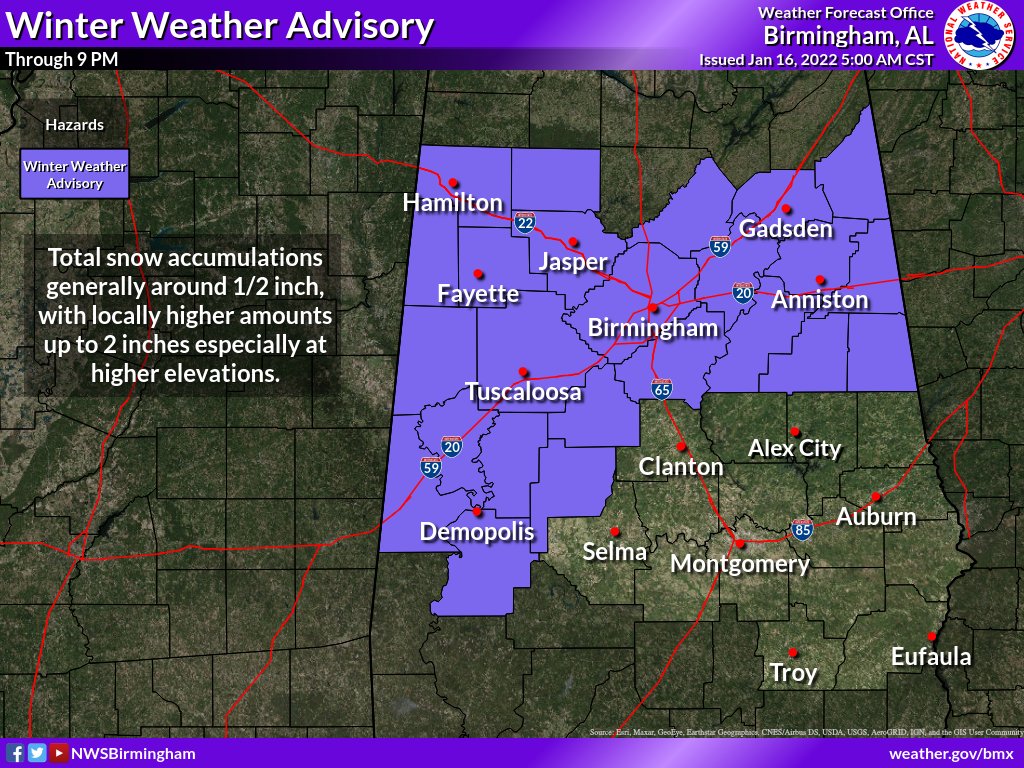 BIRMINGHAM — The winter weather advisory for much of north Alabama has been extended southward to include Jefferson County, according to the National Weather Service in Birmingham. 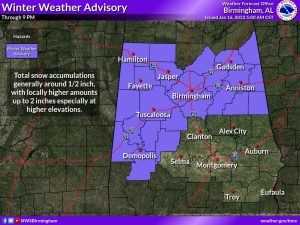 The advisory is in effect until 9 p.m. on Sunday.

As rain moves across Alabama from west to east, precipitation is changing over to snow and ice on the backside of the front. As of 6 a.m. on Sunday, the western edge of Alabama was already experiencing the changeover.

Most of the northern half of the state is predicted to receive one inch or less of snow, DeKalb and Jackson counties in the northeast corner of the state remain under a winter storm warning and could see two to four inches of snow. 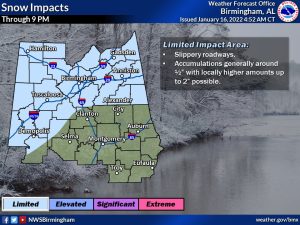