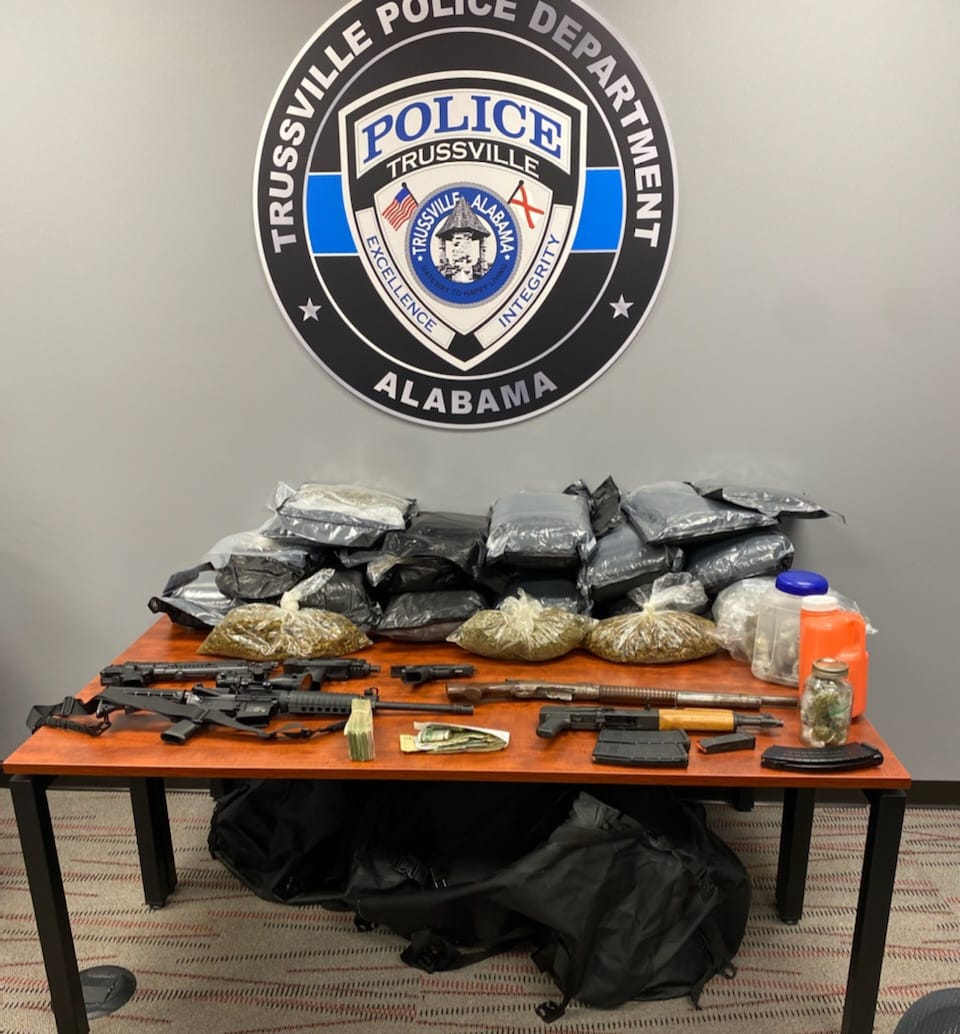 Trussville police recovered 46 pounds of weed, multiple firearms and thousands of dollars in cash during a Thursday, January 13 traffic stop that saw the arrest of two people. (Contributed photo)

TRUSSVILLE — A Thursday evening patrol stop resulted in a pair of felony arrests, and an ensuing warrant led to the confiscation of illegal weed and weapons, as well as a small cache of cash. 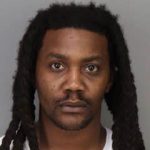 After the pair was taken into custody, Trussville police worked with the St. Clair County District Attorney’s Office to execute a search warrant at their residence.

TPD Lieutenant Clint Riner said Monday that authorities discovered 46 pounds of weed, as well as several firearms and around eight grand in cash at the residence.

Beckham and McCary have both been charged with drug trafficking, possession of a controlled substance and possession of drug paraphernalia. 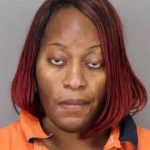 Authorities warn that despite mounting calls for legalization and potential legislation to allow for medical use of marijuana in the upcoming state house legislative term, recreational possession and use of marijuana is still illegal in Alabama.