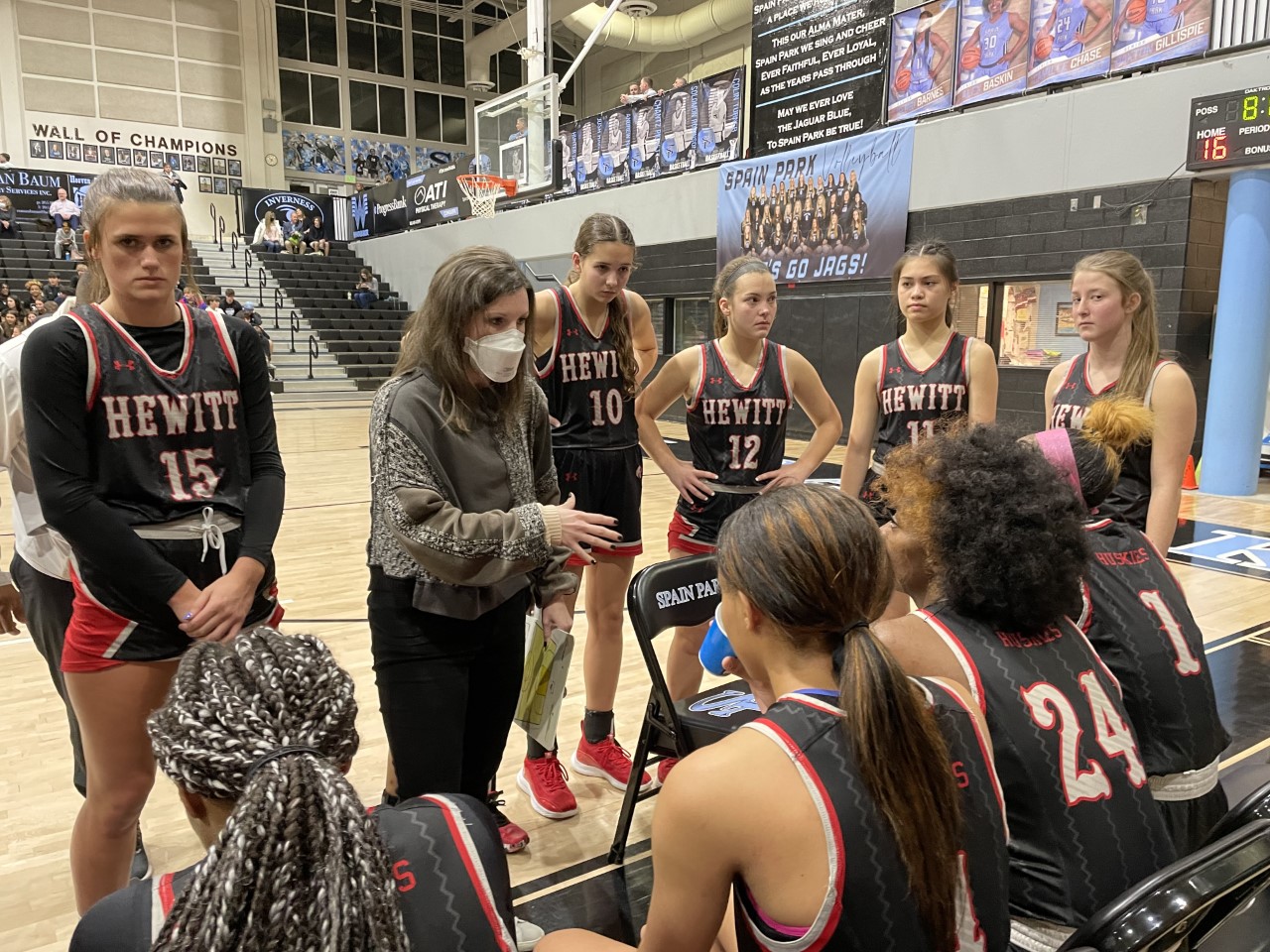 Hewitt-Trussville assistant coach Katie Parr talks with the Huskies during their 43-28 victory over Spain Park on January 25, 2022. (Photo by Bobby Mathews) 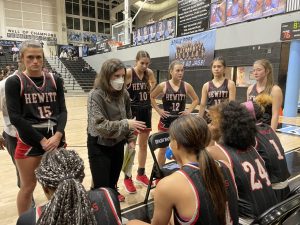 Hewitt-Trussville assistant coach Katie Parr talks with the Huskies during their 43-28 victory over Spain Park on January 25, 2022. (Photo by Bobby Mathews)

The Huskies never trailed, and led 10-3 after the first quarter, limiting Spain Park to three points from the free-throw line. The Jaguars didn’t score a basket from the floor until four minutes into the second period when Paxton Gillispie hit a three-pointer.

“We know they’re a really good team,” Hewitt-Trussville assistant coach Katie Parr said following the victory. “We know they’re going to come out shooting the three-ball. We know that’s what they want, so we were really focused on getting good close-outs, getting out to them and contesting the shot and not letting them get easy looks.”

Hooks’ play was key for the Huskies, who broke an uncharacteristic two-game losing streak.

“April did a fantastic job of really executing the gameplan,” Parr said. “She made good decisions and knocked down some of those early shots that were really key in getting us the win.”

With the inside-outside combination of Jones and Hooks, the Huskies had a combination that the Jags couldn’t match.

Jones used her height and a soft touch from the low blocks, and Spain Park didn’t have an answer. When the Jags double- and triple-teamed her, she passed to the open teammate.

Abbie Kate Monski was indicative of the defensive effort, with a steal and a score as time wound down in the first half to make it 19-7 at the break.

Jones had two blocks and even with a hard-nosed defensive effort only earned two fouls throughout the game.

The Jags mounted a comeback in the third quarter, but couldn’t get within 12 despite a pair of three-pointers from Kerri Barnes.

Hewitt-Trussville (20-5) next plays on the road Friday at Gadsden City.