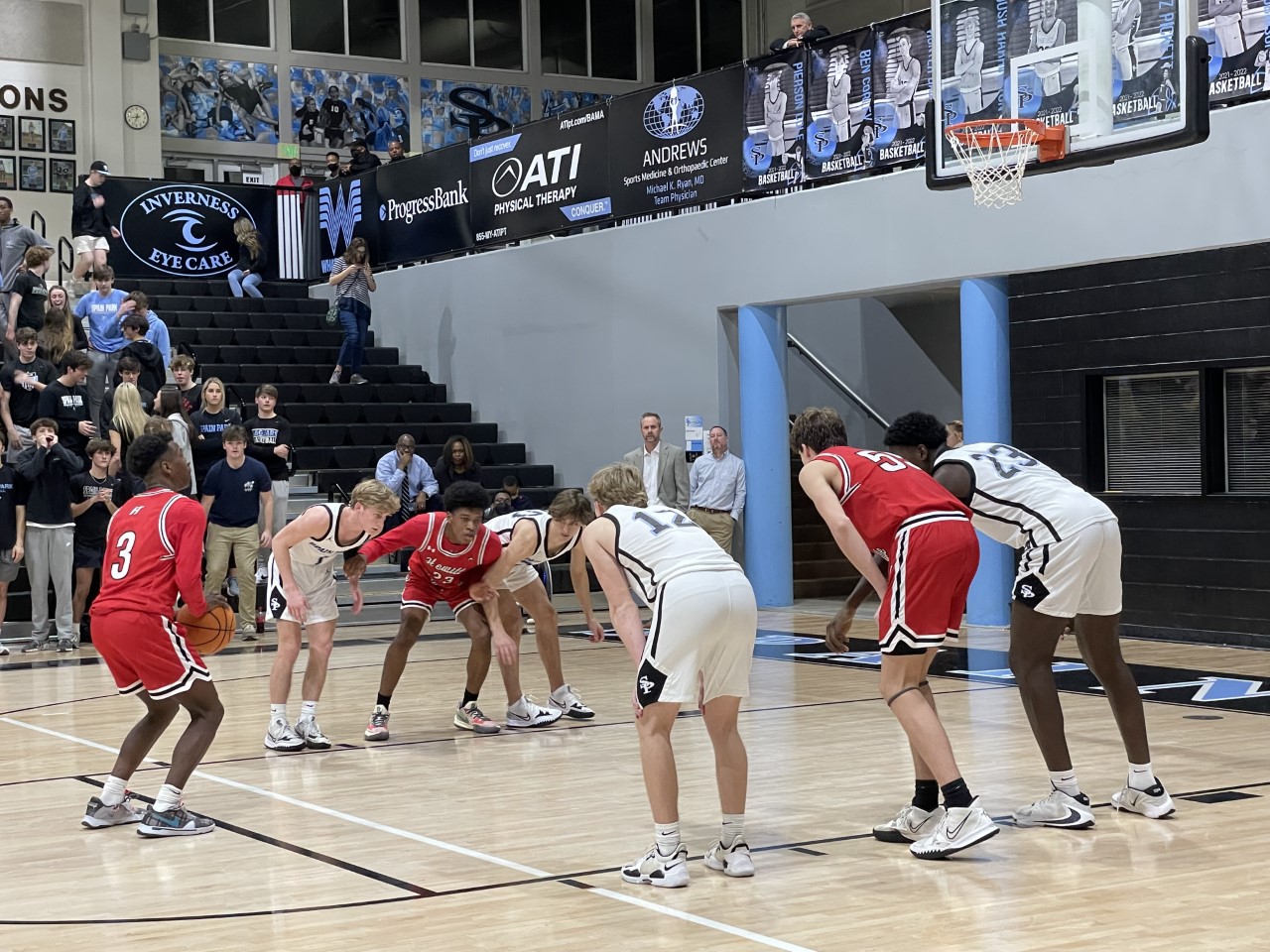 HOOVER – There’s no way around it: This was a beating. Spain Park used its superior height and size to run out to a 35-point lead in the third quarter before finally winning 67-35 against Hewitt-Trussville. 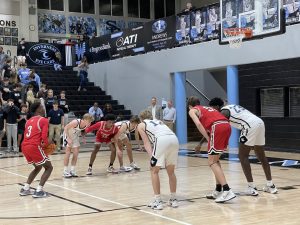 It didn’t look like it would be that way at first, as Ray Rolley grabbed a steal and staked the Huskies to a 2-0 lead. Rolley would score again within the first four minutes to put Hewitt-Trussville up 7-6 on a three-point shot.

The Huskies would never lead again in the game.

“There’s really not much to say about it,” said Huskies head coach Jeff Baker. “We didn’t come out assertive. They’re a big team, and we didn’t play with the physicality that we normally do. They just beat us up.”

Jaguars center Colin Turner had a field day inside, powering to 17 points. Turner’s strong play opened up the perimeter for Jaxon Hovanec to bomb a three-pointer at the first-quarter buzzer, and for Joshua Harrington to hit another three to make it 40-16 in the first half.

Spain Park won both regular-season matchups with the Huskies, scoring a 49-37 victory at Bryant Bank Arena earlier in January.-

Rolley led the Huskies with 17 points, while Reid Stodghill had nine.

Turner had 17 points, with 14 in the first half for the Jags. Harrington scored 14.