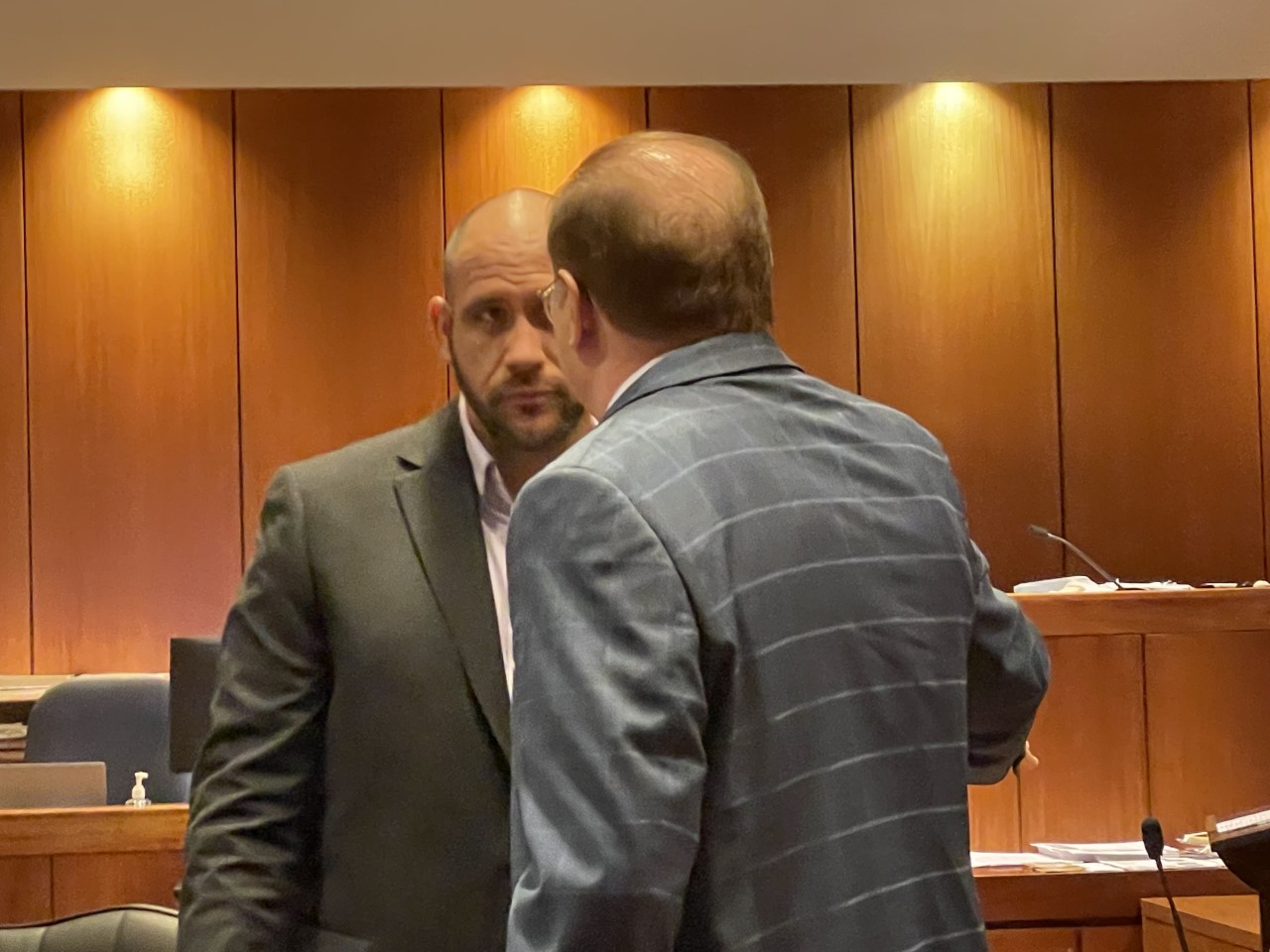 Attorneys for the prosecution & defense have concluded their closing arguments in the murder trial of Jacob Chambers (pictured at left with his defense attorney John Tindal). (Photo by Bobby Mathews)

BIRMINGHAM — Defense attorney John Tindall shook up closing statements in the murder trial of Jacob Naquade Chambers on Thursday, presenting a still image taken from a Jefferson County Sheriff’s Deputy that appears to show an object in the hand of Paul Edward Trull Jr. a few moments after Trull was shot to death. 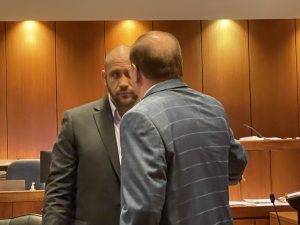 Attorneys for the prosecution & defense have concluded their closing arguments in the murder trial of Jacob Chambers (pictured at left with his defense attorney John Tindal). (Photo by Bobby Mathews)

The photo, which Tindall argues could show a gun in or near Trull’s hand, was presented shortly before the jury received instructions from Circuit Judge Teresa Tanner Pulliam. Trull was in fact found with a gun on his person after the shooting, although initially investigators told Chambers that they had not found a gun on Trull.

“(Chambers) is the father of a 5-year-old boy, a husband, a man with no criminal record,’ Tindall told jurors, arguing that his client acted in self-defense. “He did what he had to do on that day to save his life.”

Prosecutors argue that Chambers went to Trull’s home in Clay to confront him, pausing to load his own weapon and put a round in the chamber before arriving at the residence on the 7500 block of Weems Road.

At issue: Chambers claims he wanted to confront Trull, his stepfather, about alleged sexual abuse of Chambers’ sister, Alex Foster when she was a child. Foster testified on Chambers’ behalf earlier this week, saying that he acted in self-defense as Trull approached him during their confrontation.

Where the sides diverge: Prosecutors and two eyewitnesses claim that Trull approached Chambers with his hands in the air to try to talk out their grievances. However, Chambers — who took the witness stand in his own defense — and another witness claim that Trull was fumbling for his weapon when Chambers drew his own gun and fired.

Chambers fired five times at Trull, hitting him three times in the head.

“That has nothing to do with why we are here today,” Hicks said. “When (Chambers) was asked why he didn’t go to the police with these allegations, he told the investigator that he ‘wanted the family to confront (Trull).'”

Pulliam charged jurors with deliberating whether prosecutors had met their burden of proof for murder “beyond a reasonable doubt,” and also instructed them on the lesser included charge of reckless manslaughter.

However, Hicks asked the jury to convict on the murder charge.

“We ask for justice. For the victim, for the family,” Hicks said. He did not address the still photo produced by the defense.

The jury filed out of the courtroom at 11:31 a.m. to begin deliberations.