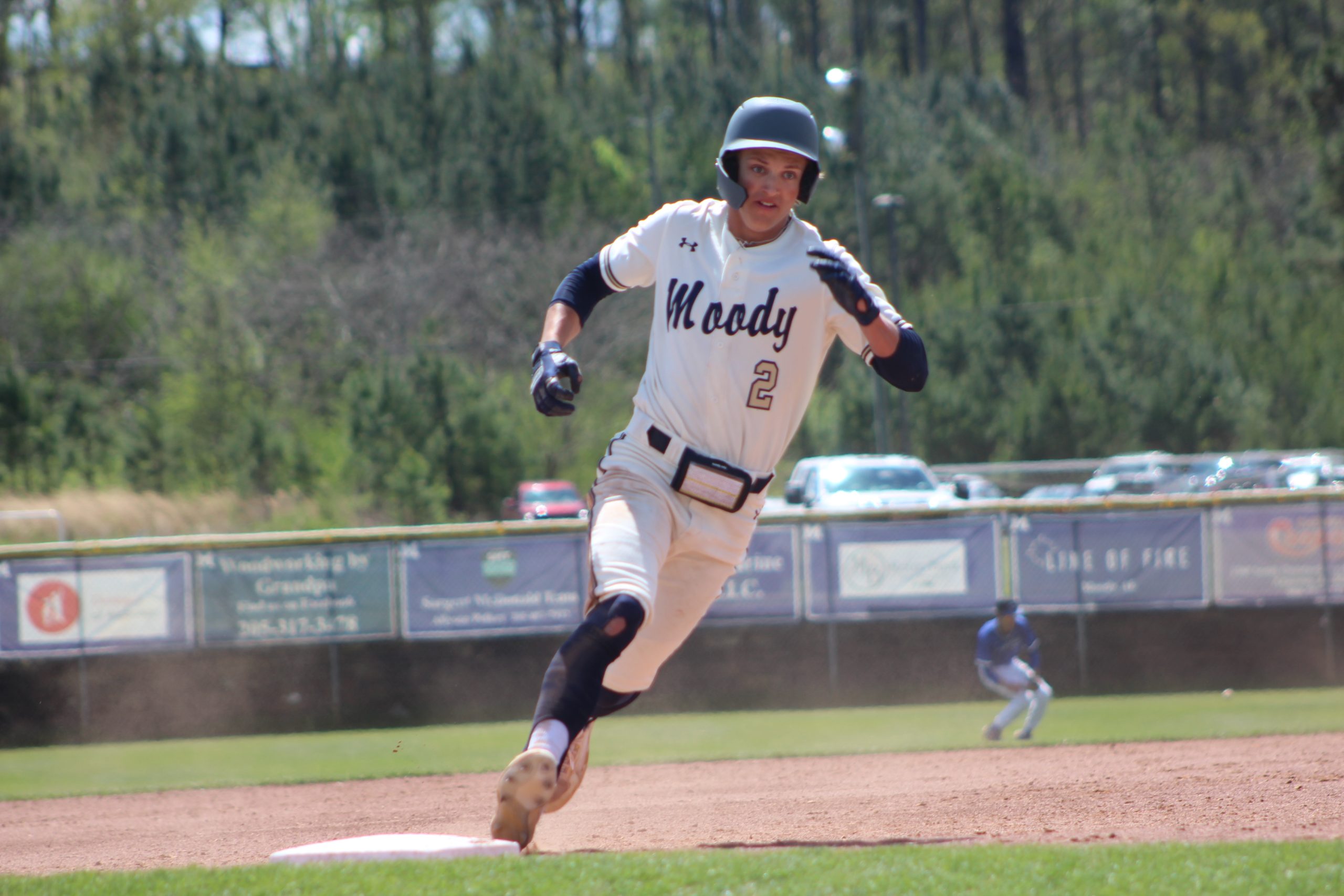 MOODY — Bourne Grant nailed the first pitch he saw in his sixth-inning at-bat and tripled, scoring a pair of runs to put the Blue Devils up by a run against Childersburg, and Moody prevailed 8-6 in the first game of a doubleheader here on Saturday. 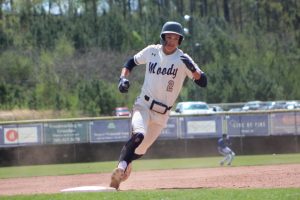 The Blue Devils weren’t able to keep that momentum in the second game, however, falling 11-8.

Here’s how it went down:

Childersburg managed to hold Moody scoreless for the first two innings before the Blue Devils got on the scoreboard 1-0 in the bottom of the third when Peyton Isbell tripled to start things off. Brady Dodd grounded out next, but got the RBI as Isbell scored from third.

Moody added three more runs in the bottom of the fifth when Grant doubled and Dodd homered to drive him in. From there, Chase Marshall doubled and scored on Chase Marshall’s single. Moody went into the sixth inning up 4-2.

Childersburg stormed back in the top of the sixth, plating four runs to go up 6-4, but Moody was able to answer in the bottom half of the inning.

Mason Morris walked to get on base, then advanced to third on a single from Landon Cherry. Blaine Burke doubled to score Morris, while Cherry advanced to third. That’s when Grant stepped up to hit his triple, scoring Cherry and Burke. Isbell then singled to score Grant for the final run of the game.

Cherry got the win on the mound, pitching two innings, allowing six hits and five runs, three of them earned. Cherry walked three and struck out three.

The Blue Devils couldn’t survive a seven-run burst in the top of the seventh inning from Childersburg, adding one run in the bottom of the inning before valling to the visitors.

Moody plays Tuesday, hosting Lincoln in the first of a three-game set.