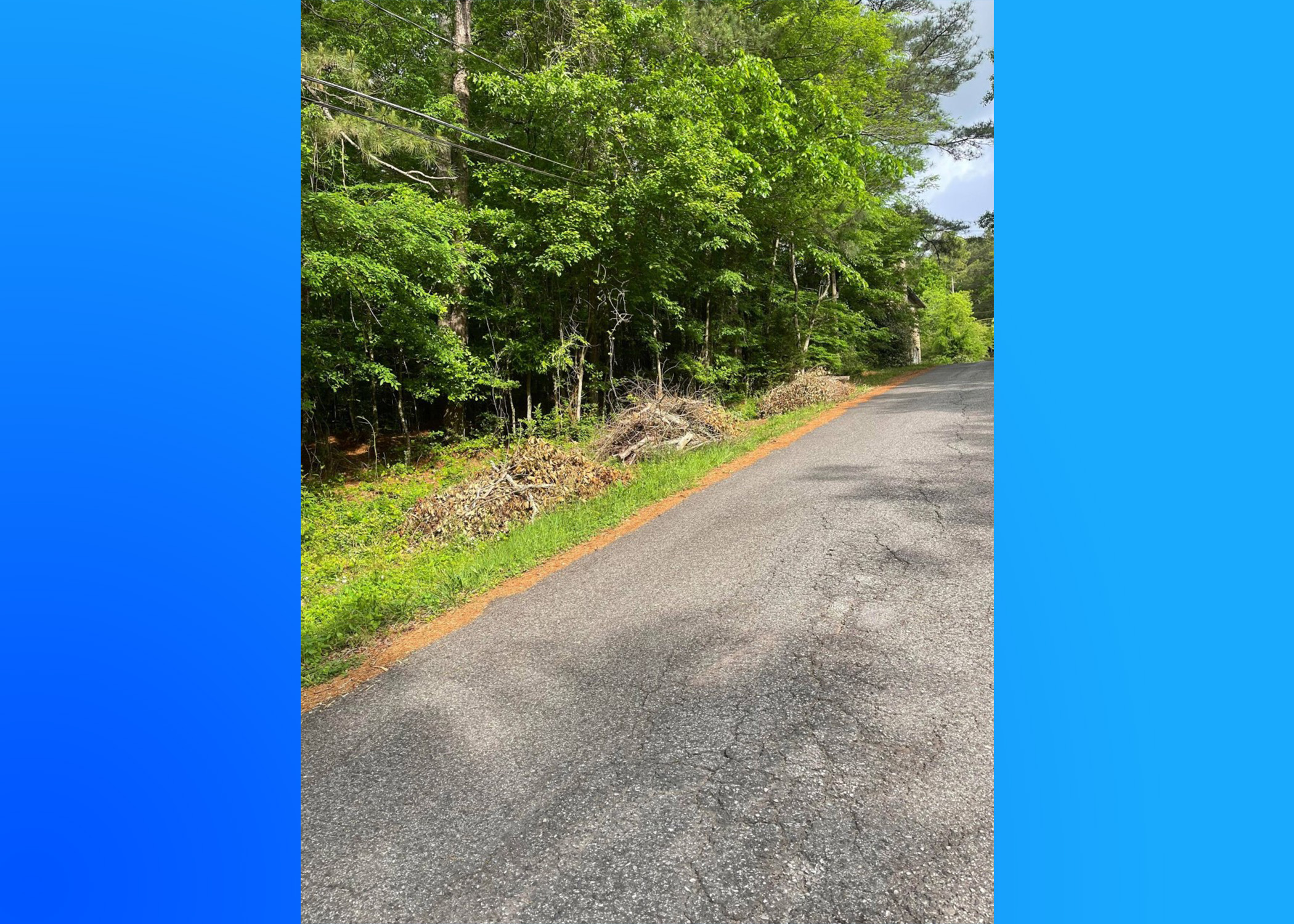 The debris piles on Pine Street near the old Rock School. (Photo by Terry Schrimscher)

SPRINGVILLE — The Springville City Council met for the first regular meeting of May on Monday night, May 2. In the work session prior to the meeting, members of the Council discussed the ongoing problem with debris pickup in the city. 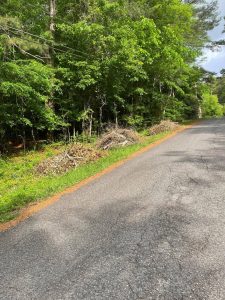 The debris piles on Pine Street near the old Rock School. (Photo by Terry Schrimscher)

The city approved a temporary waste disposal contract with EcoSouth Services in November of last year and agreed to a three-year contract with EcoSouth in January. Since that time, council members have expressed satisfaction with garbage collection services, but debris services have not caught up to schedules.

Springville endured long delays in garbage and debris collection with a previous vendor through much of 2021, which prompted city leaders to rebid contracts in July of 2021.

“I don’t think we should leave here tonight if we haven’t got a solution to this,” Councilmember Marshall Parker said. “This comes up every meeting or work session. If we have to hire somebody to clean our city up and then let the legal folks deal with the contract with the garbage folks because if this is going to wait for another meeting and then that goes to another meeting—there’s five Mondays in May.”

“The next thing you know, we’re into June, and we’ve got more and more out there. There’s going to be more and more illegal dumping,” Parker said. “They’re so far behind now they’re never going to get caught up. They don’t want to buy any equipment, and they think there’s some magic way of getting this up. I just don’t see it,” Parker said.

City Attorney James Hill cited examples in Mountain Brook where debris rates are much higher than those paid in Springville.

The Council agreed to seek a vendor to get the debris removal caught up and will consider allocating funds before the next meeting if a company is found to do the work.

The next meeting will be held Monday, May 16.