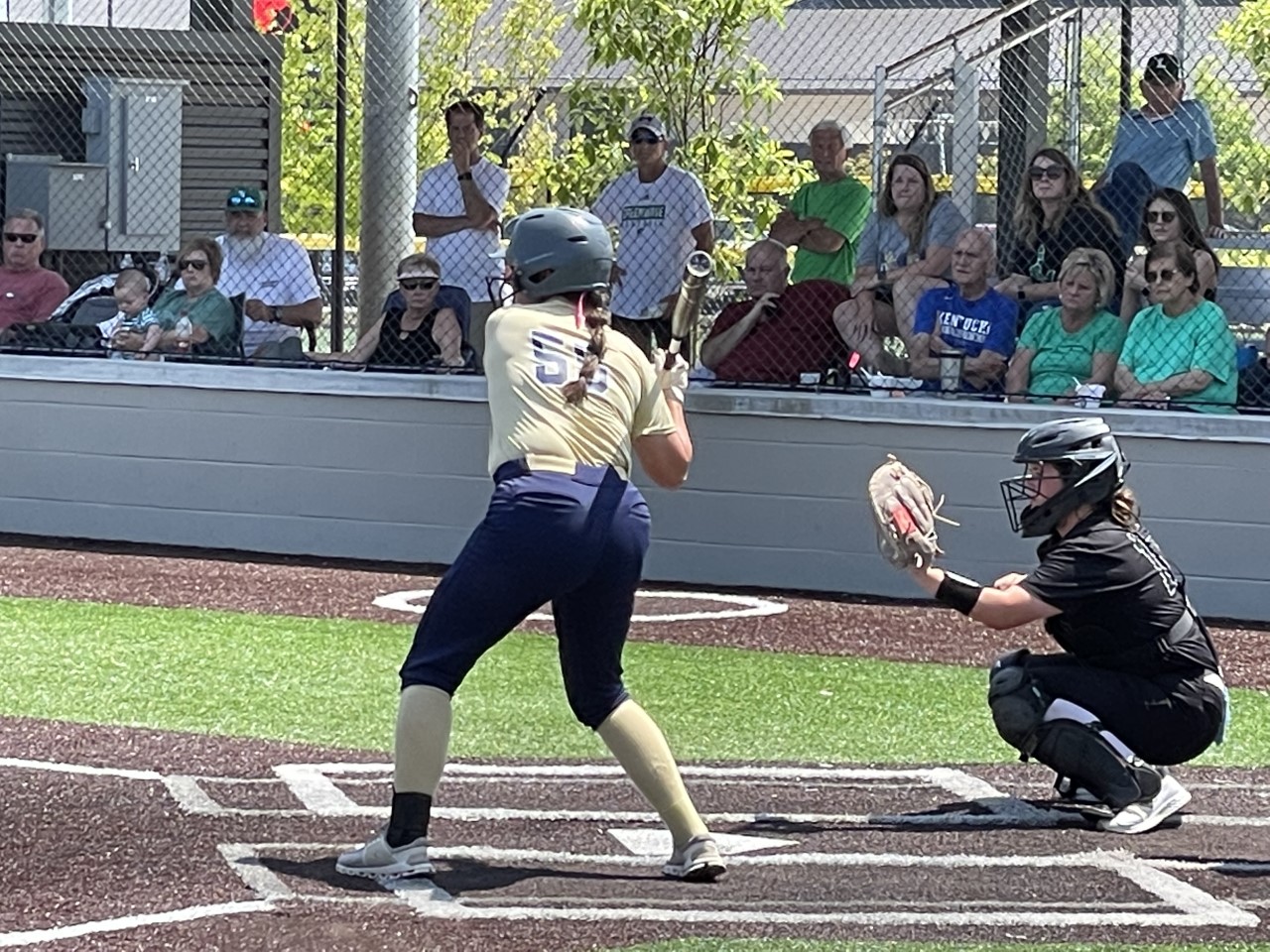 Moody's Faith Myers digs in while Leeds' Sophie Gromko waits for the pitch during the Blue Devils' 6-1 victory over Leeds in 5A Regional play. (Photo by Bobby Mathews)

Moody stops Leeds comeback to move on in region play

ALBERTVILLE — Faith Myers made her biggest plays at the biggest moments here on Wednesday, May 11, hauling in a line drive to end a Leeds threat in the top of the sixth, hitting a two-run double in the bottom of the inning, and then recording the final out on the back half of a double play to help lead Moody over Leeds 6-1 in the AHSAA 5A softball tournament. 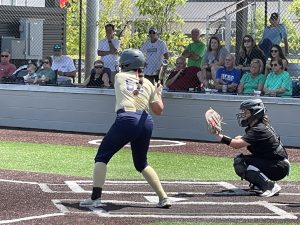 Moody’s Faith Myers digs in while Leeds’ Sophie Gromko waits for the pitch during the Blue Devils’ 6-1 victory over Leeds in 5A Regional play. (Photo by Bobby Mathews)

The Blue Devils got on top in the bottom of the third when Alex Harvard scored on an Emma Kile single and then scored three the next inning when Myers scored on a ball to center field by Harvard. Taylor Rogers singled after that to score Harvard, and then Kile walked with the bases loaded to bring in Mitchell. That made it 4-0 Blue Devils.

“I feel like my defense has been very good lately, and I’m just trying to grow off of that.,” Myers said. “I feel like my hitting has been off, but every time I go up there I’m just like ‘Get a base hit. Do your job.’ And that’s what got me through those last two innings.”

Leeds struck back in the top of the sixth when Marley Miller sacrificed Zoie Galloway home.

For Leeds, Sophie Sisk went 1-for-4, while Sophie Gromko went 1-for-4 as well. Galloway went 1-for-3 with a walk and scored. Katelyn Howard walked twice, and Kinlee Gilley went 1-for-3, and Miller went 1-for-2 with an RBI. Selah Larson walked.

“They were really just trying to make contact to get anything in play,” Graham said. “I tried to take advantage of that.”

Moody will play a familiar foe when they face Alexandria at 12:15 p.m. on Thursday.

The Blue Devils won their first game of the day by coming from behind against Brewer when Kendall Trimm singled to left field to score two runs to power Moody to a 2-1 victory. Riley Hodges pitched a gem of a game for the Blue Devils, throwing six scoreless innings after giving up one in the top of the first.

“This team, we’ve had days where we’ve waited until the fifth or sixth to jump out and we’ve had days where we’ve jumped out early and just kept our foot to the pedal,” Moody head coach Becky Seymour said. “One of the biggest things I love about this team is that they’re never out of the game. Whether it’s the first inning, second inning or seventh inning, we always find a way to stay in the game.”

Machen took the win in the first game, pitching a complete game and allowing 4 runs on seven hits, striking out six and walking one.

Leeds will play Guntersville in the consolation bracket on Thursday at 10:45 a.m.