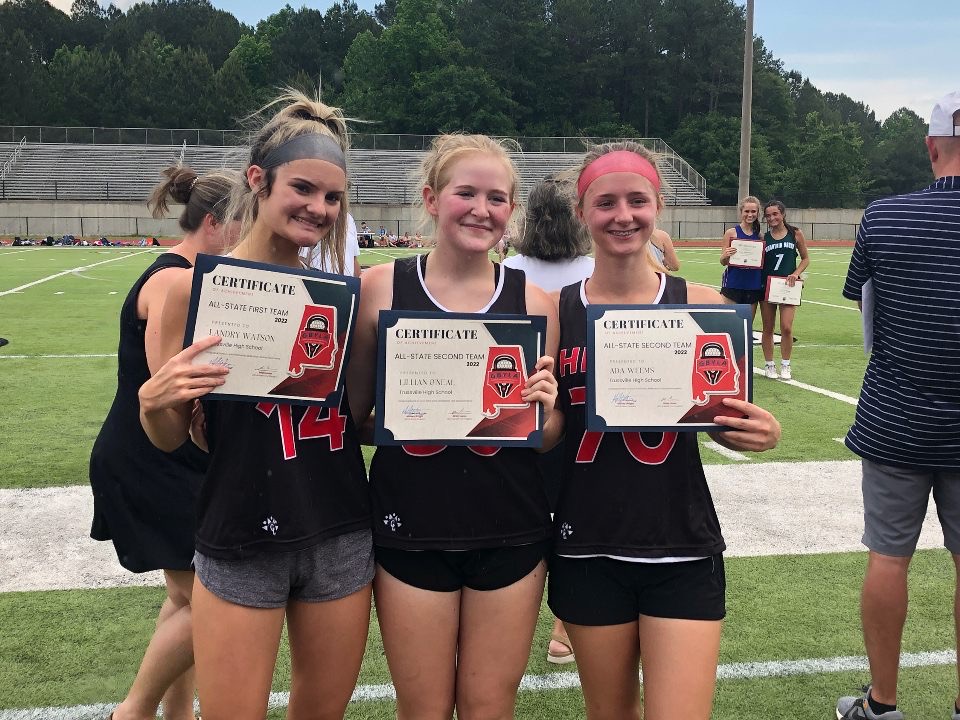 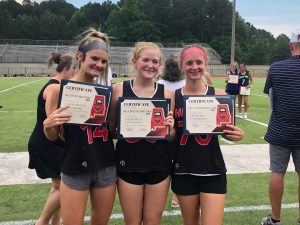 The game, hosted by Hoover High School at Buccaneer Stadium, featured players from all over the state. Trussville players were a part of the red team coached by Vestavia’s Dennis Lipford.

The red team led 5-1 at halftime with the game being called shortly after play resumed due to weather conditions.

At halftime, all three players were recognized for being named to the GBYLA All State Teams. Lillian O’Neal (attack) and Ada Weems (midfield) were named to the All State Second Team. Landry Watson (defense) was named to the All State First Team. Weems will attend Birmingham Southern and plans to continue playing lacrosse there.
“We are very proud of Landry, Lillian and Ada,” Hewitt-Trussville head coach Tom McCormick said. “They are our 2022 team captains and have made great contributions to our team and the sport this season. We are looking forward to watching Lillian and Landry as they return for their senior season at Trussville. We are also excited to see Ada take the next step in her lacrosse career with the team at Birmingham Southern.”
Share on Facebook Share
Tags: Hewitt-Trussville lacrosse
Share 0
Tweet
Share
Share