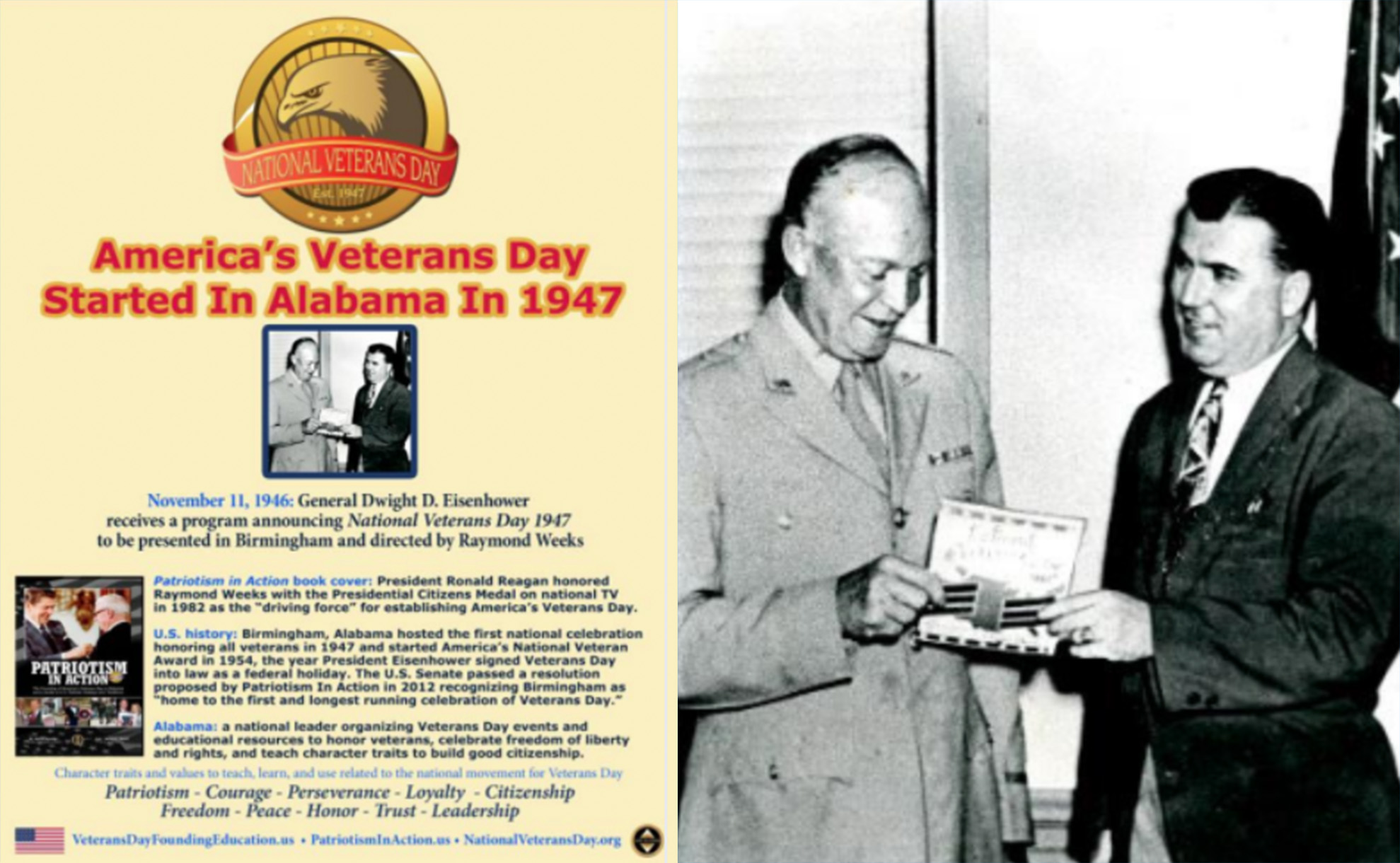 Posted By: Hannah Curranon: May 17, 2022In: Lifestyle, Metro/State/Nation
Print Email 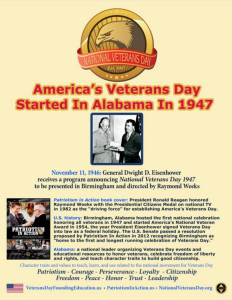 Dr. David Dyson spreads education about how America’s Veterans Day started in Alabama. Dyson was appointed Historian and Author for National Veterans Day in Birmingham by Trussville native Mark Ryan, who serves as volunteer president for the organization, which started our nation’s Veterans Day in 1947. Dyson also serves as founder of Life Leaders Institute with major programs Compassion Ranch and Patriotism in Action. Alabamians saw the need after WWII to honor veterans of all wars, proposed the concept to Gen. Eisenhower in 1946, hosted the first National Veterans Day in 1947, and supported as President Eisenhower made Veterans Day a national holiday in 1954.

We are sponsoring a campaign to help our citizens know the who-where-when of this national holiday born in our state. When veterans came to them 10 years ago citing a problem that while many people in the Birmingham Area have seen or heard of the parade and seen news stories, they estimated only 2 percent of Alabamians knew this history, less than 1 percent nationally.

If veteran, educational, patriotic, civic, government, and media organizations display the poster summarizing the history and character traits then Alabamians can teach this history to citizens and brand Alabama better for leading this national movement as well as the Civil Rights Movement. 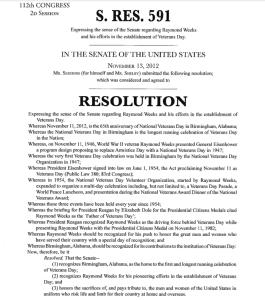 It’s a potentially powerful message. Veterans gave us Freedom of Liberty. With Freedom of Liberty and Freedom of Rights, we have Freedom to Flourish. The character traits mandated to teach since 1995 include patriotism, courage, perseverance, and 22 more. This history helps teach those traits that can help students learn to develop and flourish better, Dyson said.

This is the 75th anniversary year (1947-2022) since Alabama started the commemoration of veterans of all wars in America and the 10th anniversary year since the campaign resulted in the U.S. Senate passing a resolution restoring official national recognition for the City of Birmingham, State of Alabama, and “driving force” Raymond Weeks.

Local organizations are among those who display the poster.

Local leaders helping to promote the campaign and distribute posters include Col. Bob (USA Retired) and Nancy Barefield of Clay, who serve as chair of Patriotism in Action. Mrs. Temple Wells, Ms. Senior Alabama from Trussville, chose the Veterans Day Founding Education and Compassion Ranch programs as her platform of service.

“We have made great progress, though for this state branding to be sustainable schools and patriotic organizations can take action in a simple inexpensive way,” Dyson said. “Display a poster that summarizes the history and character traits and read our 7-point statement annually at Veterans Day events. Inspired teachers can also spend a few minutes teaching the 5 character traits and 5 more recommended values advanced by the history during November 1-10.”

Dyson said there are seven key facts to share with students and other citizens to help them know the who-when-where of establishing Veterans Day. We ask the many schools and organizations who host a Veterans Day commemoration to say or publish this statement:

Dyson explained a problem in 2012 ended up helping Alabama to strengthen its position as a national leader for Veterans Day. 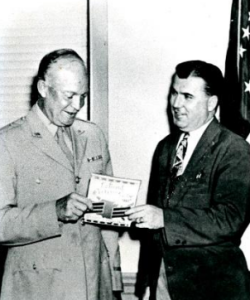 “I anticipated investing a month to get the job done, mainly a lesson plan for schools, proclamation from the Governor, and help for civic clubs to tell the story to leaders already out of school,” Dyson said. “We made progress in the Department of Education with a promised lesson plan using our research before Veterans Day. Then, we had a meeting with people in the Governor’s Office, Veteran Affairs, and Tourism, and they all agreed to help. Our next step was a proclamation from the Governor. Then, we learned, some bad news that made the job tougher.”

Thanks to research by Bob Horton of Veterans Affairs, we learned the U.S. Congress had passed a resolution ten years earlier that said Veterans Day started in another state in 1953 and 1954 (seven years after Alabama was already doing Veterans Day). So we knew the truth, but this congressional action would make public officials hesitant to support a different position. Officially, Birmingham and Raymond Weeks had lost their legacy. Dyson said now they had to prove their case.

Dyson explained that Patriotism in Action, with cooperation from National Veterans Day in Birmingham and many more patriots, appealed to the United States Congress to prove Alabama led the national movement for Veterans Day. 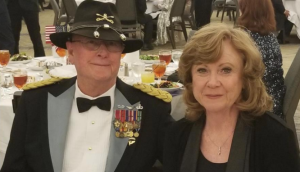 “The book and poster told our story. We also sent the speech by Reagan showing the White House had already vetted this,” Dyson said. “President Reagan called Mr. Weeks the ‘driving force.’ The briefing for the President by Elizabeth Dole referred to Weeks as the ‘Father of Veterans Day.’ We urged cooperation instead of a fight with the other state. Even though Alabama started Veterans Day you cannot have a national movement without states like Kansas spreading the concepts and programs.”

Eleven months after the program started, about the time of Veterans Day, the U.S. Senate passed a resolution confirming Alabama had the longest-running celebration of Veterans Day in the United States. The resolution cited the first parade in Birmingham and Weeks for his leadership. The official lost legacy had been restored.

“Now, we must implement in a sustainable way through education and branding,” Dyson said. “If every school taught this history and our patriotic organizations displayed the poster and cited the historical points annually, we could add a positive brand for our state and sustain for future generations.” 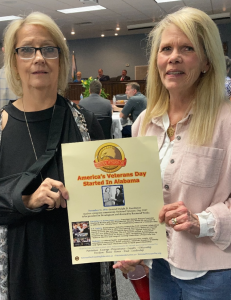 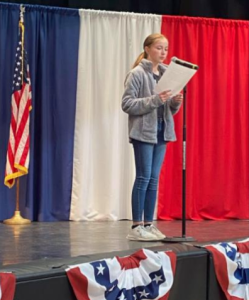 Great-granddaughter of Raymond Weeks reads the statement at her school in Hoover. (Photo courtesy of Veterans Day Founding Education)