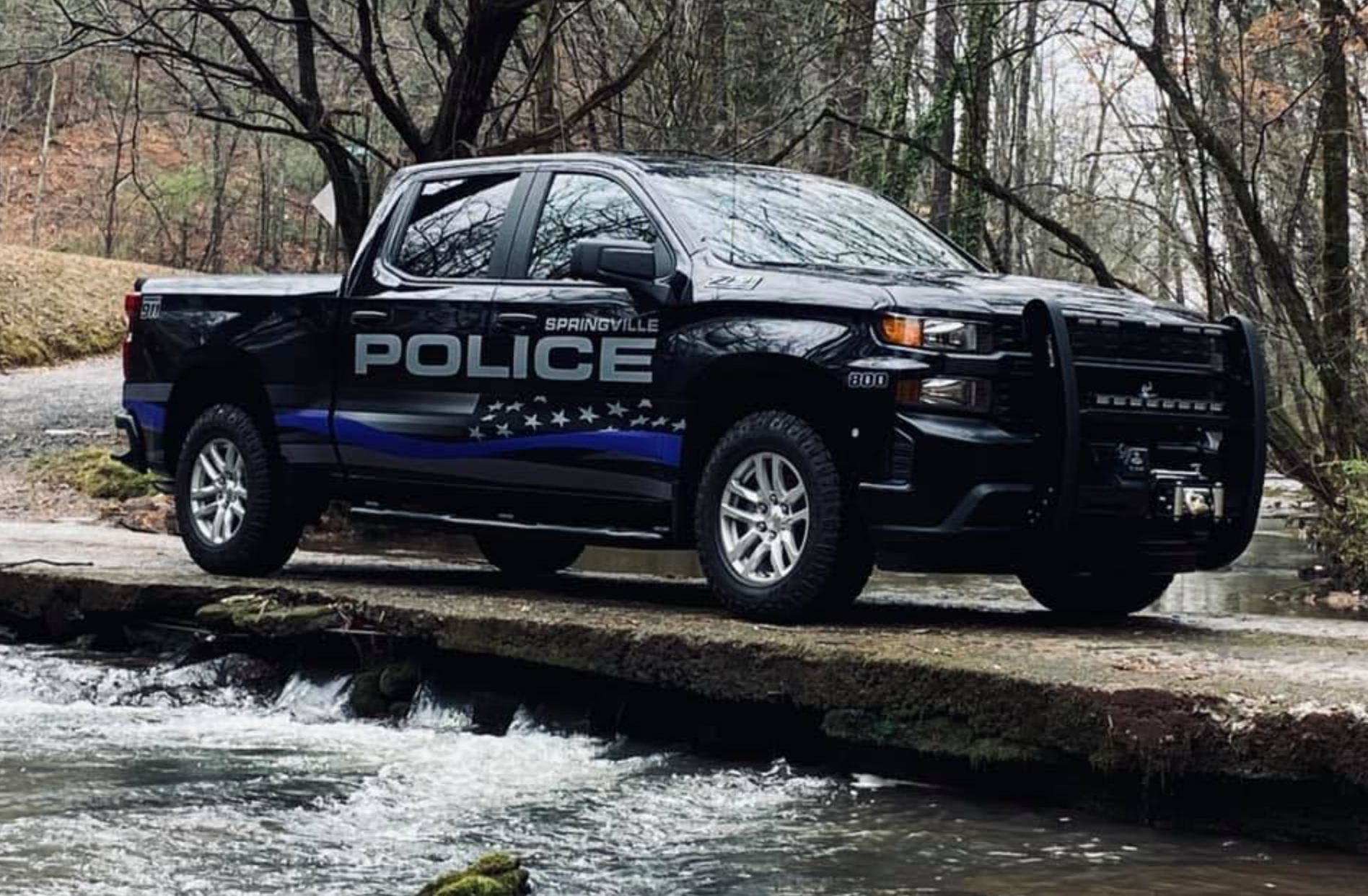 SPRINGVILLE — The City of Springville is hosting a “Springville Night Out” on Saturday, June 18, from 12 p.m. to 5 p.m. at Springville High School. 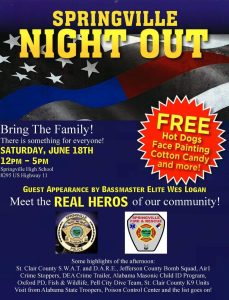 There will be something for everyone in the family. There will be free hotdogs, face painting, cotton candy, snow cones, and more. In addition, Bassmaster Elite Wes Logan will have a guest appearance.

The community will also get the opportunity to meet the heroes of Springville (Springville Police Department and Springville Fire and Rescue).

Springville Police Chief Wayne Walton said one of the night’s biggest highlights is the Alabama Masonic Child ID Program, which will be free to the public. Each child will be photographed, fingerprinted, and a child information pack made and given to the parents or guardians.

“That’s community police at its finest,” Springville Police Chief Wayne Walton said. “All the people that are going to be here, they support us.”

The Springville police wives, a.k.a. 1048 Wives, will be at the event selling t-shirts for $20. The money raised from the t-shirt will go back to SPD to help buy equipment.

SPD will also be unveiling a new piece of equipment at the event, they will also be holding several free giveaways for attendees.

If you want to experience all the fun and excitement, plan to attend the Springville Night Out at Springville High School.

Some highlights of the afternoon: