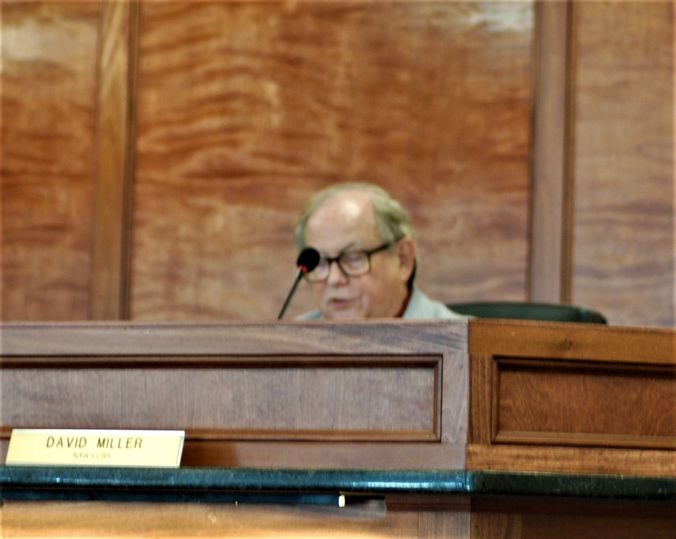 LEEDS – The Leeds City Council held a shorter than usual meeting on Monday, June 20, where Main Street was brought up, as well as the ongoing controversy regarding the public library. 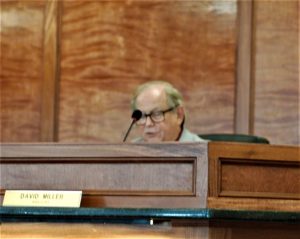 The agenda did not list anything under old or new business as the meeting was convened until two items were added. Before anything was added, the council voted to go into executive session. The purpose, City Attorney Scott Barnett said, was to discuss potential litigation and the reputation of an individual.

Executive session lasted around 20 minutes. When the council returned, the first item was to approve a letter of indemnity for the Main Street celebration event to take place today, following the city’s recent entrance into the program. The second was to approve a sublease for the use of a parking lot on property owned by the Barnes family.

The council then turned to public comments, with Mayor David Miller reiterating that there would be no discussion on the matter of personnel due to possible litigation or about funding.

The first to speak was Amber Vines, who is the executive director of the downtown district for Main Street Leeds. She invited the public to attend the celebration event.

Afterward, resident Ann Fronzuto voiced her support for the library.

“I believe recently there has been some information misrepresented about legitimate concerns brought before the council by former Leeds library staff,” Fronzuto said. “And I hope that in the future budget discussions, they will be able to be returned to their pre-pandemic budget level to enable them to serve our community.”

She said that she felt that the summer reading program has “suffered” because of funding decisions from the council. She also said that she was not allowed to speak at the last meeting on this matter.

Lindsay Bolcar then spoke and repeated what she shared with the Tribune at the last meeting about state funding for the library, saying that the Alabama Public Library Service, or ALPS, allocates money based on meeting certain requirements.

One requirement is having a qualified director, which the Leeds library does not have since the resignation of Melanie Carden. Another is a minimum number of hours of operation, but these have been cut because of shorter staff, she said.

“You can go to the library, and you can see how many people use our library,” Carden said. “And right now, our library is in danger of losing our state funding due to not meeting the requirements from the ALPS.”

She added that while this is the board of directors’ responsibility, she urged the council to work with the board to keep state funding in place.

Lastly was Merrel Stringer, who voiced her hopes for a resolution.

“I have been saddened at the cutbacks in hours and staffing because this really is one of the most special parts of living in Leeds, so I just hope that things can be worked out,” Stringer said.

During department reports, Police Chief Paul Irwin said that they are now working with Carfax, an online service that provides traffic history reports, especially for vehicles that have been through accidents. As in the previous meeting, he noted the number of accidents that have occurred lately in the city and said that this will benefit both people in the city and those from outside.