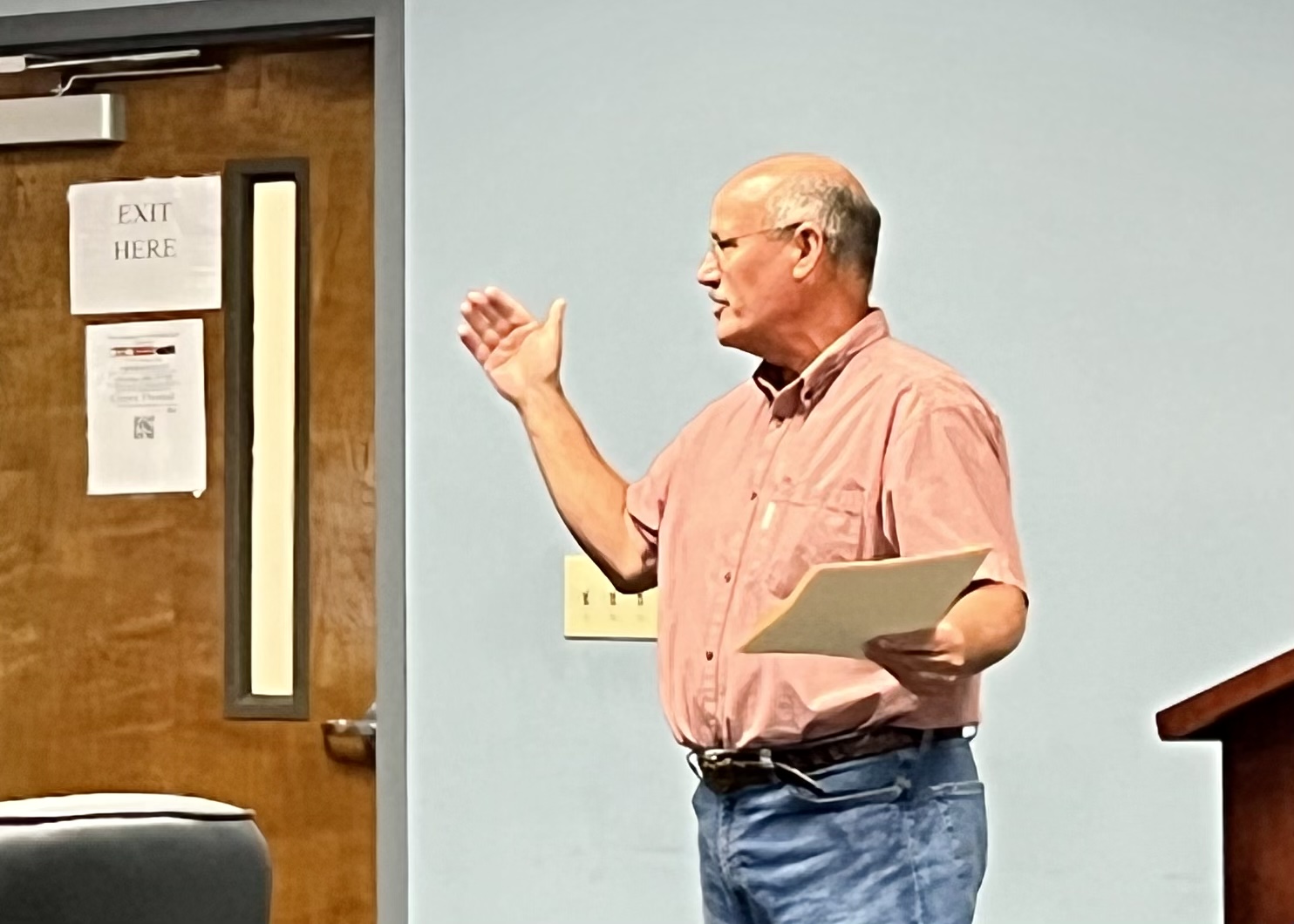 ARGO – William “Bill” McPherson Jr. addressed the Argo City Council Monday night, June 27, concerning dangerous speeders on Blackjack Road. McPherson’s family has lived on Blackjack Road since 1964, he said, and now that he and his wife are both retired, they were looking forward to a peaceful and rewarding life on their farm. 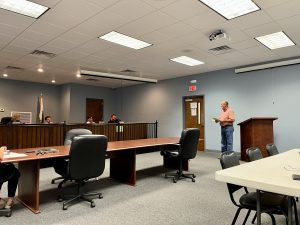 “Stemming from a situation that happened Friday … I’d like to address an issue that I feel is long overdue for attention,” McPherson said. “Since ’64, we’ve been witness to many changes on Blackjack Road … but none of them as life-changing as what we’re experiencing now.”

McPherson said that on Friday, June 24, at 7:30 a.m., he was riding his Gator Utility Vehicle to his family’s garden when a white pickup truck, driving northbound at a high speed, crossed the double yellow lines, nearly hitting him.

“I was just about to make a left-hand turn into the garden; if I had started to turn just one second earlier, I wouldn’t be here,” he said. “It changed me.”

The truck came so close to McPherson that he said the compression from the air nearly blew him out of his Gator.

“It’s gotten where it’s all the time now,” he said. “Same hill … there was a (school) bus at the bottom of the hill when a truck came over the hill. … You can still see the skid marks (where the truck) almost hit that bus. All this is happening within the same 100 yards.”

While both McPherson and the council acknowledged that the road, though inside city limits, is owned by St. Clair County, McPherson pleaded with the council to help in any way they can.

“We’re having too many close calls,” he said. “We need a greater police presence on Blackjack Road, along with a Flock camera. … Combined, they would send a message to speeders and hopefully (be) a deterrent to some.”

“I’d like to see them installed … from just north of Solwold Trail, which is the top of the hill … to just south of City Hall here.”

Mayor Betty Bradley said that, although the city cannot legally install signs or speed breakers on a road that is owned by the county, the city could ask the police department to increase patrol of that area. Bradley also recommended that McPherson get on the St. Clair County Commission’s agenda and relay these concerns to them, exactly as he did for the city council.

“Many questions remain, but one thing leaves nothing to question, and that is the street’s not safe,” McPherson said. “Measures have to be taken, so these occurrences stop before it costs somebody their life.”

In other news, the council approved the following:

The next meeting of the Argo City Council will be Monday, July 11, 2022, at the Argo Municipal Complex. The meeting will immediately follow a 5 p.m. work session.