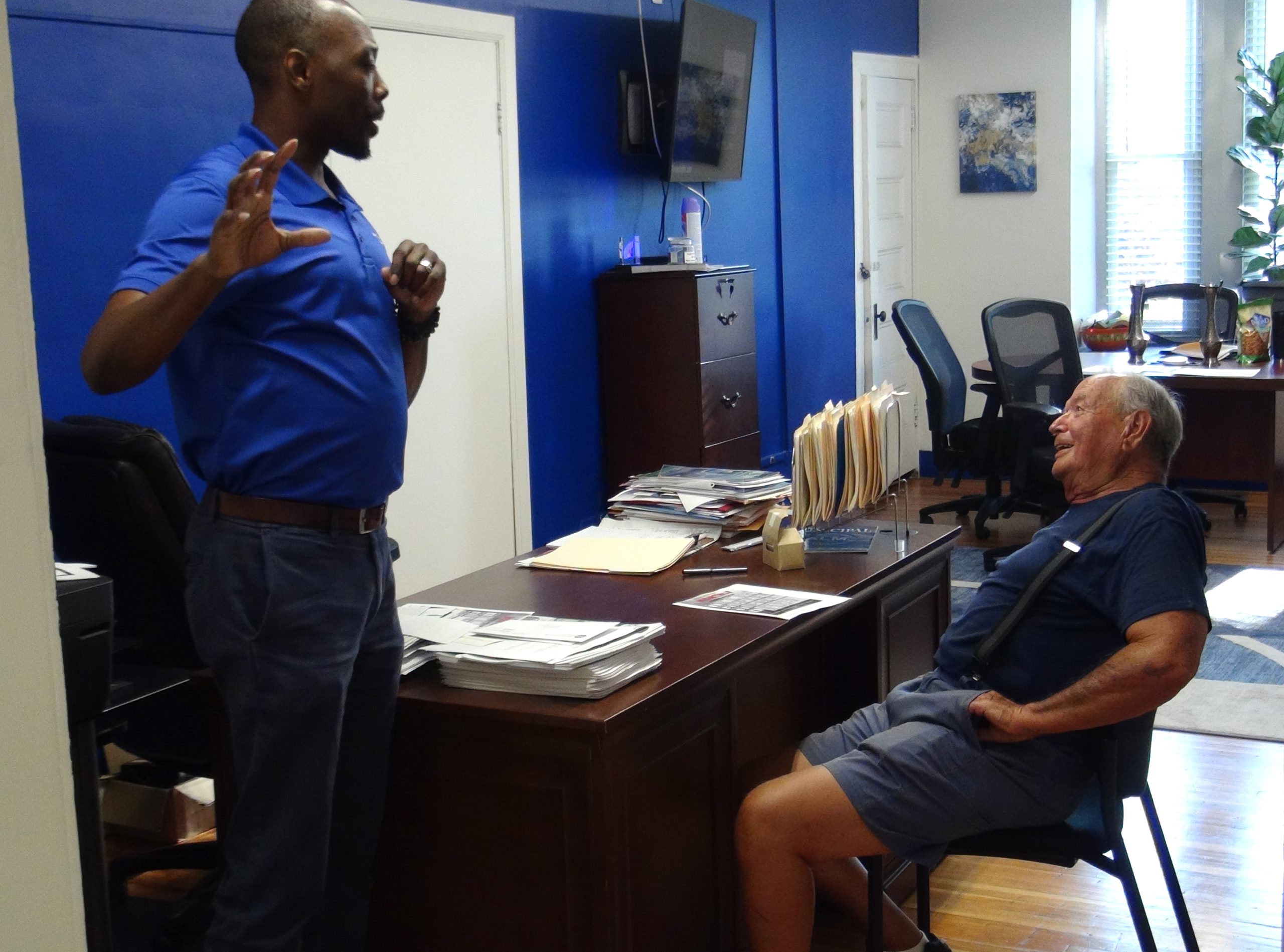 CENTER POINT — It’s shortly after 6 p.m. on Monday, July 11, and a handful of citizens have just learned that tonight’s City Council meeting has been postponed for a second time, having originally been scheduled for Thursday, July 7. 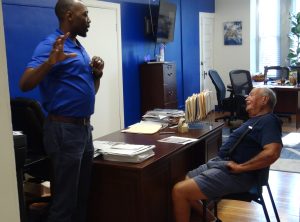 Despite the cancelation, Center Point Mayor Bobby Scott is still working, spending some time listening to long-time resident Bill Ramsey who has an issue to discuss – some brush he was instructed to pile in front of his house more than a month ago still hasn’t been picked up by the city.

Scott listens patiently and agrees that the city is having some issues regarding debris pick-up, but assures Ramsey that city workers will remove the brush as soon as possible. The two men chat for a few more moments and shake hands before Ramsey heads to the home he’s lived in since 1967.

With the day’s official business almost complete, Scott finally sits down at the conference table inside his office on the first floor of City Hall for an impromptu one-on-one with the Trussville Tribune to discuss a hot button issue throughout Center Point: public safety. “One of our biggest issues is public safety,” said Scott, jumping into the conversation head first.

The first-term mayor said residents have long-expressed a desire for a city-run police department to serve Center Point, which is currently providing police coverage through an agreement with Jefferson County. Scott said a recent feasibility study has shown that Center Point’s current finances will not support a police department of the size and scope to handle the city’s needs. “We want to make sure there’s adequate coverage,” said Scott.

“We could hire a chief and four officers, but you don’t want your department stretched thin and underperforming,” he adds. “We want to make sure that there’s adequate coverage throughout all of the shifts.”

Adding in the cost of weapons, police cruisers, liability insurance, uniforms, and other expenses “takes the price way over what our general budget could support,” Scott said.

Scott says the city is currently in negotiations with Jefferson County to increase the number of deputies to ten as well as other points, such as making sure a police cruiser is available where needed and adding “Center Point” decals to cars to help identify deputies on assignment for Center Point.

“Regular (Jefferson County deputies) can’t enforce our ordinances; they have to be a contract officer,” explains Scott. “Now if you call for any kind of violence, like domestic violence, any officer can come. Specific ordinances, like cars on lawns, dogs, and other public nuisances, those have to be contract officers to write those up.”

Scott says he and the city council have floated other ideas in the work sessions to improve public safety and quality of life issues, such as a joint police force with the cities of Pinson and Clay, the possibility of providing free housing for police officers inside the city limits, neighborhood watch programs, and other initiatives designed to strengthen community bonds.

The ultimate goal, according to Scott, is to eventually develop a police force for Center Point, but in a way that doesn’t place a financial burden on the city coffers or the citizens.