LATEST NEWS
Home Business Finance FINANCE: Are we in a recession? 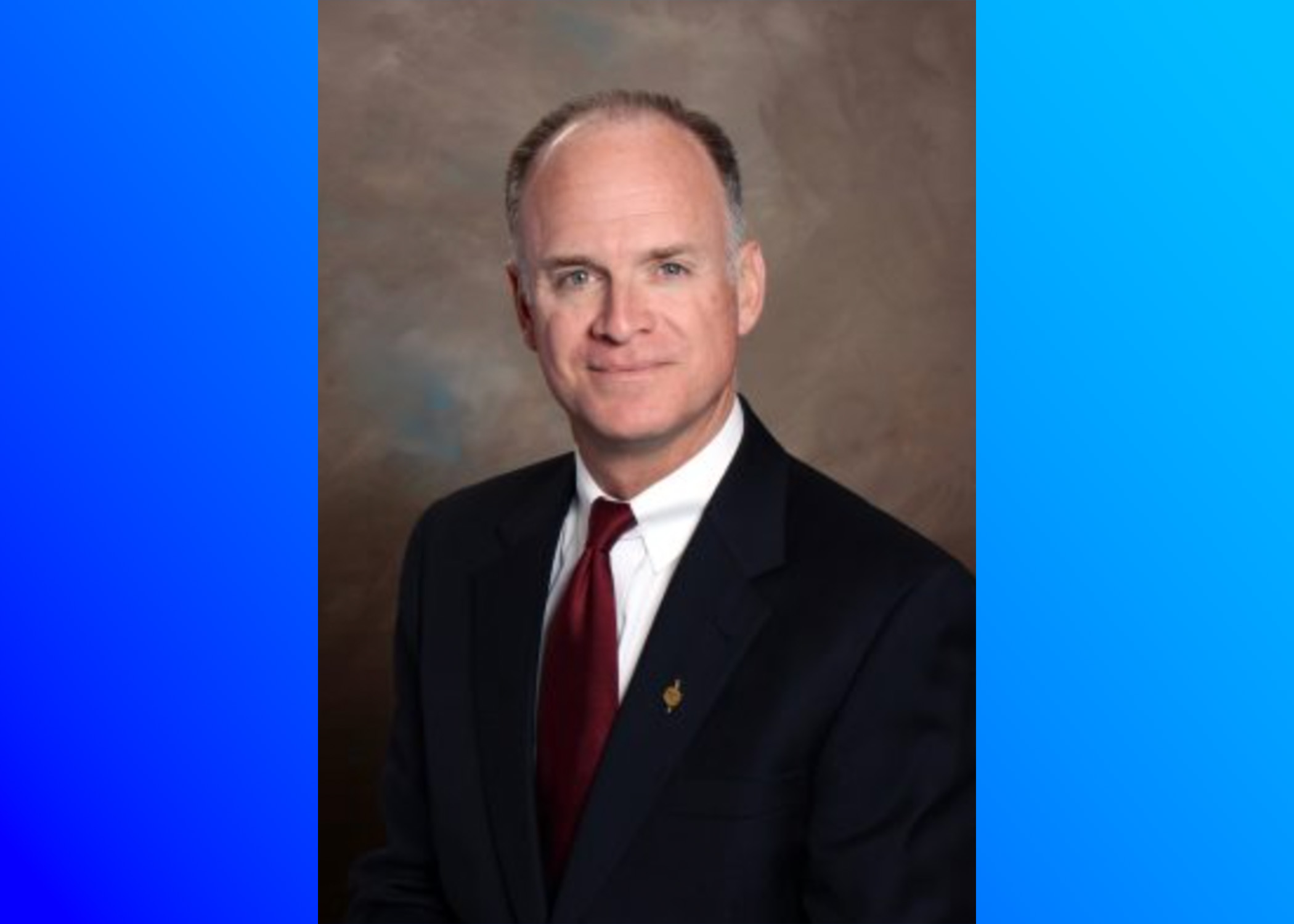 FINANCE: Are we in a recession?

business media, and the conjecture over whether we’re in a recession or not has dominated my recent conversations with clients for months.

The answer is that the National Bureau of economic research is the only body that is tasked with such a definition. Frankly, it will be several months before we hear from the NBER but for the time being, we can certainly evaluate the economic metrics that will factor into that determination. At a very high level, in my opinion, yes, we are in the beginning stages of a recession, and furthermore, as I have discussed in the past, I believe this recession could be long in duration, and hopefully shallow in frequency.

This is a very odd period of time.  There are so many firsts that are impacting both the markets and the economy, as well as other things that we haven’t seen in 50 years. So, when trying to answer this question, we have to consider these oddities. On the one hand, it is difficult to have a recession when jobs are being created, and both the manufacturing, and services side of the economy remain in expansion territory.

However, rampant inflation, and wages that are not keeping up with inflation, and economic deceleration are certainly characteristics of a recession. We have all of that at the present time.  So, to answer the question, no, you really can’t simply stop with the observation of two negative quarters of gross domestic product growth. The definition of being in recession includes many other factors.  When viewed holistically, I do believe that the current trajectory of the economy will indeed meet the definition of recession, but again, it will be the National Bureau of economic research that makes that determination, several months in the future.

With regard to “firsts” and “oddities”, it is certainly very strange to observe the federal reserve board in an aggressive quantitative tightening posture, while the economy is contracting. We have observed negative economic growth over the last six months, as evidenced by recent GDP readings. Yet, the Federal Reserve is quantitatively tightening, which is normally what they would do when the economy is expanding too quickly.

The June reading on headline inflation showed that the CPI increased by 9.1% over the previous 12 months. It is certainly odd that a precious metal like gold, would be down 13% since March while this was unfolding.

I thought that gold, silver, and other precious metals were supposed to be stores of value during periods of high inflation. Clearly, that isn’t working well today.

Part of the reason for that is because of the aggressive posture of the Federal Reserve, and the strength in the United States dollar that has resulted. 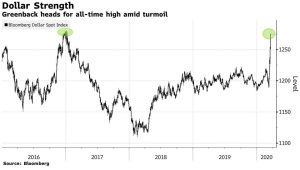 As you can see on this chart, the Bloomberg dollar spot index suggests that the dollar is nearing an all time relative high against the global basket of currencies. What is most striking, is how quickly the dollar has strengthened. Anything denominated in the strengthening currency will likely go down in value. So yes, we do have inflation at a level not seen since 1980, and at the same time we see a precious metal like gold, that has historically been a safe haven against inflation, also moving down, as a function of significant dollar strength.

So why is the Federal Reserve taking such an aggressive posture? They are desperately trying to rein in a monster of money that was printed over a 30-month period of time before it becomes incendiary, and touches off a period of stagflation.

Why did they print so much money? To fund unprecedented spending promulgated by Congress. Why did Congress promulgate such spending? To support an economy, that had shut down for the first time in history, in response to the disease that no one had heard of prior to 2020.

For the first time in 50 years, treasury securities and equities are positively correlated.

Normally, when the market is volatile, we’re able to turn to such things as treasury securities for buoyancy, and negative correlation. Meaning, treasuries are likely moving in a positive direction while the market is moving in a negative direction. We don’t have that today, because as the Federal Reserve attempts to unwind its balance sheet, it is creating significant price distortion, and as a result, prices of treasuries are declining, yields are rising, and this is evidenced by inverted yield curves. Again, very unusual, and something that we have not seen since 1972.

Again, this is just a handful of firsts, but we have them, and because we do, it is virtually impossible to rely on anecdotal evidence, and historical models, to glean insight into what may happen next. So, when we’re trying to wrestle with the definition of a recession, we simply cannot rely solely on a high-level layman’s definition of two negative growth quarters of gross domestic product. We must look more deeply, at the components, and view them all holistically.

What are the economic components are that should be monitored when trying to gauge the trajectory of the economy?  Well, first, let’s take a look at our capacity to spend. 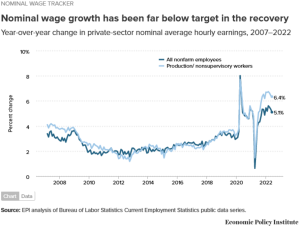 We know that all nonfarm payrolls rose by 5.1% over the most recent twelve-month period of time according to the Bureau of Labor and Statistics. I mentioned earlier that headline inflation was 9.1% over the same period of time. Other things like food, fuel, shelter, and health care have risen by much faster rate than headline inflation. Therefore, our capacity to purchase these things is going backwards, by an increasingly wider margin, every month. Gross domestic product is 70% consumption. Our ability to consume is going backwards.

Over the last several weeks, I have absorbed the thoughts of many economists, who all suggest that roughly two thirds of American households are living paycheck to paycheck.  Throughout the year, we have read many opinions that suggest Americans are saving very little of their income. I believe that, because it doesn’t appear that we have much left to save. We have also heard that savings may have been depleted.

This is a metric from the St. Louis bank branch of the Federal Reserve that suggests that the average American household is in more credit card debt right now, then at any other point in the last 20 years.

So, to me, it appears that our capacity to spend has gone backwards for a very long time, and the majority of what we do have to spend is being demanded by durable things that we must have, like food, fuel, healthcare, and shelter, to the point where we may have depleted what savings we had, and now, the average household is turning to credit cards to make those ends meet. So next year, when inflation is still likely to be higher, and wages may still be struggling to keep up with that inflation, you must now add the debt service on this albatross to that equation. I’m not sure how you connect these dots and come up with an expanding economy. 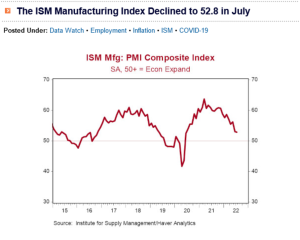 From a macro economic standpoint, we see that the ISM Manufacturing index does remain above the expansion line of 50, but look at the trend of the last 12 monthly readings. We are clearly moving in a discernibly negative direction. The same is true of the services ISM index. 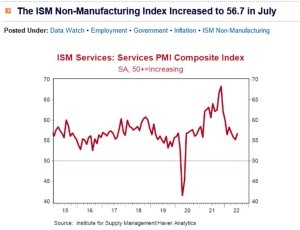 We can look at other metrics like housing, durable goods, industrial production, to see confirmation of these trends.

Housing is also a concern. I would suggest to you that nothing the Federal Reserve is doing right now, will have an impact on the cost of a gallon of gasoline, or the cost of food. In fact, Chairman Powell has recently admitted that the Fed has no power over these two durable, and pervasive areas of inflation. I would contend to you though, that with every next action, the Federal Reserve is actually adding to housing inflation. Through quantitative tightening, we see treasury prices declining, and yields rising. Mortgages are clearly tied to those yields that are rising. As a result, mortgage rates have more than doubled from where they were in mid-February. 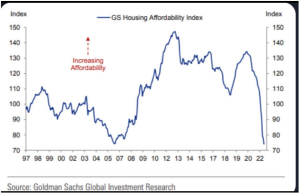 The Goldman Sachs housing affordability index is at a level that we have not seen in a very long time. As mortgage rates have increased, increasingly greater numbers of families have been priced out of the housing market. This means, that rental income is rising. Think about it. If I am a landlord, and the thing that I have is growing in demand, then why wouldn’t I raise rents?

Shelter is an economically durable thing. You will consume it.  So, food, fuel, and shelter, three durable things that we must have, and that you will consume regardless of the state of the economy, are increasing at a rate that is higher than that of headline inflation. Indeed, these wre the three largest contributors to the CPI reading in June.  The Federal Reserve, by its own admission, can’t touch two of them, and they’re making the third one worse with each sequential policy action. 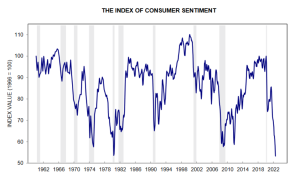 Lastly, according to the University of Michigan, consumer sentiment is at an all-time record low, going back to the inception of the survey in 1960.

Are we in a recession? We will find the official answer over the coming months, but for now, looking at the data that will go into that analysis, I am comfortable in suggesting that indeed we are in the beginning phases of a recession that could last for a long time. We will actually produce two videos and articles this month as we tackle this subject. Within our next commentary, we will talk in greater depth about investment strategies that people should consider when navigating recessed economic periods of time.