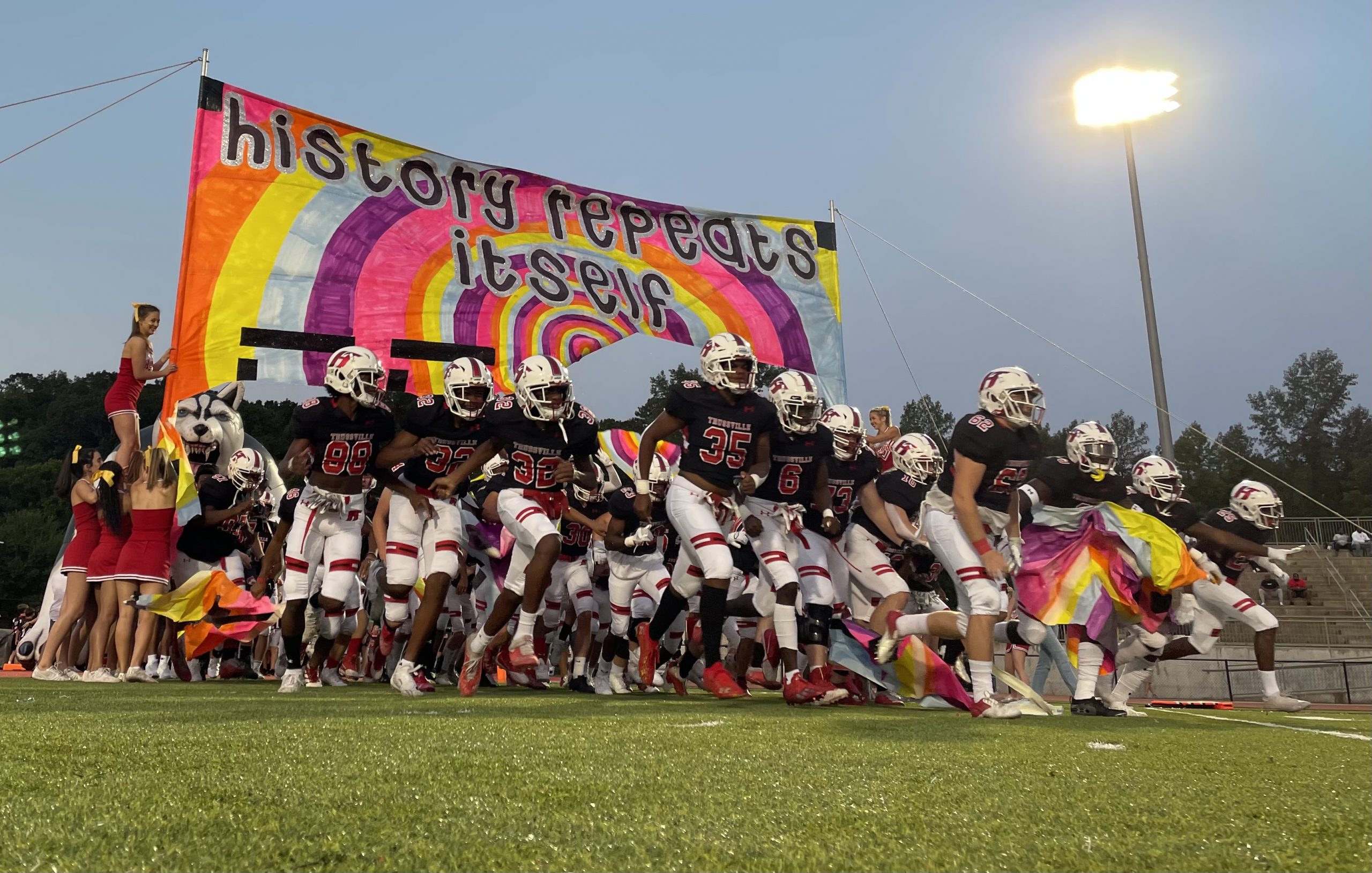 With the 2022 prep football season less than two weeks away from first kickoff, there’s a feeling of anticipation in the air. It was like an electric undercurrent during Tribune Media Days last week, as I quizzed local coaches and players about their prospects for the upcoming season. 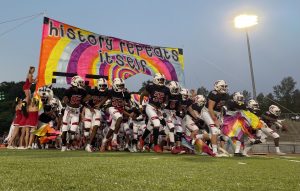 One thing was really clear: These players are tired of hitting their teammates. They’re absolutely ready to line up and play someone — maybe anyone — else. Looking over the schedules for each team in our coverage area, I have some thoughts on what we can expect.

This is going to be a different Huskies team than in years past. With two defensive linemen — Hunter Osborne and Connor Knight — signed to FBS programs (Alabama and South Florida, respectively), as well as the returning Tyrell Averhart up front, Hewitt-Trussville is going to mean business on the defensive side of the ball. They also return the leading tackler, Hunter Jones, at linebacker and Rickey Gibson in the defensive backfield.

Don’t be surprised to see the Huskies lean on that experienced, talented defense while the offensive side works out some kinks in the early going. I expect Hewitt will likely finish 8-2 or 7-3 in the regular season, and I think they’ll get a signature win over Hoover.

The 6A state champs are probably not going to run the table during the regular season. That midseason matchup with Thompson looms large, as does an early game against a familiar foe, 6A finalist Hueytown, who Clay held on to beat for the 2021 championship. That doesn’t mean that the Cougars can’t win another state title, of course.

The Cougars have talent to spare, especially two world-class receivers in Jaylen Mbakwe and Mario Craver, but they also return a very experienced and tough offensive line. Defensively, Clay-Chalkville will again be like the 2 Live Crew album that carried the first parental advisory warning: as nasty as they wanna be.

(My wife just warned me that the above reference is probably too old for most of our readers, but I’m leaving it in there, because it’s a good line.) The Cougars will finish 9-1 heading into the playoffs.

So many questions surround the Indians this season. New head coach, new starting quarterbac, new starting running backs. That could signal a down year, but Pinson Valley will surprise some folks, I think. Keywone Posey will likely start the season at quarterback, as he started a couple of games as a freshman and helped the Indians to some key wins while Zach Pyron was injured. Amare Thomas, a Virginia commit, should have another really good year.

Defensively, I know that Pinson Valley prides itself on its toughness and grit. The Indians are going to hit, and they’re going to try to make the other team quit. In the ultra-competitive 6A Region 6, I still see Pinson Valley as a playoff team. I expect them to finish 7-3 heading into the postseason.

Coach George Bates and I had a good conversation over the summer, where he told me that the Eagles have to deal with what’s in front of them after moving up to 6A and into Region 6. The Eagles proved they belonged in the elite among 5A teams, but reclassification means that they’re starting from scratch. They’ve got nothing to lose, and that’s going to make them dangerous.

Troy Bruce is clearly a great running back, and all he needs is a small crease to make something happen. Great hands, terrific speed, and he’s got the ability to make guys miss at all three levels. But I think his teammate, Jabari Collier, is my way-too-early pick for player of the year. Collier is quicker than a hiccup, and in a 100-meter run, he’s actually faster than Bruce. He’s been working hard to improve as a quarterback, and I think he’ll show that off. Throwing to Therman Moore and Harold Holloman is going to be a big help, too. Good, steady receivers always make QBs look even better than they are.

Center Point will finish 6-4 and make the playoffs in the toughest region in 6A.

When we talk Mountie football, we’ve got to talk about head coach Rueben Nelson, who won a 5A state championship at Ramsay back in 2016. Nelson knows what it takes to win, and the 3-7 campaign from 2021 will be where the building blocks of a successful program will be laid. That said, I think the Mounties are still a year away from being a playoff team. I have an enormous amount of respect for Coach Nelson, and you can tell he’s committed to rebuilding the program.

The Mounties will undoubtedly be better than they were last year. I saw them during their spring game against Springville, and the Mounties looked disciplined and focused, and they’ve definitely got some athletes — especially on the defensive side of the ball. Those boys look hungry. If they keep that up, they may be looking at 6-4 on the season.

Man, does Jerry Hood know how to build a program. Jarod Latta returns to start at quarterback for the Green Wave, and they’re going to need his steady leadership behind center. Jeremiah Hunter replaces the reliable Rametrius Yelverton at tailback, and CJ Douglas will be roaming the defensive backfield. Those Leeds boys will again be dangerous.

The Green Wave went 10-2 last season, and there’s really no reason to think that they can’t do the same thing this season. Alexandria will be a tough row to hoe, but the Cubs always are. The fact is that Leeds is always going to be a physically and mentally tough team that’s going to play disciplined football. That’ll be more than enough to get them into the playoffs again. Leeds will finish the regular season at 8-2 and make a deeper run than they did in 2021.

Here’s where I think Moody has a winner in head coach Jake Ganus: He’s got those boys excited to play football. Talking with Davion Dozier, who will again be a deep threat for the Blue Devils, he was most excited to show what he can do in the middle of the field. Expect to see a more versatile Dozier unleashed. Cole McCarty will play well at quarterback, replacing the departed A.J. Wallace, and Amon Lane is going to be the player to watch anytime he’s on the field. Blaine Burke, who has put on a significant amount of muscle, will be a force in the backfield.

If the offensive line can live up to its potential, you’re going to see Moody make some headway in 5A Region 6. The Blue Devils will be better, but the region is stronger after reclassification. I think 7-3 feels right for Moody. They’ll make the playoffs, along with Leeds, Alexandria and Southside.

It’s going to be an adjustment for the Tigers as they move from 6A to 5A. Asa Morrison moves from backup QB to starter, and I think that will be a good thing for Springville. Morrison’s teammates like and trust him, and he’s a good enough athlete at the position — and big enough, at 6-4 — to see the whole field and get the ball where it needs to be.

Springville’s gonna see some not-so-friendly faces in region play, however. I expect the Tigers to be much more consistent in their execution on both sides of the ball during head coach Jon Clements’s second season. Will that improvement be enough in a revamped region that got even tougher with reclassification? I’m not sure. I think Springville finishes 6-4 but misses the playoffs.

Come the end of the season, I guess we’ll find out how well I fare as a prognosticator, won’t we?

Bobby Mathews is sports editor at The Tribune and author of the novel Living the Gimmick. Reach him by email: bobby.mathews@trussvilletribune.com or on twitter: @bobbymathews.