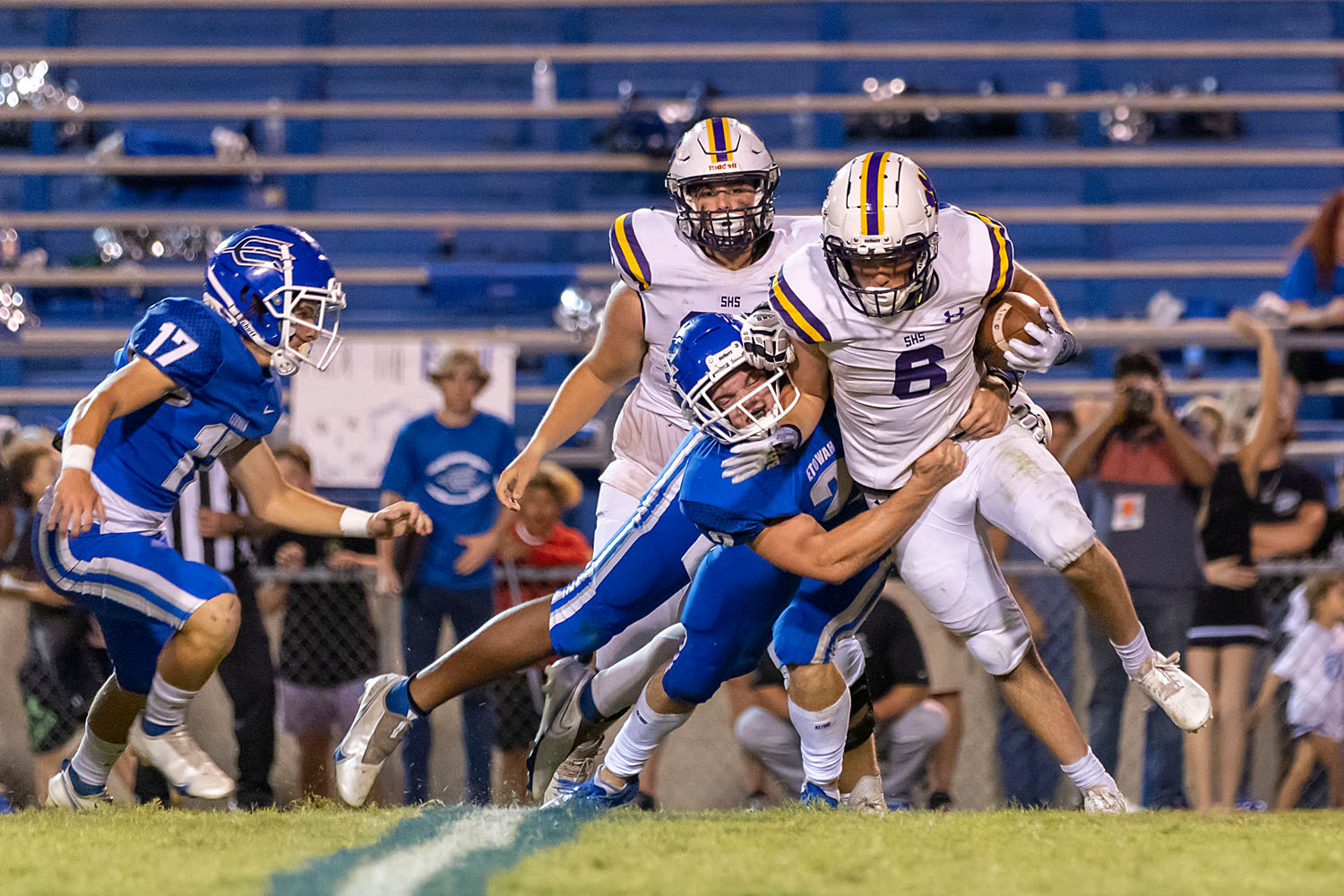 By Bobby Mathews and Loyd McIntosh

ATTALLA — Springville ran into a buzz saw of a defense on Thursday night to open the 2022 season as the Tigers fell to the Etowah Blue Devils 35-0. 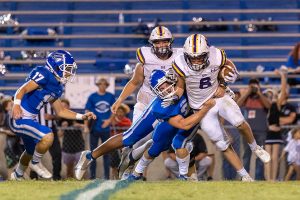 Etowah, under new coach Matt Glover, went into halftime with a 14-0 lead and never looked back. For Springville, though, penalties and execution hampered the Tigers’ efforts. The opening drive looked promising, but the Tigers failed to score after a time-consuming 16-play drive.

“We need to go in there and get our mind right a little bit. We looked a little sluggish there towards the end,” Tigers head coach Jon Clements said at halftime. “Offensively, we gotta get some first downs so we don’t send the defense back on the field. I thought the opening drive — we had 16 plays —I thought that was pretty good, but we haven’t done a whole lot since then, so we gotta change it up a little bit. We’ve got to be able to run the football in the second half to have a chance.”

Etowah made the adjustments it needed to at halftime, slowly constricting the Tigers’ offense, closing down running lanes and then teeing off on third-and-long. The shutout was clearly disappointing to Clements, who is now in his second season at Springville, but the coach still saw bright spots in his team’s performance.

“I hate it because I want these kids to have success, and it’s going to come because they do the work the right way, they play the right way, we just got to learn how to finish it,” Clements said after the loss. “That’s going to happen. They’ve got to learn those kind of things. They say that the best teams make their best improvement from one to two. We’ll see what Mortimer Jordan brings to us next Friday.”

With a team made up of mostly underclassmen, Clements hopes that the Tigers use the opening night loss as a learning opportunity.

“I just want to tell them to be us. Quit worrying about everybody else is doing and be us. When we learn that and to stay in our own lane, I think it’s going to be all right,” Clements said. “When you’re young you find a lot of excuses and a lot of fingers to point at people but they’re going to learn that some of that is the man in the mirror and that’s a hard lesson to learn but they’re going to have to grow up fast and we gotta get back to work on Sunday.”