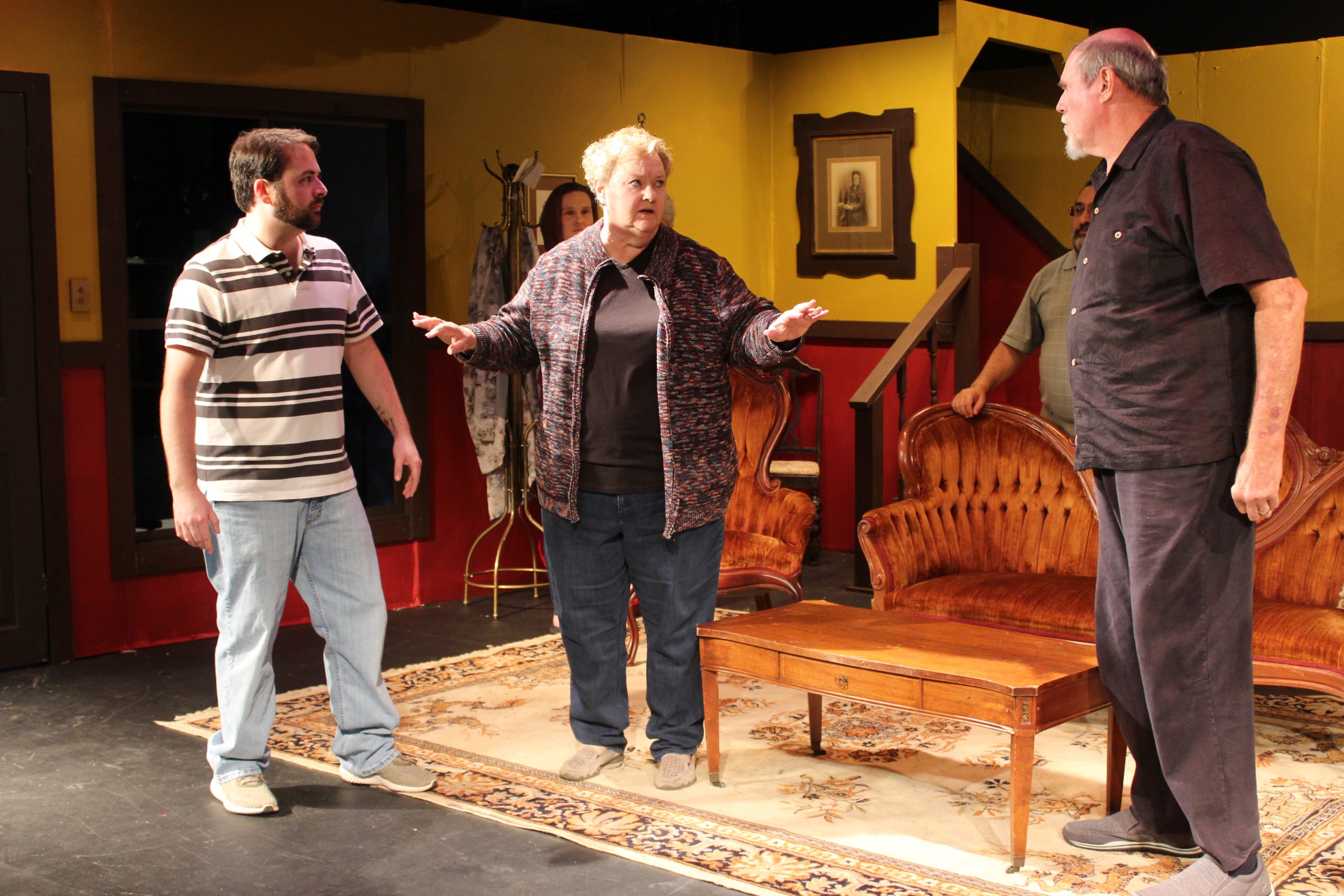 LEEDS — The Leeds Arts Council is taking the iconic “Arsenic and Old Lace” by Joseph Kesselring and is putting their spin on the wildly hilarious and twisted play. 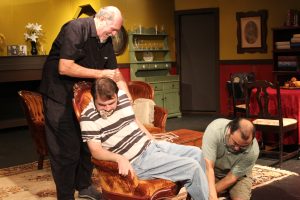 Will Mortimer survive the show, or will he become one of the victims? (Photo by Hannah Curran)

Many know the show from the subsequent film “Arsenic and Old Lace,” but the Leeds Arts Council hopes to leave the audience laughing and wanting more with their production of the 1939 play.

“Expect twist and chaos, especially when Mortimer’s long-lost brother, Teddy [played by Carter Sanderson], comes in,” Skaggs said. “Mortimer kind of starts to put into motion a plan to pin everything on Teddy since he’s crazy and to save his aunts from the consequences of what they’re doing. Teddy is a legit murderer, like a serial killer.”

However, the aunts believe their actions are merciful and a form of “charity” because “they’re just putting lonely old gentlemen out of their misery.”

“You would be surprised at what these little old ladies are doing,” Love said. “There, not what they appear to be; we’re just doing charity.”

Carroll explained that she and Love are like sisters in real life, and to play sister in this play has been a delight.

“We’ve been in other plays together, so it’s been fun,” Carroll said. “We just want people to come out and enjoy themselves.”

Zach Skaggs originally cast as Mortimer Brewster, took over the director’s position after the original director stepped down. This production will be his first time in the director’s seat, and he said this play holds sentimental value. Skaggs’ father was cast in the same play many years ago, and now the play has come full circle.

“My dad played Teddy Brewster, the brother who thinks he’s Theodore Roosevelt,” Skaggs said. “So this is the specific show that he was in, and I’ve known about it for many years, ever since I was young. I’ve always wanted to be in it, which is why I auditioned for it, but getting to direct it was pretty awesome, too.”

The show went through a slight recast when Skaggs became director, but he said the farcical black comedy is still as twisted as ever.

“We’ve got a really great cast,” Skaggs said. “We’ve got some folks that have stepped up, and we’re really looking forward to sharing it with the community.” 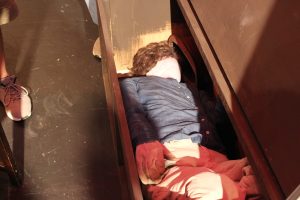 Bever stepped into the role of Mortimer when Skaggs became the director, and he said it’s been an exciting experience, and he hopes the audience will enjoy it as well.

“We’re trying to make it thematic and as immersive as we can for the audience,” Bever said. “So just a fun night and get ready for the crazy.”

The question remains will Mortimer be able to successfully frame his brother, or will he get tied up in the chaos of it all?

“Just be ready to laugh, be ready to sit back and enjoy,” Skaggs said. “It’s just an entertaining and funny story. We will serve special refreshments during the show, so come on out.”